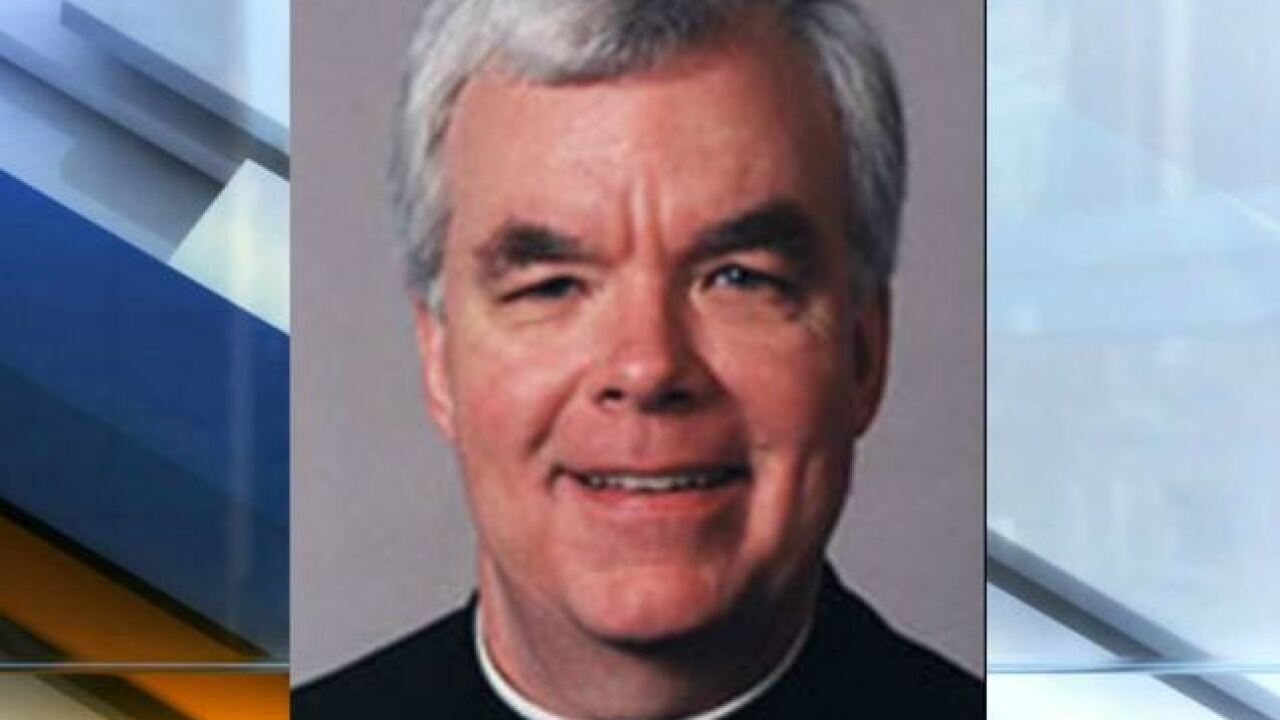 Copyright 2018 Scripps Media, Inc. All rights reserved. This material may not be published, broadcast, rewritten, or redistributed.
archindy.org

INDIANAPOLIS -- A priest for the Archdiocese of Indianapolis has been suspended for a decades-old allegation of sexual misconduct.

The report of sexual misconduct against Fr. Patrick Doyle from "several decades ago" was received by the Archdiocese's Victim Assistance Coordinator on Tuesday, according to a release sent out by the Archdiocese of Indianapolis.

Fr. Doyle is the second Indianapolis priest to be suspended since Indianapolis Catholic Archbishop Charles Thompson issued a letter late last month saying he was preparing a list of clergy, living and dead, with a substantiated claim of sexual abuse against a minor or child.

In his letter to the members of the Indianapolis Archdiocese, Archbishop Thompson said there can be no further cover-up and everyone, including bishops, must be held accountable.

Last week, the Archdiocese suspended Fr. John Maung after receiving a report that he abused a child "several decades ago." Fr. Maung has denied the claim against him.

Fr. Patrick Doyle, a priest for the Archdiocese of Indianapolis, has been suspended after a report of sexual misconduct several decades ago was received by the archdiocese’s victim assistance coordinator on September 4, 2018. The Archdiocese immediately made a report to civil authorities and has notified the Archdiocesan Review Board of the allegation.

Fr. Doyle is prohibited from all public ministry while an investigation is pending.

If you are a victim of sexual misconduct by a person ministering on behalf of the Church, or if you know of anyone who has been a victim of such misconduct, please contact civil authorities and the Archdiocesan Victim Assistance Coordinator Carla Hill.

Let us hold all victims of sexual abuse and misconduct and their families in prayer.