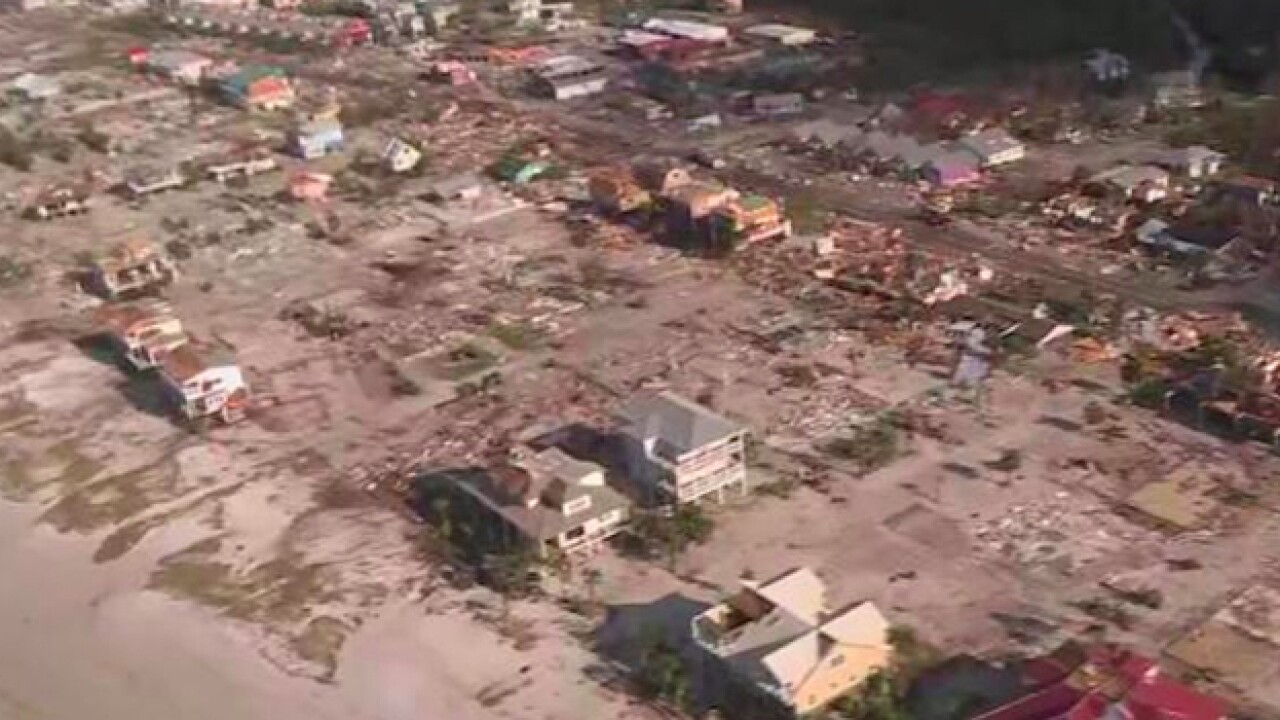 © 2018 Cable News Network, Inc.
<p>Most of Mexico Beach, Florida was destroyed by Hurricane Michael as the eye of the storm made landfall there Wednesday, Oct. 10, 2018.</p> 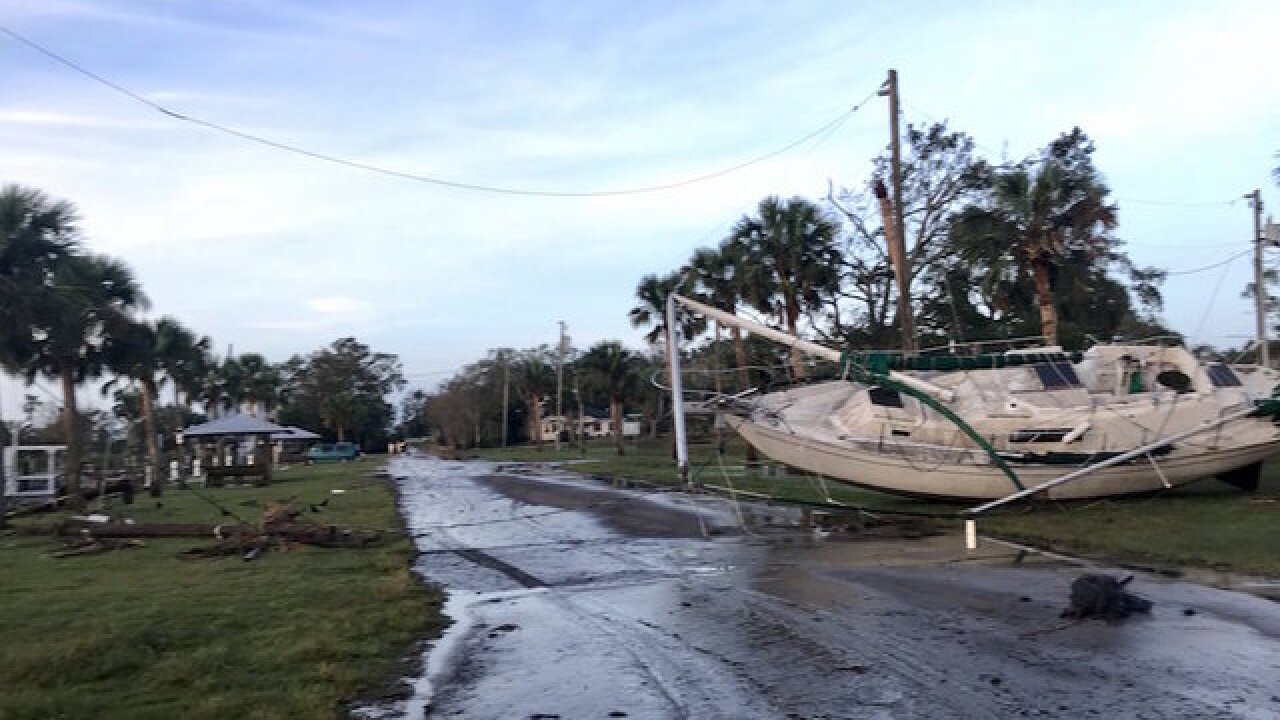 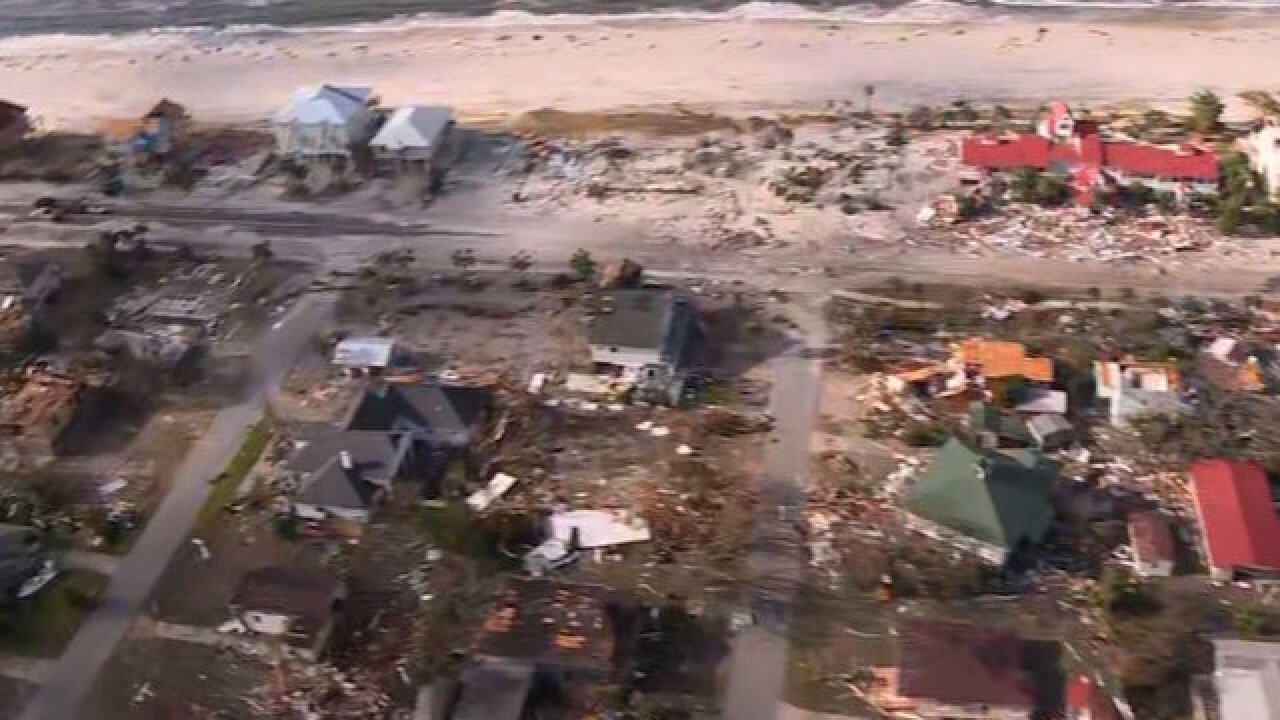 Mexico Beach, Florida, is not just destroyed. For the most part, it's not there anymore.

From a helicopter, you can see many of the homes and hotels that populated this beachside town of about 1,200 are gone. A few houses and other structures remain standing, but they're the exceptions.

Hurricane Michael's wind and storm surge ripped up buildings like posies and carried them inland. Where homes once stood, offering premium views of the Gulf of Mexico, a few boards lay scattered across foundations.

Cars, mattresses, grills and toilets were tossed all over town. An entire house was thrown 100 yards down the beach, landing on its side.

"We had furniture in our house that wasn't even ours," Scott Boutwell said, explaining that when he returned to his home Thursday the only belongings he could find was a briefcase.

He described how homes "tumbled and crashed" on the beach. Cars floated by. Debris whipped through the air. He rode out the storm because he didn't think it was going to be so bad. By the time, he realized that was a bad assessment, the bridges were already closed.

"When the water came in, houses started floating in front of our home," he said. "And then once you seen that, then everything just went black. You couldn't see anything anywhere."

When visibility returned, "we realized everything was gone," Boutwell said, including his neighbor's beach home and car. He said he thinks she was home when Michael hit.

While many cities along the Florida Panhandle enjoy the protection of various channel, barrier and tied islands, which can help stifle the impact of storm surge on the mainland, Mexico Beach sits between Crooked Island and the St. Joseph Peninsula, directly on the water.

"As you go east of Panama City, that's where that wall of water on the eastern side of the eye wall is," Sen. Bill Nelson said. "You are going to see a lot of destruction when the rescue crews get into Mexico Beach. ... That's where you're going to see the extreme, extreme devastation."

Patricia Mulligan said she survived Hurricane Andrew in 1992, only to encounter the wrath of another storm Wednesday.

Mulligan and her family rode out Hurricane Michael in their Mexico Beach condo. She said she moved to the popular seaside destination, about 20 miles east of Panama City Beach, less than three months ago.

As the Category 4 storm's center crossed nearby, Mulligan said, her concrete complex shook and vibrated against sustained winds of around 155 mph. Water seeped into her fourth-floor apartment.

When she dared to look outside, water was grazing the fronds of tall palm trees on the beach. Homes were swallowed in storm surge. Soon enough, Mexico Beach's emerald waters and sugar-sand beaches were covered in a dark sea of debris, she said.

Michael ripped apart beach homes and boats, she said. As far as she could see, only one home was still intact. The rest were missing roofs or siding.

The marina her brother owns is submerged, she said. The docks are gone and several boats were capsized, including one belonging to her brother, she said.

"This is total devastation," she told CNN. "We didn't think it was going to be this bad."

Asked why her family didn't leave, she said she thought they were safe on the fourth floor of a concrete building. Her home is still standing, unlike others, she said.

When she looks outside, she sees damage that reminds her of Andrew, damage that could take as long to rebound from.

"Same devastation. Same winds," she said. "I would have to say at least as long as it did for Hurricane Andrew, and that took months and months. Could be even years."

Boutwell said he doesn't even know where to begin his family's recovery effort.

"This was never in our imagination," he said. "All the stores, all the restaurants, everything -- there's nothing left here anymore."