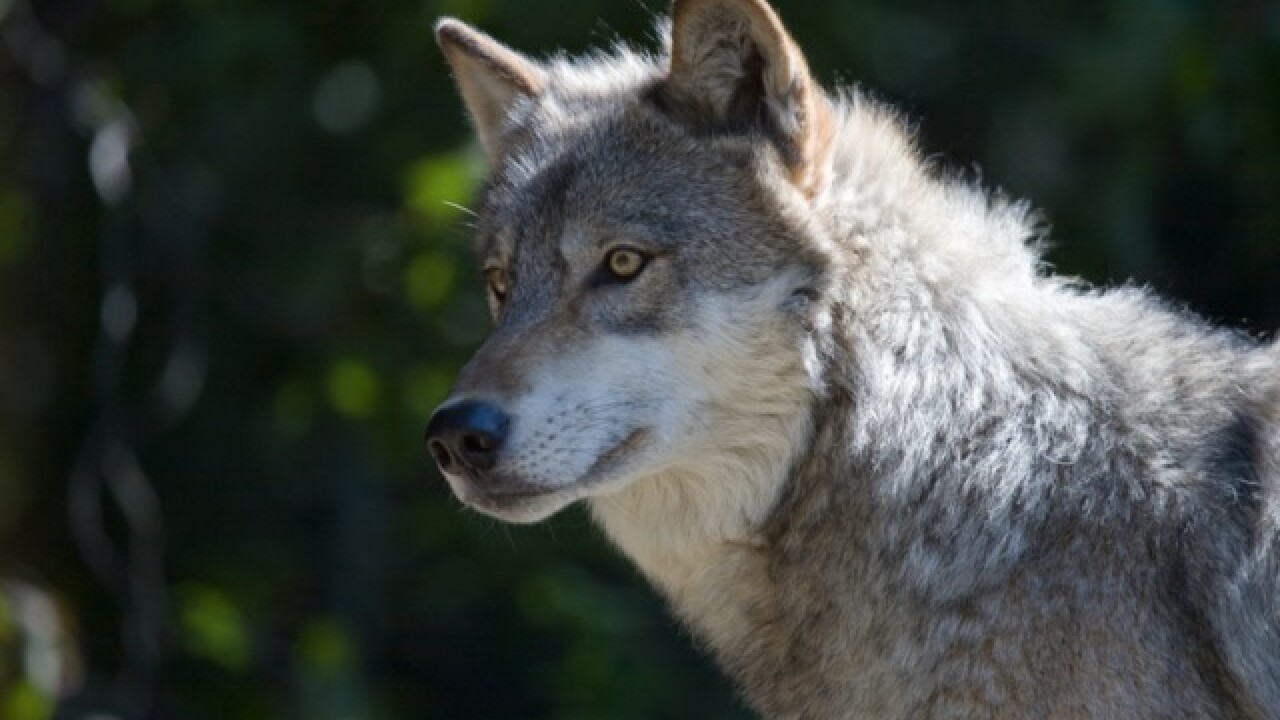 WASHINGTON (AP) — The Republican-controlled House passed a bill Friday to drop legal protections for gray wolves across the lower 48 states, reopening a lengthy battle over the predator species.

Long despised by farmers and ranchers, wolves were shot, trapped and poisoned out of existence in most of the U.S. by the mid-20th century. Since securing protection in the 1970s, wolves have bounced back in the western Great Lakes states of Michigan, Minnesota and Wisconsin, as well as in the Northern Rockies and Pacific Northwest.

About 5,000 wolves live in the lower 48 states, occupying less than 10 percent of their historic range.

The Fish and Wildlife Service is reviewing the wolf's status and is expected to declare they've recovered sufficiently to be removed from protection under the Endangered Species Act.

The House bill would enshrine that policy in law and restrict judicial review of listing decisions. The measure was approved, 196-180, and now goes to the Senate, where prospects are murkier.

The bill's chief sponsor, Rep. Sean Duffy, R-Wis., said farmers in Wisconsin and other states are "one step closer to having the legal means to defend their livestock from gray wolves."

States should be responsible for managing wolf populations, "not Washington bureaucrats," Duffy said.

Environmental groups and many Democrats slammed the bill as a last-ditch effort by Republicans to push a pro-rancher agenda after losing control of the House in this month's midterm elections.

"The American people overwhelmingly support the Endangered Species Act and the magnificent animals and plants it protects," Hartl said. "We don't expect to see these disgraceful anti-wildlife votes next year under Democratic control of the House."

Livestock industry associations representing ranchers who have to contend with wolves scaring and attacking cattle and sheep supported the bill. They said in a letter to Congress that wolf populations have recovered to the extent that the animal would have been removed from the endangered species list if not for "activist litigants" who "used the judicial system to circumvent sound science and restore full ESA protections to these predators."

A spokeswoman for the Fish and Wildlife Service said the agency is completing a review of the wolves' status in the lower 48 states and expects to make a recommendation in coming months. The agency did not take a position on the House bill.