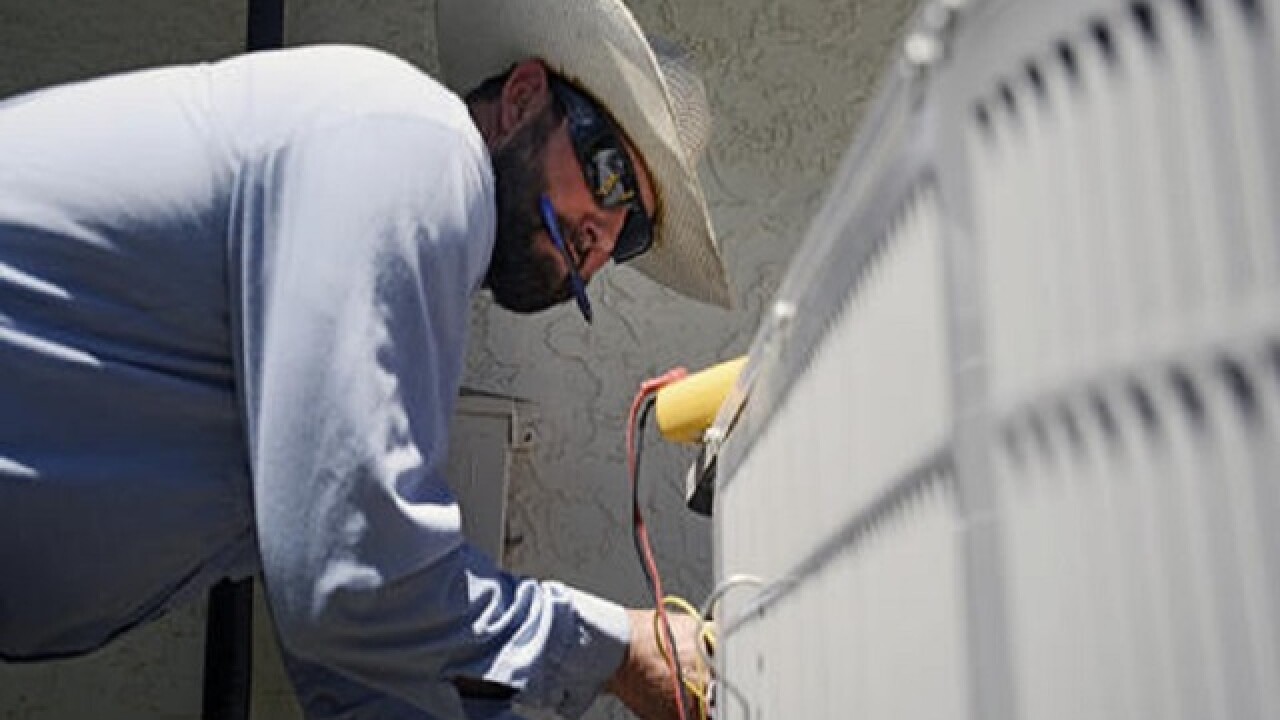 By: Associated Press
Posted at 7:51 PM, Jun 02, 2016
LAS VEGAS (AP) — Parts of the Western U.S. are getting an early taste of scorching summer heat, forcing officials in California, Oregon and desert Southwest states to heed the warnings of dangerous, triple-digit temperatures in this first week of June.
Organizers rescheduled California's state track and field championship events to start in the evening hours Friday and Saturday. The competition is being held in Clovis in the San Joaquin Valley, where daily highs are expected to top 100 degrees through the weekend, according to the National Weather Service.
Precautions are also in place ahead of Portland's Rose Festival on Saturday in Oregon, when the mercury is expected to rise to 99 degrees in the city and 103 degrees downstate in Medford.
Marching bands have asked event officials if they can ditch some of the pomp and circumstance by taking off their hats and changing their uniforms during judged performances to cope with the stifling heat, according to spokesman Rich Jarvis. The popular festival is also renting mist machines and handing out sunscreen around a carnival area on the Willamette River waterfront.
"We're telling people, 'Beware,'" Jarvis said. "It's going to be tough."
The severity of the heat wave in the forecast is also putting Southwest desert areas under an excessive heat warning. The life-threatening heat is expected Friday morning through Sunday night, from southern Nevada including Las Vegas, up to Death Valley and desert sections of San Bernardino County along the California border and over to Arizona's Lake Havasu and the Phoenix area, according to the weather service.
The dangerously hot temperatures will peak Saturday, with highs between 105 and 110 in Sin City, 111 to 118 in Phoenix and 115 to 121 in Death Valley.
Phoenix's parks and recreation department is preparing for the heat by having rangers out during peak times at popular locations, like the Echo Canyon Recreation Area and South Mountain Park. The city oversees nearly 200 miles of trails.
"That way a ranger can maybe spot a person that needs water or help them make the decision on whether it's safe to hike or not," said Gregg Bach, a department spokesman.
National Weather Service Meteorologist Clay Morgan said the heat impact level, which considers the temperature and duration of such soaring degrees, prompted the warning. Gradual temperatures help the body get acclimated, so a sudden upswing and a steep climb in a short period can exacerbate health risks and the potential for heat exhaustion, stroke and even death.
It's a particular concern in Las Vegas, which faced its first triple-digit day this year on Wednesday, a week later than average, and had highs in mid-May swinging from 99 to 75 in a matter of days.
"This was a little bit late in the year for 20-degree swings like that," Morgan said.
This also comes on the heels of a toasty 2015. June 2015 in Las Vegas was recorded as the hottest ever for the month. The valley's overall average temperature for the year was 71.8 degrees, just shy of topping the record set at 72 degrees in 2014.
Though the Old Farmer's Almanac has already predicted above-normal temperatures for most of the country this summer, Morgan said it's too early to call any trends yet.
"It's a brief, transitory high-pressure ridge (building from the west) and has little or nothing to do with the next 90 days," Morgan said.
Copyright 2016 The Associated Press. All rights reserved. This material may not be published, broadcast, rewritten or redistributed.