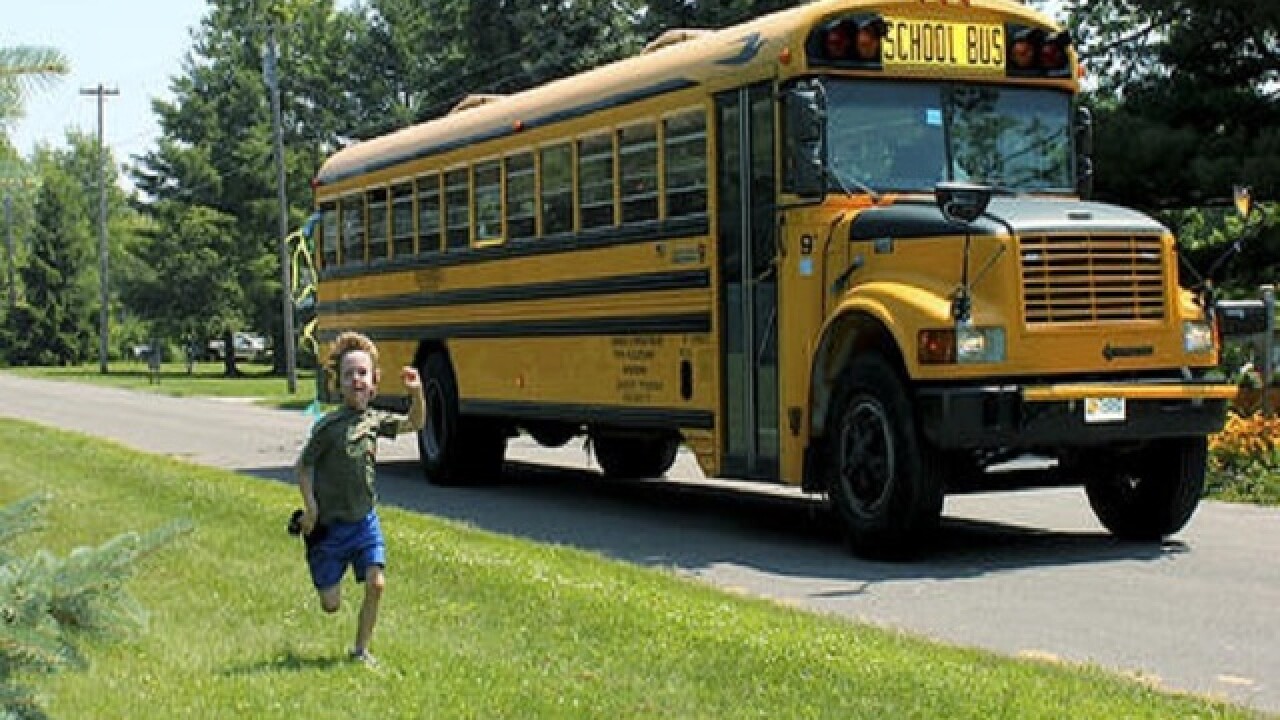 Mark Barden
<p>In this 2011 photo provided by Mark Barden, his son Daniel Barden runs alongside a school bus in Newtown, Conn. Daniel was among those killed during the Sandy Hook Elementary School shootings on Dec. 14, 2012, in Newtown. Mark Barden is one of the subjects in the documentary "Newtown," which debuted earlier this year at the Sundance Film Festival. Its first public showing in Connecticut will be at the Greenwich International Film Festival, which begins on Thursday, June 9, 2016, in Greenwich, Conn. (Mark Barden via AP)</p>

By: Associated Press
Posted at 11:25 PM, Jun 19, 2016
HARTFORD, Conn. (AP) — A Connecticut judge is set to hear arguments on whether to dismiss a lawsuit against the maker of the semiautomatic rifle used to kill 20 children and six adults at Sandy Hook Elementary School in 2012.
The families of nine children and adults killed at the Newtown school and a teacher who survived are suing Remington Arms, the parent company of Bushmaster Firearms, which made the AR-15-style rifle used in the shooting. They say the company knew the rifle was meant for the military and too dangerous to sell to civilians.
A state judge in Bridgeport is scheduled to hear arguments Monday morning.
The gun company's lawyers argue the lawsuit is barred by a 2005 federal law that shields gun manufacturers from most lawsuits over criminal use of their products.
Copyright 2016 The Associated Press. All rights reserved. This material may not be published, broadcast, rewritten or redistributed.