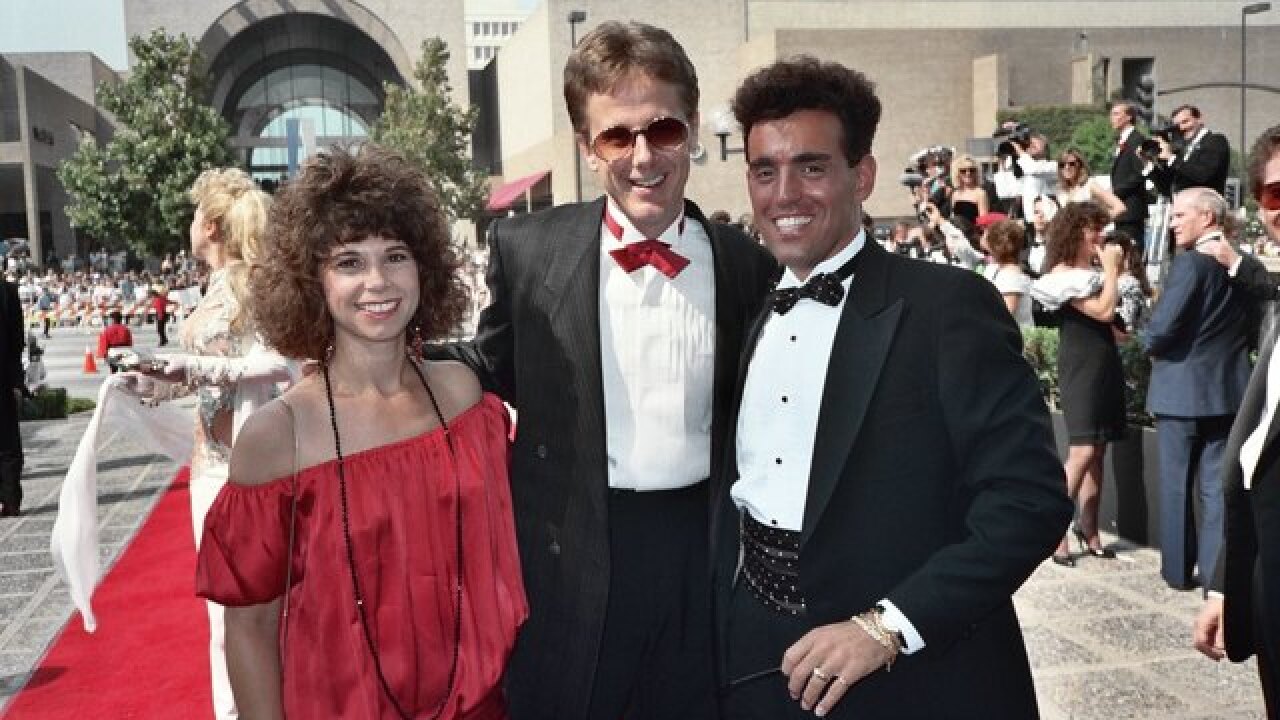 Copyright 2018 Scripps Media, Inc. All rights reserved. This material may not be published, broadcast, rewritten, or redistributed.
<p>Anderson, middle, died on Monday. </p>

Actor Harry Anderson, best known for his portrayal of Judge Harry Stone in the 80s sitcom "Night Court" was found dead in his home in Asheville, North Carolina on Monday, local police confirmed to WHNS-TV.

Asheville Police told the station that no foul play was suspected in his death.

Anderson was age 65, and survived by his wife of 18 years Elizabeth Morgan.

Anderson appeared in 193 episodes of "Night Court", which spanned from 1984 to 1992. During his span playing the role of Stone, Anderson received two Primetime Emmy nominations for Best Lead Actor.

Following his stint on Night Court, he played the lead role of Dave Barry in "Dave's World" from 1993 to 97.

TV network Laff, which is owned by the E.W. Scripps Co., airs reruns of Night Court weekdays from 3 to 5 p.m. ET.