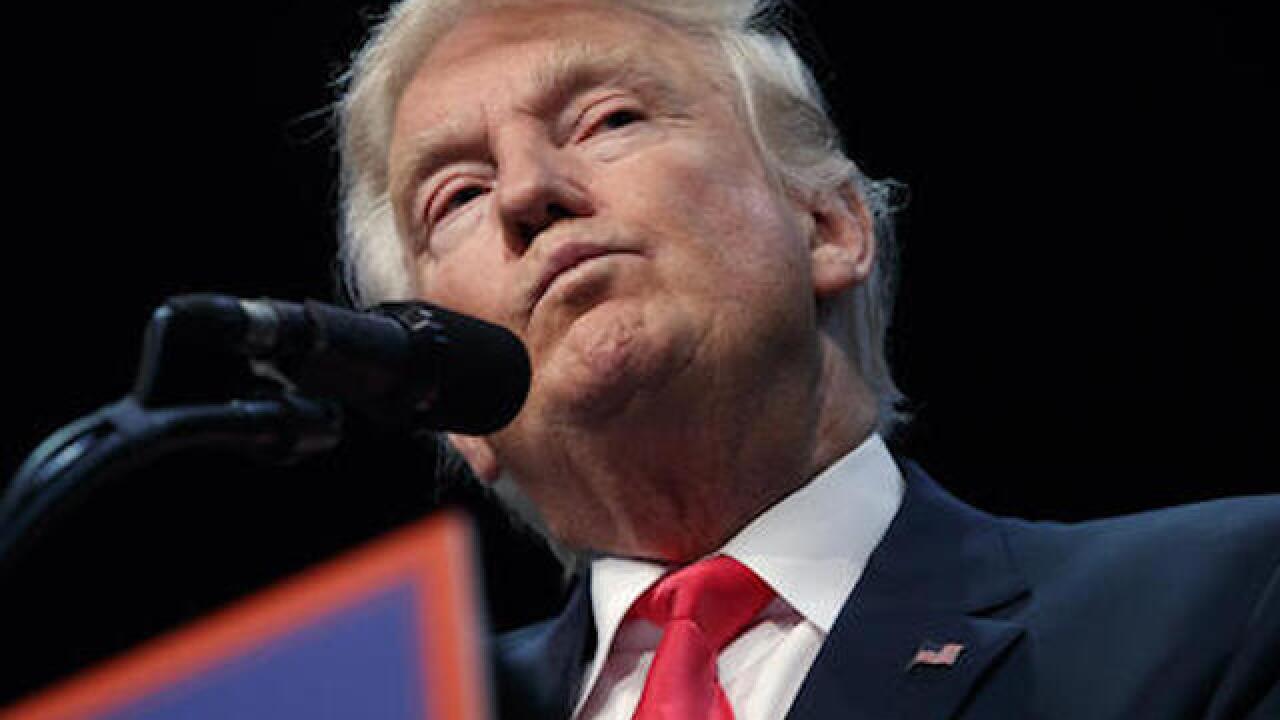 Party chairman Reince Priebus is appealing to the New York billionaire's adult children to help amid new signs of a campaign in trouble.

Trump's operation has been beset by internal discord, including growing concern about general election preparedness and a lack of support from Republican leaders, according to two people familiar with the organization's inner workings.

One of the people said Trump privately blames his own staff for failing to quiet the backlash from his own party after he criticized an American Muslim family whose son, a U.S. Army captain, was killed in Iraq.

The inner tension comes as Priebus and handful of high-profile Trump allies consider whether to confront the candidate directly to encourage a new approach following a series of startling stances and statements. In the midst of the uproar over his continued criticism of the Khan family, Trump infuriated Priebus and other party leaders by refusing to endorse GOP House Speaker Paul Ryan's re-election.

The officials, including one with direct knowledge of Priebus' thinking, were granted anonymity to discuss internal strategy because they were not authorized to discuss the sensitive issue publicly. This came after one of the most tumultuous weeks of Trump's presidential campaign.

Trump's campaign chairman Paul Manafort said Thursday that Trump and Priebus have spoken several times in the last two days. Manafort, speaking on ABC's "Good Morning America," played down the conflict with Ryan. He said the campaign has "sort of had a rule of not getting involved in primaries" and noted that Ryan's rival, a strong Trump supporter, "is not going to win."

Trump on Wednesday dismissed suggestions that the GOP frustration was hurting his campaign, even as he openly contemplated an Election Day loss.

"Wouldn't that be embarrassing to lose to crooked Hillary Clinton? That would be terrible," he said during a campaign stop in battleground Florida. He also insisted, "We've never been this united."

In an interview later Wednesday with Florida's WPEC-TV, Trump was asked if he was being "baited into battles."

The most powerful Republicans in Washington and New York's Trump Tower concede things will not change unless Trump wants them to.

"The candidate is in control of his campaign," campaign chairman Manafort told Fox News Channel on Wednesday, highlighting his inability to control the nominee. "And I'm in control of doing the things that he wants me to do in the campaign."

Clinton, meanwhile, kept up her assault on Trump's business practices, holding up a Trump-branded tie as she spoke at the Knotty Tie Company in battleground Colorado.

"I really would like him to explain why he paid Chinese workers to make Trump ties," she told employees in Denver, "instead of deciding to make those ties right here in Colorado."

Trump blamed the media — "so dishonest" — for growing criticism of his recent statements and his unwillingness to accept guidance from senior advisers.

Privately, however, Trump has concerns about his own team.

He was deeply upset when GOP leaders "took the other side" during his ongoing quarrel with the Khan family, one person said, and blames his campaign staff for not keeping top Republicans in line. Another person said Trump is irritated that general election planning in battleground states isn't further along with less than 100 days until Election Day.

The internal tension is complicated by Trump's frequent travels without his senior advisers and his adult children, who wield significant influence in the campaign, the people close to the campaign said.

Trump stunned Republicans by telling The Washington Post in an interview Tuesday that he wasn't ready to endorse Ryan, who faces a primary contest in Wisconsin next week. Ryan has backed Trump despite deep differences on policy and temperament, and has encouraged other Republicans to unite behind the party's nominee.

Former Trump adviser Barry Bennett acknowledged signs of poor morale among the campaign staff he maintains contact with, but he also said it would be silly to dismiss Trump's chances with three months before Election Day.

"This would be the end of any other Republican candidate in the history of the country. And he's only 5 or 6 points behind," Bennett said.

Indeed, Trump on Wednesday reported raising $80 million in July for his campaign and the Republican Party, a significant improvement from past months. Clinton raised about $90 million over the same period.

Privately, Trump points to his recent fundraising success, large rallies and decent polling against a seasoned candidate as evidence that his campaign is working well.

And his loyalists continue to stand behind him.

"The media is blowing this out of proportion significantly," said New Hampshire Rep. Stephen Stepanek.