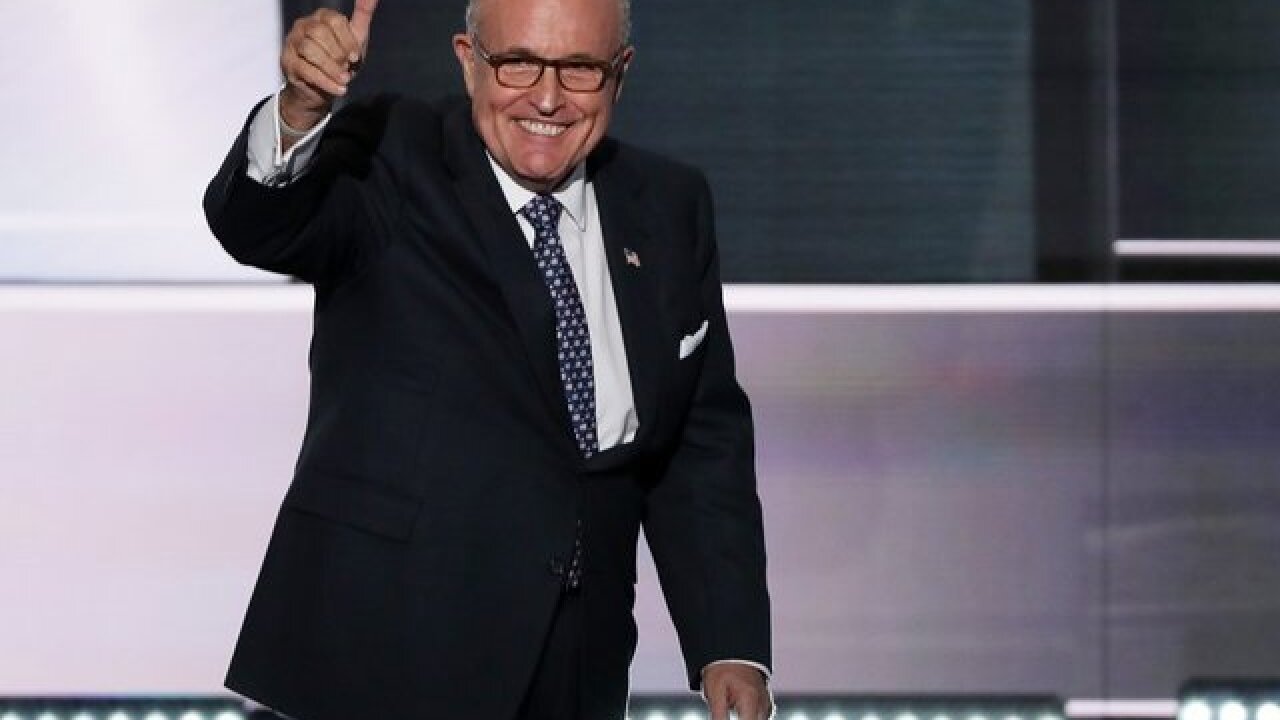 Rudy Giuliani said Wednesday that President Donald Trump paid back his personal lawyer, Michael Cohen, the $130,000 in hush money that was used to pay off Stormy Daniels.

The payment is going to turn out to be "perfectly legal," Giuliani said in an interview with Fox News' Sean Hannity.

Hannity replied: "Because they funneled it through the law firm?"

To which Giuliani said: "Funneled it through the law firm, and the President repaid him."

Mr. Cohen, an attorney, received a monthly retainer, not from the campaign and having nothing to do with the campaign, from which he entered into, through reimbursement, a private contract between two parties, known as a non-disclosure agreement, or NDA. These agreements are.....

...very common among celebrities and people of wealth. In this case it is in full force and effect and will be used in Arbitration for damages against Ms. Clifford (Daniels). The agreement was used to stop the false and extortionist accusations made by her about an affair,......

...despite already having signed a detailed letter admitting that there was no affair. Prior to its violation by Ms. Clifford and her attorney, this was a private agreement. Money from the campaign, or campaign contributions, played no roll in this transaction.

Trump previously denied knowledge of the payment, which has since spurred a lawsuit against Trump.

Cohen admitted to paying Daniels out of his own pocket through a private LLC. However, Trump never signed the nondisclosure agreement, so Daniels is claiming in her suit that the agreement is now void.

There have been questions surrounding the legality of the payment considering various campaign finance laws.

In January, the group Common Cause sent letters to Deputy Attorney General Rod Rosenstein and the Federal Election Commission asking them to investigate the Daniels payment, calling it an illegal in-kind campaign contribution.

Daniels' lawyer Michael Avenatti said he was "stunned" by Giulani's claim that Trump knew about the payment. "I am stunned and speechless. If this is accurate, the American people have been lied to and deceived for months. And justice must be served," Avenatti said.

In the same interview, Giuliani also called ex-FBI Director James Comey a "disgraceful liar," and said he thinks Comey should be prosecuted.

"I know James Comey. I know the President. Sorry Jim, you're a liar -- a disgraceful liar," Giuliani said.

Giuliani then went on to say that "every FBI agent in America has his head down," because of Comey.

Giuliani recently joined Trump's legal team in an effort to bring special counsel Robert Mueller's investigation into Russia's 2016 election meddling and any possible coordination with the Trump campaign to an end. The addition of Giuliani came following the departure of Trump's former lawyer John Dowd.

Comey and Trump have had a tumultuous relationship following Comey's firing. Comey recently published a memoir, which detailed his encounters with the President, and has said he thinks Trump is "morally unfit" for the presidency.

Trump, in turn, has also repeatedly sounded off on Comey via social media.

Prior to Comey's book release, Trump even insinuated Comey should go to jail, tweeting: "The big questions in Comey's badly reviewed book aren't answered like, how come he gave up Classified Information (jail), why did he lie to Congress (jail), why did the DNC refuse to give Server to the FBI (why didn't they TAKE it), why the phony memos, McCabe's $700,000 & more?"

Giuliani echoed that suggestion on Fox News, telling Hannity that Comey should be prosecuted.

"Comey should be prosecuted for leaking confidential FBI information when he leaked his report intended to develop a special prosecutor for the President of the United States," Giuliani said.