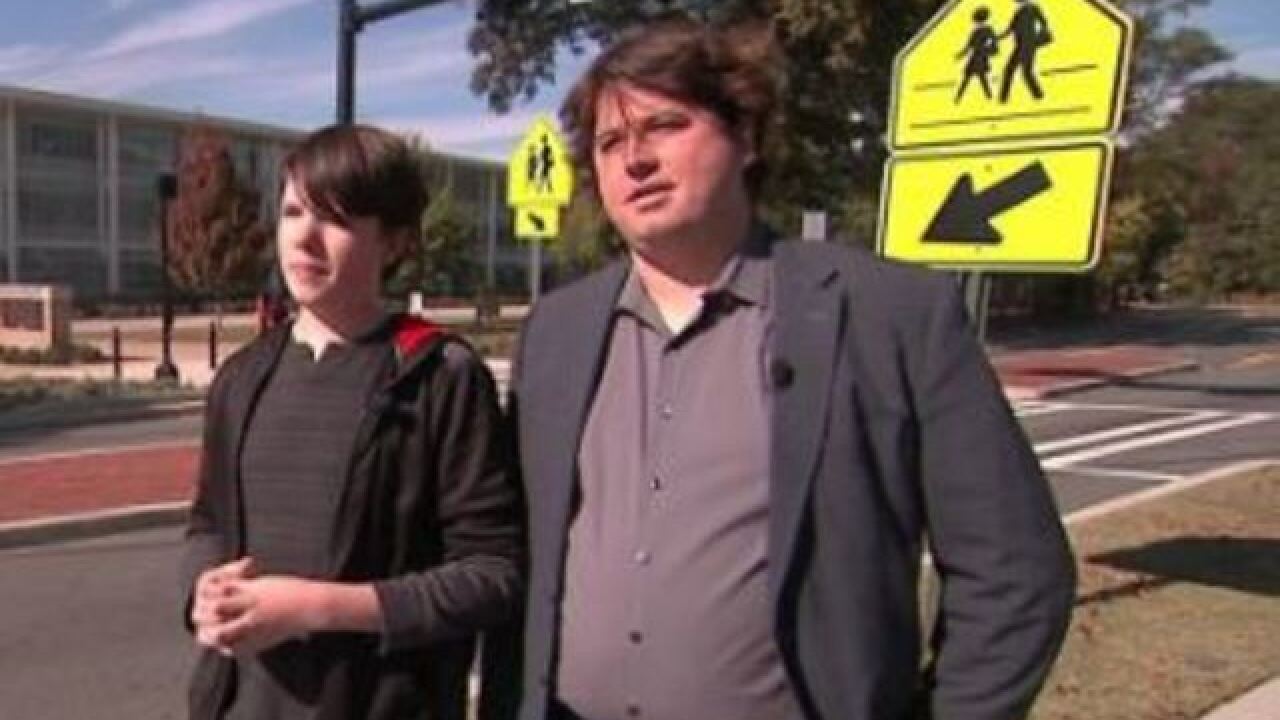 He and hundreds of others in his community have recently questioned the leadership of Principal Rebecca Braaten.

Keegan spoke up by creating stickers that state "Fire Braaten" and handed them out to his peers. "My friends and I created the stickers as a passive, non-disruptive protest against her leadership," says Keegan.

What he thought was a peaceful means of protest, and a protected form of expression, landed him with a suspension on his disciplinary record.

Tuesday, Keegan and his family filed a lawsuit against Chamblee's leadership for what they say is a violation of Keegan's right to free speech.

"The offense he is disciplined for is the same as calling in a bomb threat or rioting," Keegan's father, Russell Brooks, says.

Now, it will be up to a court to decide whether the stickers are considered protected speech. "This is a public school, and students have the right to criticize their administration and it's not a punishable offense," says Russell Brooks.

The school declined to provide an on camera interview, stating they do not comment on pending litigation or student disciplinary matters.

However, they did provide a written statement, saying in part: "DCSD supports the First Amendment right of its students to peaceful assembly and free speech both through Board policy and practice. We encourage our students to be active participants in our communities and to share their views in an appropriate manner, but in alignment with the Student Code of Conduct."