Gas prices are up 31 percent from last Memorial Day. Here's why 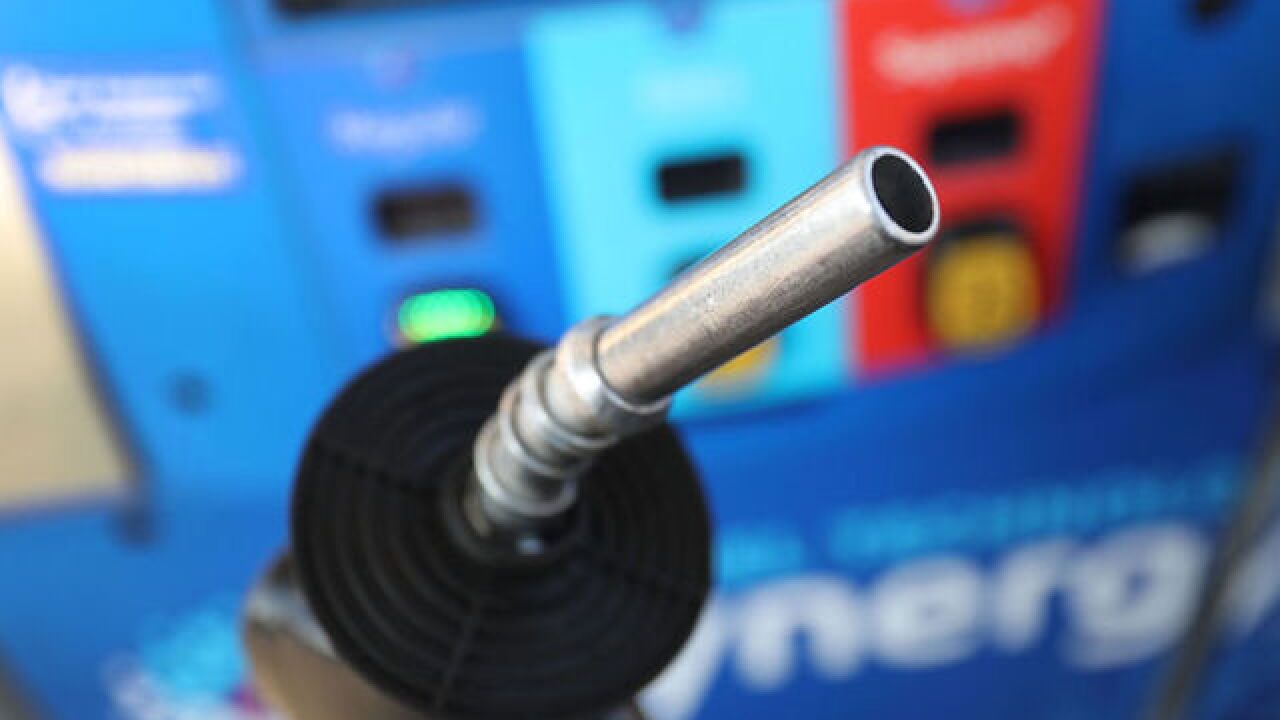 Image copyright 2018 Getty Images. All rights reserved. This material may not be published, broadcast, rewritten, or redistributed.
Joe Raedle
<p>A gas pump nozzle is seen at a gas station as reports indicate that the price of gas continues to rise on April 9, 2018 in Miami, Florida. </p>

Get ready for sticker shock at the gas station if you're one of the estimated 36 million Americans hitting the roads this Memorial Day weekend.

Gone are the days of $2-a-gallon gasoline. A spike in crude oil prices has lifted the national average price of gas by 31 percent over the past year to an average of $2.97 a gallon, according to AAA.

Prices at the pump haven't been this high heading into the biggest driving holiday of the year since 2014, when crude was sitting in triple-digit territory.

"WIthout a doubt people are noticing and they're feeling the pinch," said Patrick DeHaan, head of petroleum analysis at GasBuddy, a platform that helps drivers find real-time prices.

AAA says that fifteen states, including New York, New Jersey and Illinois, are already facing $3 average gas prices or higher. Gas in California and Hawaii, traditionally two of the priciest states, is north of $3.70 a gallon.

Here's why gasoline prices are getting uncomfortably high:

People are driving more: The United States is consuming more gasoline, thanks to the strong economy and upbeat consumer confidence.

Crude awakening: But demand isn't strong enough to justify the spike in prices. That's where crude oil comes into play. Brent crude, the global benchmark that tends to influence US gas prices, recently topped $80 a barrel. It's up about 50% over the past year.

The oil rally has been driven by a range of factors, including robust demand around the world amid stronger economic growth.

Thanks OPEC and Russia: The rebound in oil prices from the crash of 2015-2016 was engineered in large part by OPEC. The oil cartel teamed up with Russia to slash production beginning in early 2017 in a bid to fix a supply glut. That strategy eventually worked and global oil stockpiles, especially in the United States, have declined steadily.

In fact, OPEC and Russia's moves have been strong enough to offset soaring production from the shale revolution in the United States.

The decision sparked fears that renewed sanctions on Iran, the world's fifth-biggest oil producer, will sideline up to 1 million barrels per day of supply. It remains unclear exactly how much Iranian oil will get knocked offline, but it's safe to say the Iran decision has supported oil and gas prices.

How high will prices go? Memorial Day weekend is often the peak for gasoline prices as demand starts to wane through the summer and in the fall.

DeHaan predicted that the national average could top $3 a gallon over the next few days before backing away.

"This could be the high-water mark for the driving season," said DeHaan.

If prices don't calm down, some drivers could decide to stay home rather than pay up at the pump.

"It's starting to cause some sticker shock and maybe some resentment. But I don't think it will hold people back," said DeHaan.

Trump could eventually take action if prices become a problem. Goldman Sachs recently suggested Trump could tap the emergency stockpile of oil stored in the Strategic Petroleum Reserve to make up for the loss of Iranian production.

OPEC to the rescue? It's possible that OPEC and Russia, sensing that prices have gotten too hot, step in to calm the market down.

In fact, Saudi Arabia said this week that OPEC and Russia could supply more oil to world markets "in the near future."

That news, from a panel discussion hosted by CNNMoney's John Defterios, helped send US oil prices plunging 4% to $67.88 a barrel. It was oil's steepest decline in nearly a year. OPEC and Russia are due to meet in Vienna on June 22.

However, some analysts are skeptical that OPEC and Russia will do anything to spoil the high prices needed to balance their budgets.

"I'm not sure they're going to rush back in and flood the market with barrels," he said.