Frenchman rolls out the barrel for trip across Atlantic 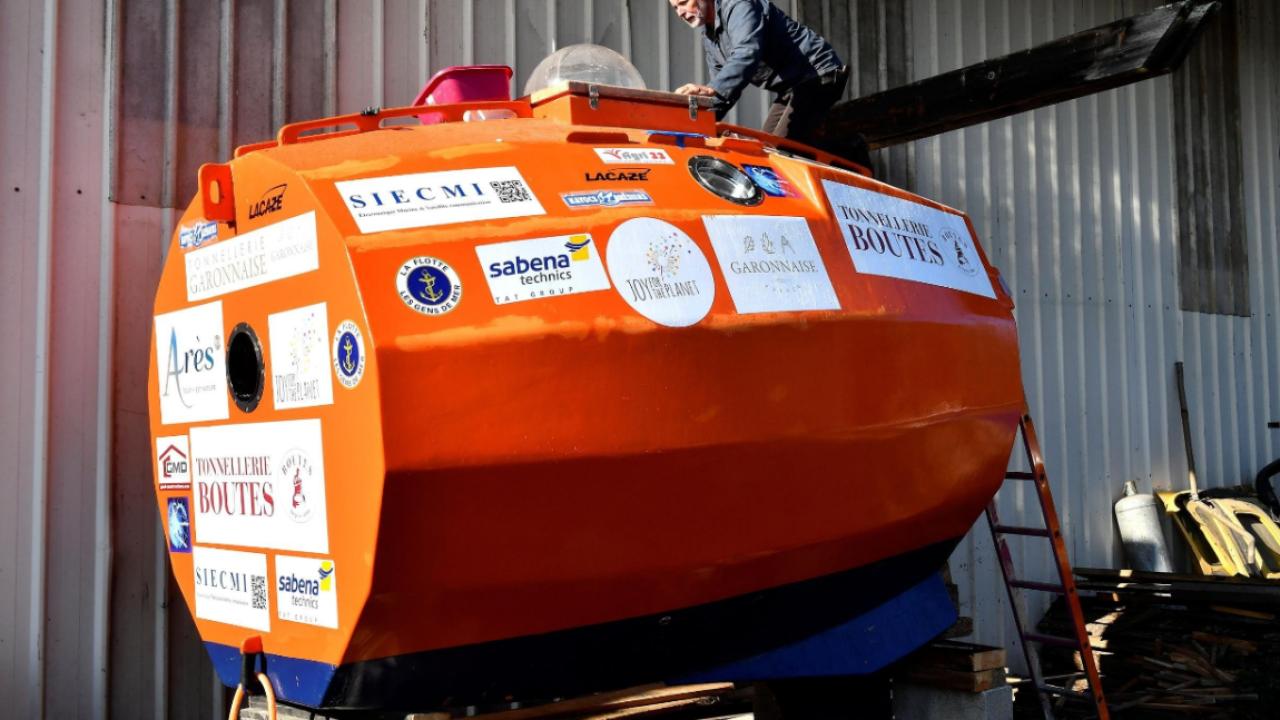 (CNN) — A 71-year-old Frenchman has set off across the Atlantic Ocean in a large orange barrel, hoping to float to the Caribbean by the end of March.

Jean-Jacques Savin left the Canary Islands, off the coast of west Africa, on Wednesday, in a sophisticated barrel-shaped capsule he spent months crafting.

He is traveling at "2 or 3 kilometers an hour" (1 to 2 miles an hour) and intends to (literally) barrel his way across the ocean with the help of currents alone, he told the AFP news agency in a telephone interview after setting off.

Savin's journey is being tracked online, with his latest marking showing him about 19 miles off the island of El Hierro from which he departed.

The retired military parachutist has been funded by sponsorships and a crowdfunding campaign, and a Facebook page has also been posting updates of his progress.

He has stowed away a bottle of Sauternes white wine and a block of foie gras for New Year's Eve, and a bottle of Saint-Émilion red for his birthday in January, according to AFP.

A porthole in his temporary home will provide much of his entertainment, allowing him to watch passing fish below, and Savin is dropping markers on his way to allow international marine observatory organization JCOMMOPS to study ocean currents.

The vessel contains a bed and a small kitchen, as well as some space for storage.

Savin is undecided about where he hopes to end up. "Maybe Barbados," he told AFP, "although I'd really like it to be a French island like Martinique or Guadeloupe. That would be easier for the paperwork and for bringing the barrel back."

Around 2,850 miles separate El Hierro from Barbados, but Savin said his vessel is "behaving very, very well" so far.