First round of tariffs on China take effect today, and Trump has threatened more 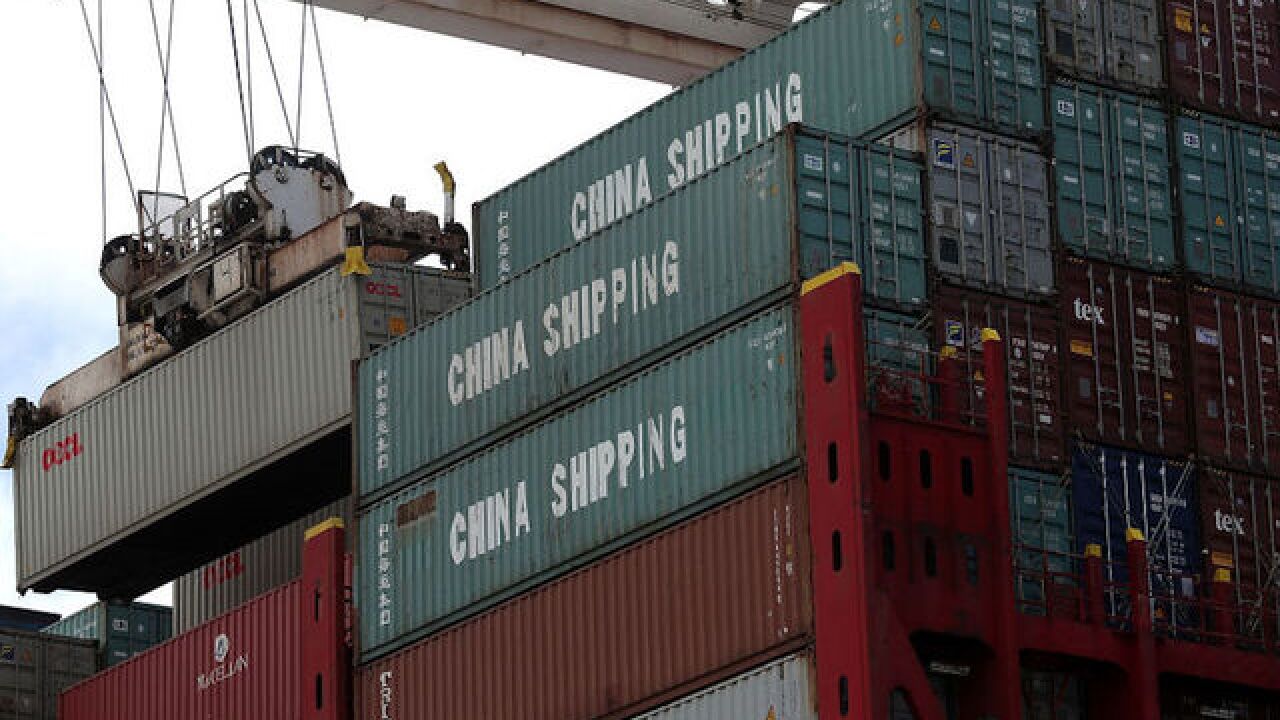 Image copyright 2018 Getty Images. All rights reserved. This material may not be published, broadcast, rewritten, or redistributed.
Justin Sullivan
<p>A shipping container is offloaded from the Hong Kong based CSCL East China Sea container ship at the Port of Oakland on June 20, 2018 in Oakland, California. </p>

The risk of a global trade war is rising. That could sink the US economy into a recession, bringing an end to the second-longest expansion in American history.

Although the economy is strong right now, businesses and investors are growing more worried about President Trump's trade crackdown. Tensions are escalating, raising the chances that the trade spat will morph into an outright trade war.

China on Friday accused the United States of starting the "biggest trade war in economic history" as US tariffs took effect on Chinese goods worth $34 billion. China retaliated immediately with tariffs on American goods of the same value.

Bank of America Merrill Lynch US economist Michelle Meyer warned late last month that a "major global trade confrontation would likely push the US and the rest of the world to the brink of a recession."

Here's how the dominoes could fall: First, businesses would be hit with higher costs triggered by tariffs. Then, companies won't be able to figure out how to get the materials they need. Eventually, confidence among executives and households would drop. Businesses would respond by drastically scaling back spending.

Trump has already imposed tariffs on Canada, Mexico and the European Union, and those allies swiftly retaliated. The first round of tariffs on China take effect on Friday, and Trump has threatened more. The administration is also weighing auto import tariffs and restrictions on Chinese investment in US technology.

Of course, there is a huge difference between a trade spat and an outright trade war.

The steps the administration has taken so far directly touch only a small fraction of the US economy. Bank of America estimated in its report that just over $100 billion worth of goods had been targeted, or about 4.2% of total goods imports.

"We are still many steps away from a full blown trade war," Meyer wrote.

However, she said, "trade tensions are likely to get worse before it gets better."

The problem is that uncertainty over trade policy could freeze investment decisions by major companies and cost others dearly.

Confidence is already waning among business executives in Germany, which relies heavily on exports. The IFO business climate index dipped in June, led by a sharp decline among companies involved in global trade.

Atlanta Fed President Raphael Bostic said in June that companies are setting the bar for investing in new projects "quite high." He said that "optimism" about the corporate tax cut "has almost completely faded among my contacts."

And minutes from the most recent Federal Reserve meeting showed that Fed officials are increasingly worried about economic harm from the Trump administration's trade policies.

The Fed's business contacts have "expressed concern about the possible adverse effects of tariffs and other proposed trade restrictions, both domestically and abroad, on future investment activity," the minutes showed.

Meyer said that a wave of tariffs would hurt consumer sentiment and hurt business supply chains by causing "bottlenecks" and disruptions.

"A decline in confidence and supply chain disruptions could amplify the trade shock, leading to an outright recession," she wrote.

US economic growth has accelerated recently, and the outlook had been bright thanks in large part to corporate tax cuts and a surge in government spending.

Greg Valliere, chief global strategist at Horizon Investments, wrote in a note to clients last month that talk of a recession "seems far-fetched."

Others agree — for now, at least. They say the powerful combination of tax cuts and government spending has kept the risk of recession low.

But Meyer said that "further escalation," including auto tariffs, would cause Bank of America to "reassess" the outlook for the US economy.