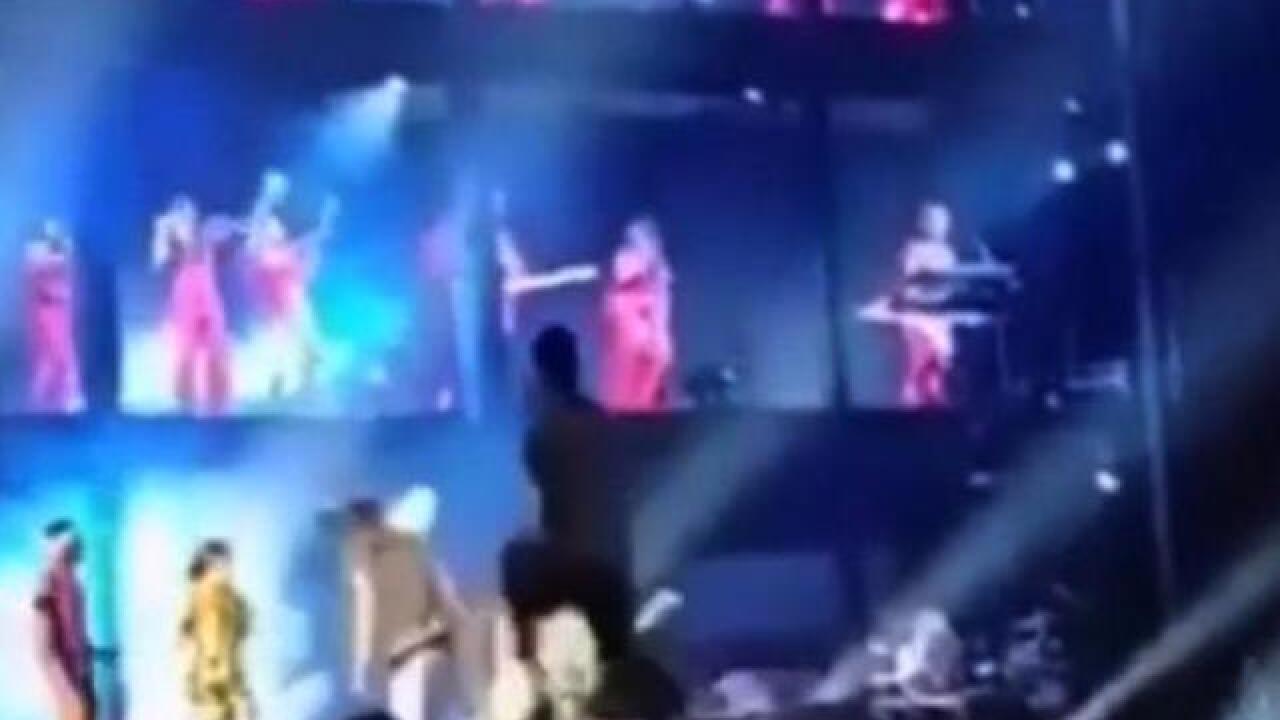 Someone just had to spoil the party.

The Beyoncé/Jay-Z spectacle that is "On the Run II" was wrapping up its Saturday night stop in Atlanta when a man ran up on stage and bolted after the couple.

He actually got close enough to, as police put it, push Jay-Z -- but the entertainer and his wife are fine.

The Carters were walking off the stage, after tag-teaming through two-and-a-half hours of their respective back catalogs at Atlanta's Mercedes-Benz Stadium. The last few strains of "Apesh*t" were closing out the show with a bevy of dancers doing their thing.

A man in a white jersey, later identified as Anthony Charles Thomas Maxwell, jumped on stage and made a beeline toward the couple.

For a nanosecond, the dancers looked at one another. Then, they sprinted into action, as did the security guys.

"At the time, there was no evidence Maxwell had made contact with Jay-Z," Atlanta Police spokesman Jarius Daugherty said.

But later, police determined Maxwell did indeed "make contact" with the rapper.

Police also said Maxwell was treated for minor injuries when "people around Jay-Z stopped him from further contact with the performer."

He was booked into the Fulton County Jail. It's unclear if he has retained a lawyer.

CNN reached out to Beyoncé's publicist, Yvette Noel-Schure, for details on the incident but didn't hear back. However, Noel-Schure said in an Instagram post: "Thank you to all the fans for your concern. They are fine and looking forward to the show tomorrow."

Sunday was night two of the spectacle in Atlanta. And what a spectacle the show is.

It started with "This. Is. Real. Life" emblazoned on gigantic screens as Jay-Z and Beyoncé took the stage and turned the private turmoils of their marriage into very public art. The set list lifted heavily from the paroxysm of Beyoncé's "Lemonade" and the penance of Jay-Z's "4:44." It was carefully curated and exquisitely choreographed.

It ended with the pair locking lips as the words "This. Is. Real. Love" flashed on the screen. They walked off hand-in-hand, catharsis complete.

And then of course, someone had to run up and spoil it.

ent mistakenly attributed to the tour.