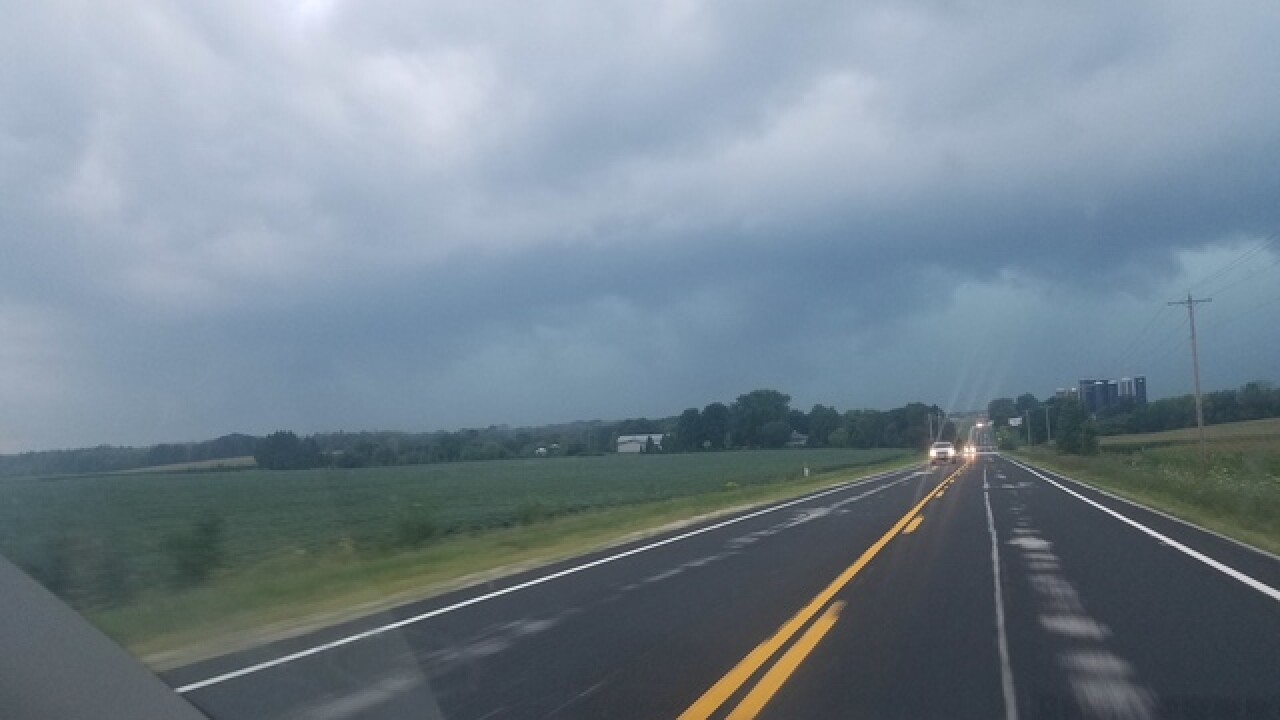 Copyright 2018 Scripps Media, Inc. All rights reserved. This material may not be published, broadcast, rewritten, or redistributed.
Lance McTrusty sent us these photos near Highway V and I-43 near Sheboygan.

FORT LAUDERDALE, Fla. (AP) — It started out as a mystery — how did a Fort Lauderdale waitress wind up lying on a suburban freeway before dawn last weekend, getting fatally struck by numerous passing cars?

In a lawsuit filed Friday, they say St. Clair was on a first date with Miles McChesney of New York when she fell off his borrowed Harley-Davidson motorcycle and he fled.

According to the lawsuit, St. Clair and McChesney, 34, met on the online dating site Tinder and went out Dec. 6 with two other couples for a group motorcycle ride, stopping at three bars.

At about 2 a.m. on Dec. 7, the lawsuit says, the motorcycles were on Interstate 95 when St. Clair "was somehow expelled from the motorcycle" and was struck numerous times by passing cars. Witnesses say a motorcyclist stood near St. Clair's body and then took off. The lawsuit says a phone belonging to McChesney's cousin, who was one of the other motorcyclists, called 911 but hung up.

"The cousin and the other motorcycle driver had gone ahead. When they noticed that Jennifer was not on the bike, the cousin pulled over and called 911," the family's attorney, Todd Falzone, told a press conference Friday. He said McChesney then approached his cousin, who told the dispatcher, "Here he is, forget it" and hung up.

Falzone said Cormican called the highway patrol later that morning and told investigators McChesney would only talk if given full immunity. They refused.

"McChesney drank alcohol to the point where he became impaired," Falzone said. "McChesney carelessly and negligently operated that motorcycle. He then failed to render aid to Jenifer, and then left her on the highway."

According to court documents, McChesney was released from federal prison in November after serving time for fleeing a halfway house. He was there while completing a sentence on a firearms conviction. His specific hometown in New York could not immediately be determined.