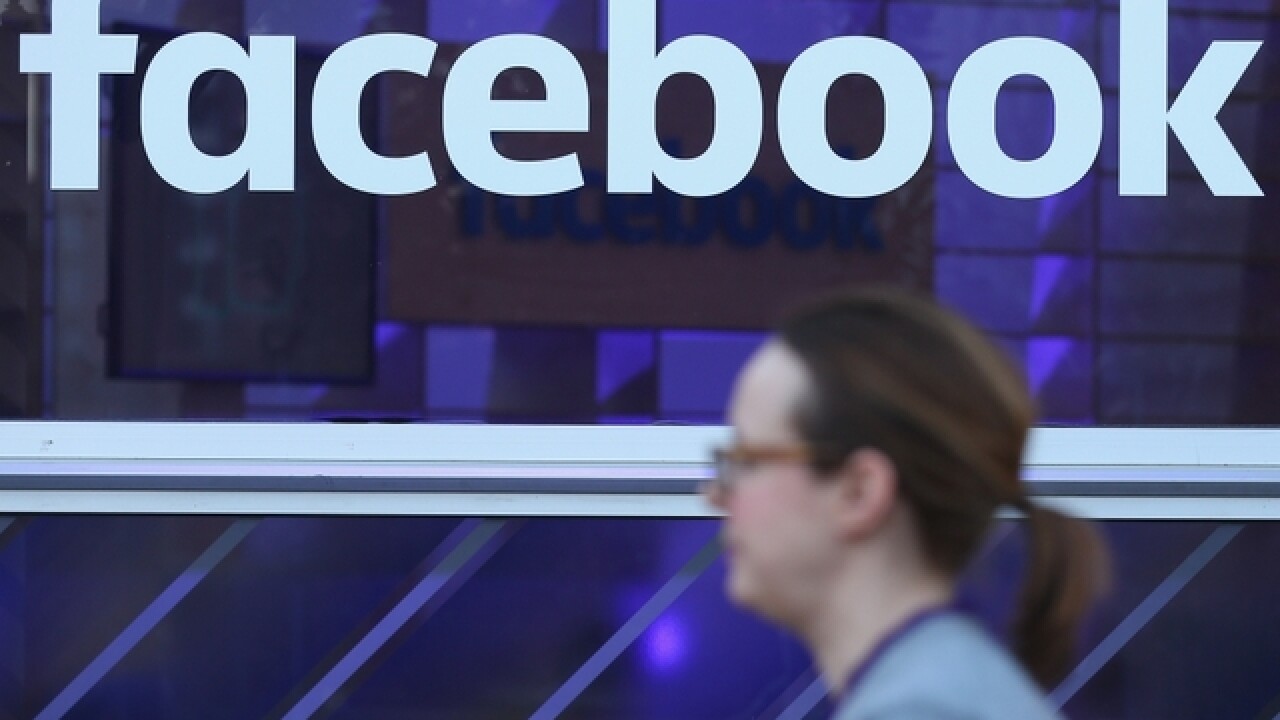 BALTIMORE (AP) — In the midst of a five-hour standoff that turned deadly, Facebook granted an emergency request from the Baltimore County Police Department to take offline the social media accounts belonging to a woman who wielded a shotgun at officers.

Baltimore County Police officers shot and killed Korryn Gaines, 23, after she barricaded herself inside her Randallstown apartment with her 5-year-old son and pointed a shotgun at officers attempting to serve an arrest warrant.

Police Chief Jim Johnson said Tuesday that the department made the emergency request to have Gaines' social media accounts suspended after she posted videos online showing the standoff. People who saw the postings, Johnson said, responded by encouraging her to not comply with police.

Videos posted on Facebook and Instagram appeared to show Gaines, who was black, talking with police in the doorway to her apartment and to her son during the standoff. In one, she asks her son what the police are trying to do.

"They trying to kill us," the boy says.

"Do you want to go out there?"

The standoff Monday began after three officers went to Gaines' apartment to serve arrest warrants on her and her boyfriend, Kareem K. Courtney, 39, according to police. He left the apartment with a 1-year-old boy before the standoff and was arrested.

Gaines' mother, Rhonda Dormeus, told The Baltimore Sun her daughter ignored Courtney's pleas to surrender. During a Facebook call Monday, Dormeus said she heard him tell Gaines "it wasn't worth it, to just come on out," and then the "phone went dead." Dormeus went to the scene but wasn't allowed to speak to her daughter, something she said might have helped calm her daughter and end the situation peacefully.

"Not all of her beliefs I agreed with," Dormeus said. "Her heart was in a good place, she loved her black people, and she just wanted them to see things for what she felt it really was."

Gaines' bench warrant stemmed from charges during a March 10 stop, including disorderly conduct and resisting arrest. Authorities said she was armed with a 12-gauge pistol grip shotgun that was legally purchased last year and toward the end of the negotiations pointed it directly at an officer and said, "If you don't leave, I'm going to kill you."

An officer shot at her and Gaines fired two shots, but missed the officers, who returned fire and killed her, police said.

Gaines also posted videos from the March traffic stop on her Instagram account. Police said she was pulled over because instead of a license plate, she had a cardboard tag that said: "Any government official who compromises this pursuit of happiness and right to travel will be held criminally responsible and fined, as this is a natural right and freedom."

During the stop, she said officers were trying to "steal her car," that she wasn't complying with officers' "criminal" way. She said they would have to "murder" her to get her out of her car, according to court documents.

Officers said she had to be pulled from the car and repeatedly yelled "record this" as a crowd of people gathered while police were arresting her.

Facebook has restored Gaines' social media pages, but a pair of videos that violated Facebook's standards have been blocked from public view.

According to the tech company's policies, requests from law enforcement to suspend accounts may be granted in cases where there is a substantial risk of harm. The police chief said county police based their de-activation request on the fact that there was a barricade involving someone with a gun, and that a child was present.

According to a Facebook Government Request Report, the company received roughly 855 requests for emergency disclosures of information to government agencies due to the threat of harm or violence between July and December 2015. About 73 percent of those requests were granted.

The boy is in good condition at a hospital. Police were not sure whether he was hit by gunfire or shrapnel.

Gaines' boyfriend is charged with second-degree assault, which stems from a fight with Gaines, police said. He has been released on his own recognizance.

The department did not release the names or races of the officers involved, who were placed on administrative leave. Their first initials and last names will be released 48 hours after the shooting, in accordance with the department's contract with the Fraternal Order of Police.

The department is bringing body cameras online but none of the officers had one.

Court documents show that Gaines filed a lawsuit against a former landlord, alleging that she was lead poisoned. The suit said Gaines was "exposed to a sea of lead" as a child, which contributed to "neurodevelopmental disabilities or injuries."

A medical expert who evaluated Gaines wrote that she "had a history of problems with anger and impulsive behavior," and visited her school counselor on several occasions. The suit identifies Gaines' father as Ryan Gaines, a police dispatcher.

Gaines' uncle Jerome Barnett told The Baltimore Sun that Gaines "was feisty, but she was smart and she was respectful."