Experts: Use of robot to kill suspect opens door for others 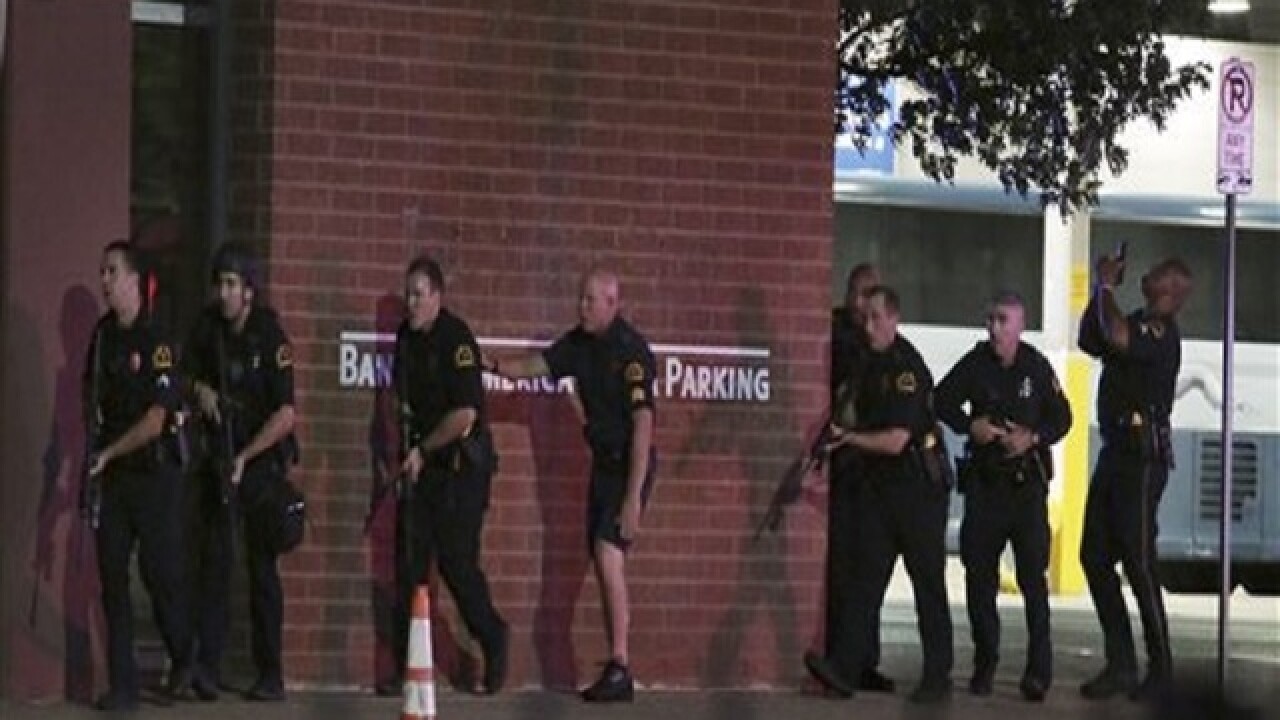 CHICAGO (AP) — Police in Dallas were the first in the nation to use a robot to deliver and detonate a bomb to kill a suspect, but other law enforcement agencies are willing and able to follow suit, including some that even have trained for the day when they'd have to do so.
The killing of Micah Johnson using a robot-delivered bomb ended a night of terror in which he shot 14 officers, killing five of them, and also wounded two civilians. Dallas' police chief, David Brown, said the decision was made to kill the 25-year-old Army veteran with a robot because talks with police negotiators had failed and he didn't want to put any other officers in harm's way.
With law enforcement's rapidly expanding access to robots that can roll into and fly over hostage situations, gunfights, chases and standoffs, experts say it's just a matter of time before they'll be used again to kill.
"Nobody wanted to be the first but, yeah, there is no question that it proved effective and the door is now open," said Sid Heal, president of the California Association of Tactical Officers and a retired Los Angeles Sheriff's Department commander.
Today, dozens of the largest U.S. law enforcement agencies have at least one robot, according to experts. And many smaller departments are just a phone call away from having access to a nearby agency's device.
Under a federal government program that supplies excess military equipment to civil agencies, the number of agencies that have acquired a robot has climbed dramatically this year. According to a study by the Center for the Study of the Drone at Bard College, there have been 201 such transfers in the first six months of this year, which is dozens more than in any full year since 2003 and 120 more than in all of 2015.
These robots are routinely used to get a closer look at suspicious devices in a way that doesn't endanger officers and to begin communications with armed suspects.
"They've been used to carry phones, note pads, and pizzas to suspects," said Mark Lomax, executive director of the National Tactical Officers Association. One was used to help search the Orlando nightclub where a man's shooting spree left 49 people dead and 53 others injured last month. Another was used in the manhunt for one of the Boston Marathon bombing suspects and lifted the tarp on the boat where he was found hiding.
Plenty of thought has been given to additional uses.
"You are seeing at trade shows robotic systems that are mounted with things like tear gas launchers," said Peter Singer, who has studied and written extensively on the technology and warfare, and the author of "Wired for War: The Robotics Revolution and Conflict in the 21st Century."
In Illinois, the Cook County Sheriff's Police Department has two robots equipped to disable and even kill suspects.
"Our robots can fire less lethal projectors like bean bags, they can fire a Taser if need be or a lethal 12-guage shotgun round," said Brian White, the department's first deputy chief of police. White said he wouldn't hesitate to order the robots to fire at suspects if a situation merited.
"I thought that was a quick way to mitigate the public safety threat to Dallas residents and the other officers who were there," he said.
Others said they considered the approach for the same reason Brown used one in Dallas: to save lives.
Heal, for example, said there was discussion within the L.A. sheriff's department about using robots to kill suspects more than a decade ago.
Michael Bouchard, the sheriff of Oakland County, Michigan, said he considered doing so during a 2012 standoff in which a man killed a police officer before barricading himself inside a building. He said the man shot three robots that were sent in and that he ultimately decided to use heavy equipment to tear down part of the building, allowing officers to fire tear gas into it before the man killed himself.
He stressed that he acted as he did for safety reasons and not because of any reluctance to using a robot as a bomb-delivery device.
"He'd already killed a cop and he was hitting homes with automatic gunfire so, yes, we decided that as a last resort we would have done that," Bouchard said.
While Brown was widely praised for his decision in Dallas, some have expressed misgivings.
"If lethally equipped robots can be used in this situation, when else can they be used?" said Elizabeth Joh, a University of California at Davis law professor who has followed U.S. law enforcement's use of technology. "Extreme emergencies shouldn't define the scope of more ordinary situations where police may want to use robots that are capab
Copyright 2016 The Associated Press. All rights reserved. This material may not be published, broadcast, rewritten or redistributed.