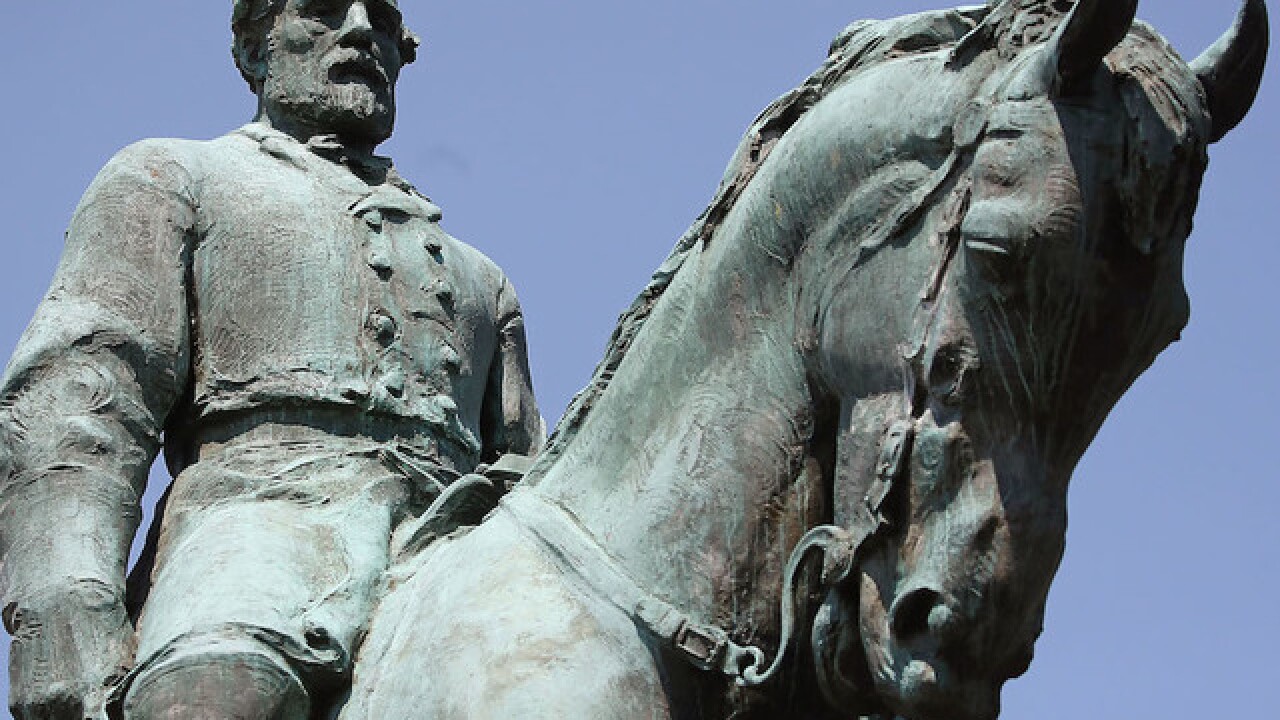 Image copyright 2017 Getty Images. All rights reserved. This material may not be published, broadcast, rewritten, or redistributed.
Mark Wilson
<p>The statue of Confederate Gen. Robert E. Lee stands in the center of the renamed Emancipation Park on August 22, 2017 in Charlottesville, Virginia.</p>

By trying to avoid an embarrassing ordeal, ESPN has embarrassed itself.

On Tuesday night, the network confirmed that its management moved an Asian-American announcer, Robert Lee, off the University of Virginia's home opener football game "simply because of the coincidence of his name."

Earlier Tuesday, a source had told CNN that Lee was abruptly switched to the Youngstown versus Pitt game. He had recently been promoted by ESPN, so the switch was a sensitive matter.

News of the decision follows the violence that broke out earlier this month at a white nationalist rally in Charlottesville, Virginia, protesting plans to remove a statue of Confederate Gen. Robert E. Lee. The night before the deadly violence, white nationalists marched across the UVA campus, carrying torches and chanting racist slogans.

Now, UVA is preparing for the start of a new school year. The opening home game -- against William and Mary -- is on September 2, the same day as Youngstown versus Pitt.

Both games are slated to be live-streamed on ESPN's digital networks, but not on television.

But if ESPN thought this was a minor change, it was quickly proven wrong when word leaked out on Tuesday. The website Outkick the Coverage broke the story -- with a headline invoking a popular conservative nickname for ESPN, "MSESPN," which derides the network as the sports equivalent of the liberal talk shows on MSNBC.

The headline said, "MSESPN Pulls Asian Announcer Named Robert Lee Off UVa Game To Avoid Offending Idiots." The story was so popular that the site's servers were overloaded on Tuesday evening.

ESPN subsequently said in a statement that its executives "collectively made the decision with Robert to switch games as the tragic events in Charlottesville were unfolding."

"In that moment it felt right to all parties," the network said. "It's a shame that this is even a topic of conversation and we regret that who calls play-by-play for a football game has become an issue."

From ESPN's perspective, the executives were trying to guard against Lee becoming a punchline, given that he shares a name with a Confederate general.

But many commenters on social media said ESPN overreacted. The story lit up Twitter and Facebook on Tuesday. Two of the prime time shows on Fox News mocked ESPN for the decision. A banner on screen called it "pathetic."

"ESPN did this out of fear of the yowling mob. And is part of it now," John Podhoretz, the editor of Commentary, wrote on Twitter.

ESPN has been strongly criticized -- primarily in conservative circles -- for injecting political issues into sports coverage and for allegedly taking sides in various controversies.

The network recently commissioned a study that found political polarization has not had a big effect on viewership.