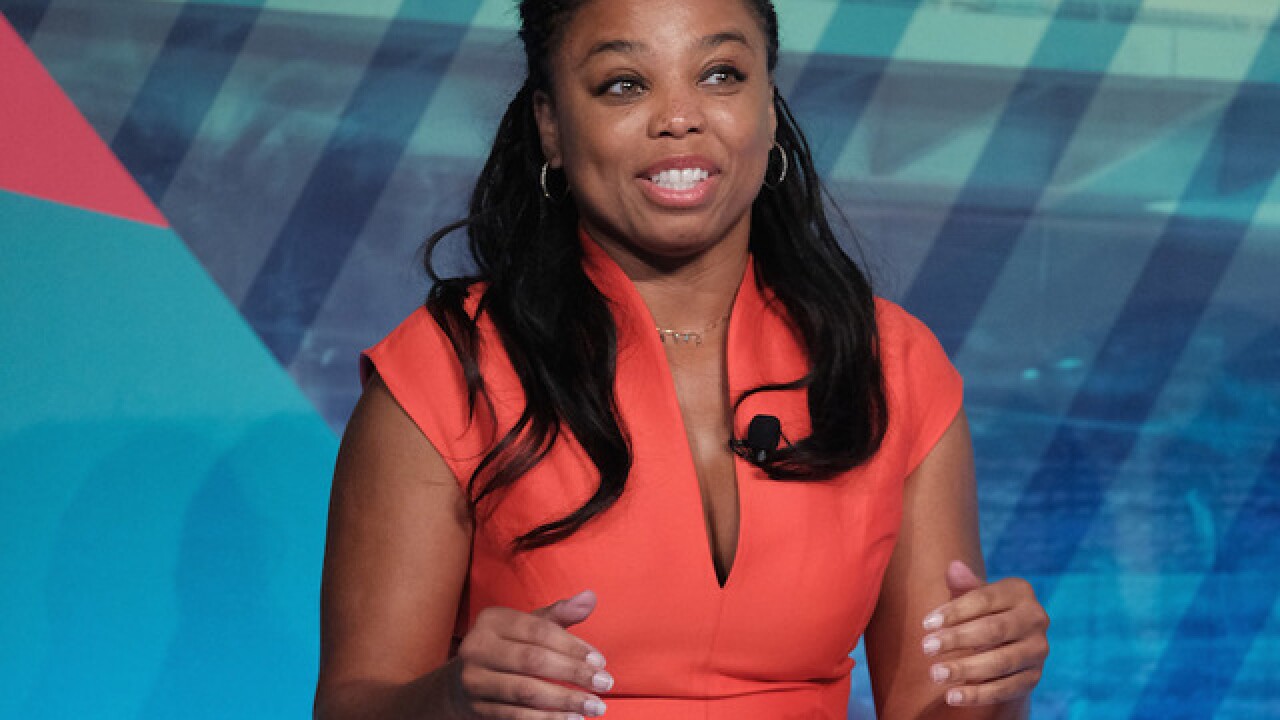 D Dipasupil
<p>ESPN host Jemele Hill speaks at the Why Are We Still Talking About This? Women & Sport in 2016 panel at Liberty Theater during 2016 Advertising Week New York on September 29, 2016 in New York City.</p>

From the White House podium, Sarah Sanders said Hill's criticism of the president was a "fireable offense by ESPN."

It was a highly unusual moment -- a White House official seemingly recommending that a Trump critic be booted from a television network.

Trump aides have pressured media executives about anti-Trump commentators in the past, but those complaints were made in private. This time it was on-camera for all to see.

At the end of the day on Wednesday, Hill issued a new statement, not about what Sanders said, but about the overall controversy.

"My comments on Twitter expressed my personal beliefs," Hill said. "My regret is that my comments and the public way I made them painted ESPN in an unfair light. My respect for the company and my colleagues remains unconditional."

A few minutes later, ESPN issued a followup statement: "Jemele has a right to her personal opinions, but not to publicly share them on a platform that implies that she was in any way speaking on behalf of ESPN. She has acknowledged that her tweets crossed that line and has apologized for doing so. We accept her apology."

For many months, ESPN has been under unique scrutiny by conservative groups and sports world rivals.

To people like Tucker Carlson, who dubbed ESPN "Endless Stupid Political Nagging" on Tuesday night, Hill's portrayal of Trump as a racist was just the latest example of liberal bias inside the sports network.

"Stick to sports" has been a mantra of these critics. "Sports are political" has been one of the comebacks.

Hill, a rising star at ESPN, has been vociferously critical of President Trump all year long, but her tweetstorm on Monday went further than ever. She called Trump a "bigot," a "threat" and "the most ignorant, offensive president of my lifetime."

Hill, an African American woman, followed up with this: "His rise is a direct result of white supremacy. Period."

Other black journalists and commentators have made similar statements in the past. But Hill's tweets caught fire on social media, partly due to the ongoing arguments over ESPN's political posture.

Amid an outcry from conservatives on Twitter and Facebook, ESPN reminded people on Tuesday afternoon that Hill's tweets "do not represent the position of ESPN."

The network alluded to disciplinary action, but did not provide any details.

"We have addressed this with Jemele and she recognizes her actions were inappropriate," ESPN said.

Then, on Wednesday, Washington Post White House reporter David Nakamura, who previously covered sports for the paper asked Sanders if the president had a reaction to the controversy.

"I'm not sure if he's aware" of the tweets, Sanders said, "but I think that's one of the more outrageous comments that anyone could make, and certainly something that I think is a fireable offense by ESPN."

Sanders said Trump is "committed to working with them to bring the country together. I think that's where we need to be focused, not on outrageous statements like that one."

Some media commentators said they were disturbed by Sanders' talk of a "fireable offense."

"Today, the White House press secretary used the people's podium to call for the firing of an individual citizen, @jemelehill. Take that in," the liberal MSNBC host Joy Reid wrote

There's been a substantial backlash to the backlash, with Hill's supporters saying she described Trump accurately in the original tweetstorm, and should not be reprimanded for having done so.

Many of Trump's critics say his reaction to the violence in Charlottesville, his pardoning of Joe Arpaio and other decisions have exacerbated racial tensions.

ESPN critics, on the other hand, said the network's response was too soft, and that a suspension or firing was in order.

Sanders' remarks on Wednesday are sure to keep the debate raging.

For her part, Hill hasn't posted anything new on Twitter since ESPN weighed in on Tuesday.

But some notable names at the network have come to her defense.

Veteran NFL reporter Jim Trotter wrote to Hill, "Proud to call you a colleague and a friend." Trotter elaborated to Sports Illustrated: "Black folk are tired and we have to recognize some of the things that are going on in this country and we have to be honest about it and meet it head on. If you are black and know the history of our country, you can understand her frustration. It is time we stop pretending it is not true."

The National Association of Black Journalists also responded by expressing support for Hill, "an award-winning, veteran journalist who has distinguished herself for having insightful opinions and perspectives on a variety of topics."

The group said it "supports Hill's First Amendment rights on all matters of discussion, within and outside the world of sports, as they do not impinge on her duties as a host and commentator."

Among them was Jelani Cobb of The New Yorker. He wrote, concisely, "Trump is a white supremacist."