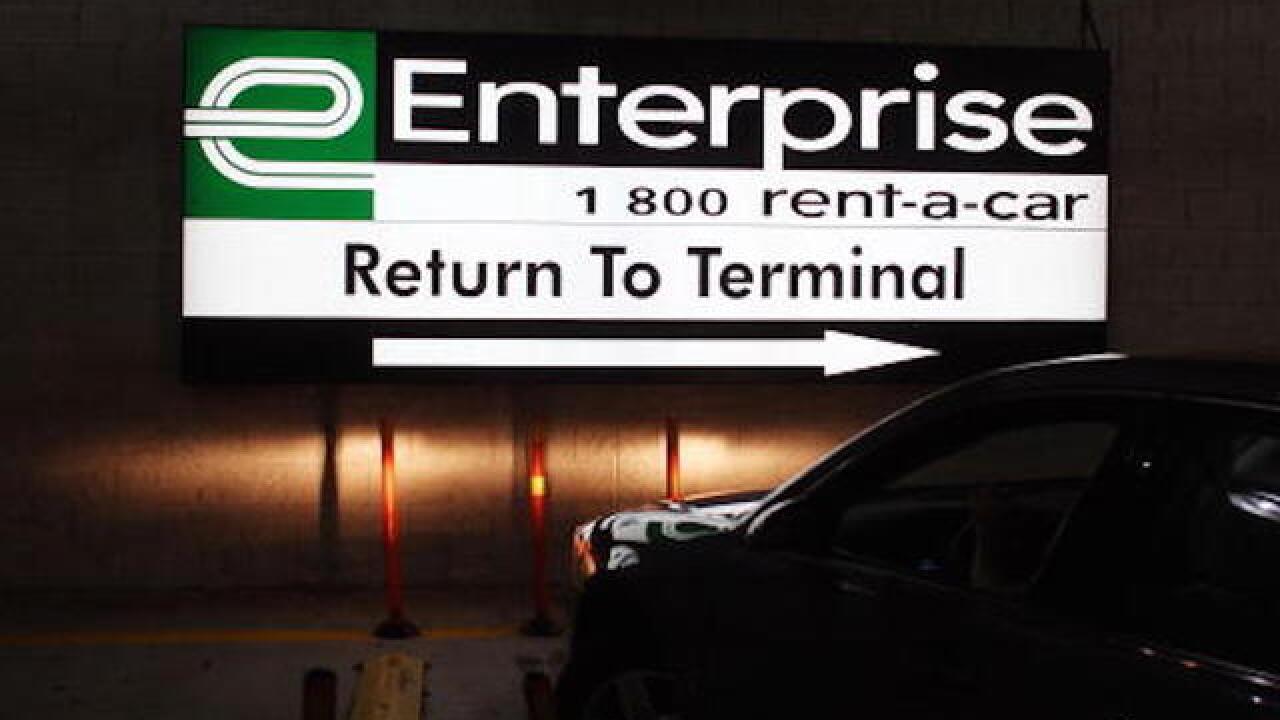 Copyright Getty Images
Joe Raedle
<p>FORT LAUDERDALE, FL - JULY 10: A car pulls out of the Enterprise car rental lot at the Fort Lauderdale/Hollywood International airport July 10, 2007 in Fort Lauderdale, Florida. Pending regulatory approval, expected in the next month, Enterprise will buy National and Alamo rental car companies. Enterprise would make an instant jump from about 8% of the airport car rental market market to more than 27% just behind Hertz's 28.5%. (Photo by Joe Raedle/Getty Images)</p>

ST. LOUIS (AP) — Jack Taylor, who started a leasing company with seven cars and built it into Enterprise Rent-A-Car, died Saturday. He was 94.

Enterprise said in a statement that Taylor died in St. Louis after a brief illness.

In 1957, Taylor founded a company called Executive Leasing at a Cadillac dealership in St. Louis where he was a salesman. The chain differed from competitors by allowing people to pick up and drop off cars away from airports. An Enterprise employee would drive to the customer's house or office.

The company bought the Alamo and National brands in 2007 to compete against other airport-based rentals. It changed its name to Enterprise Holdings Inc. two years later.

The privately held company said it had revenue of $19.4 billion and more than 1.7 million vehicles in 2015. Enterprise's reported revenue is more than twice that of either of its two main U.S. competitors, Hertz and Avis.

Forbes magazine listed Taylor as the 248th richest person, with wealth of $5.3 billion in the magazine's 2016 ranking.

Taylor also served in the Navy during World War II and named his company for the U.S.S. Enterprise.

William Danforth, founding chairman of the Board of Trustees of the Donald Danforth Plant Science Center and chancellor emeritus of Washington University in St. Louis, said "the term 'Greatest Generation' was coined for men like Jack Taylor."

"He served his country with distinction in World War II, came back home, raised a talented family and built a world-class organization that has remained family operated, providing jobs for St. Louis and the nation," Danforth said in the company statement.

Taylor, who born in St. Louis in 1922, was also a well-known philanthropist, and donated millions to many nonprofit organizations, including the St. Louis Public Schools Foundation, the Saint Louis Symphony Orchestra and the Missouri Botanical Garden.

He is survived by his son, Andrew, of St. Louis and Andrew's wife, Barbara; and his daughter, Jo Ann Taylor Kindle and her husband, Tom Caruso, as well as several grandchildren and great-grandchildren.

The company said the funeral service will be private.