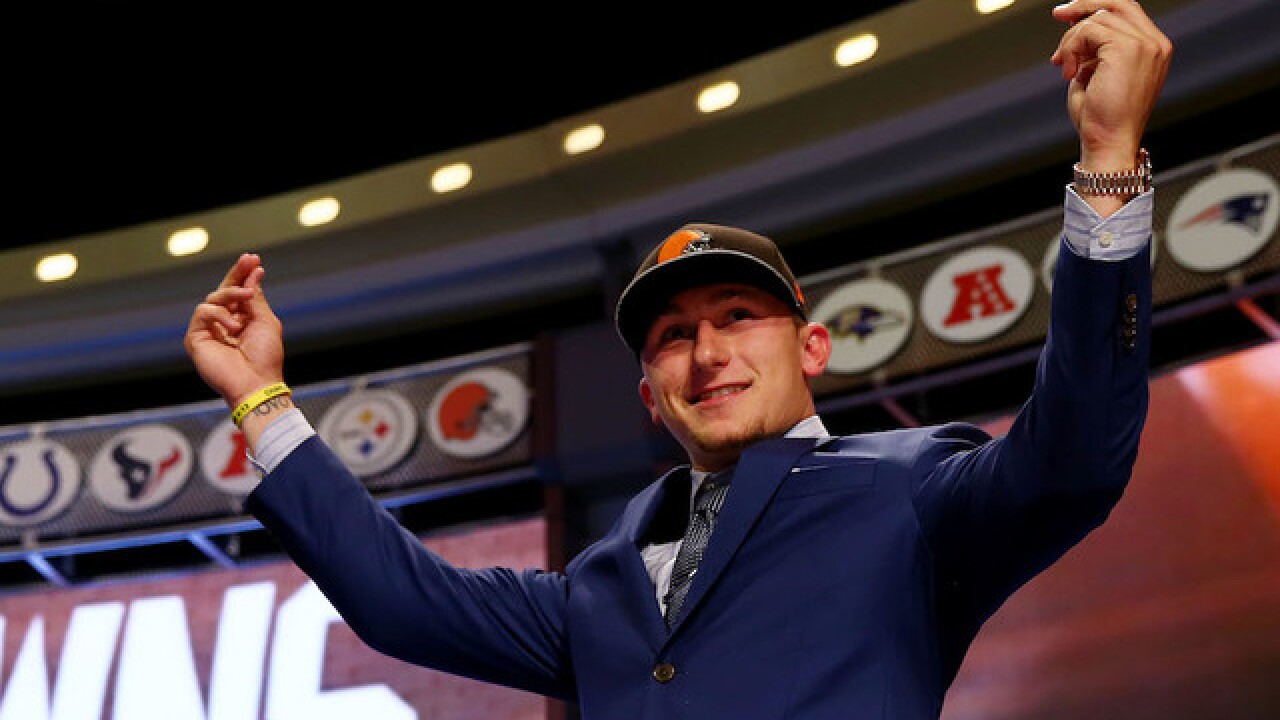 Copyright Getty Images
Elsa
<p>NEW YORK, NY - MAY 08: Johnny Manziel of the Texas A&M Aggies takes the stage after he was picked #22 overall by the Cleveland Browns during the first round of the 2014 NFL Draft at Radio City Music Hall on May 8, 2014 in New York City. (Photo by Elsa/Getty Images)</p>

Former NFL quarterback Johnny Manziel is slated to take his talents north of the border, as Manziel announced on Saturday he has signed a contract with the Hamilton Tiger-Cats of the CFL.

Manziel has faced challenges both on and off the football field since winning the 2012 Heisman Trophy. In 2016, Manziel was charged with domestic violence. Those charges were later dismissed.

Also in 2016, Manziel was suspended for four games for violating the NFL's substance abuse policy.

Manziel hasn't played professional football since 2015, when he was a member of the Cleveland Browns. Over two seasons, Manziel played in 15 games, and threw seven touchdowns and seven interceptions.

"I don't want to wait around any more," Manziel said on Saturday. "I want to get on the field and get in the locker room and get a chance to play ball again. This is the best opportunity for me."

Manziel said he is grateful for a second chance at professional football. Manziel is expected not to start at quarterback Hamilton, coach June Jones said. He will compete for the backup job behind former Oregon star Jeremiah Masoli.

"Johnny is going to be a competitive player in this league," Jones said. "I feel he'll compete and competition makes everyone better."

Manziel said he is ready to move forward and has learned from past missteps.

"I have learned a lot from the mistakes. I feel like I wouldn't be where I am today on a personal, on a football level, going back into a locker room, if I didn't go through what I went through," Manziel said. "I am back to a point in my life where I am not taking anything for granted."

One name mentioned in Manziel's press conference in Hamilton was Doug Flutie. Both Flutie and Manziel won the Heisman Trophy and went to the CFL after initial struggles in the NFL out of college. Flutie revitalized his career in Canada winning three Grey Cups.

When Flutie returned to the NFL, he became a Pro Bowler.

While Manziel would like another chance at the NFL, he said he will be with Hamilton for the "long haul."