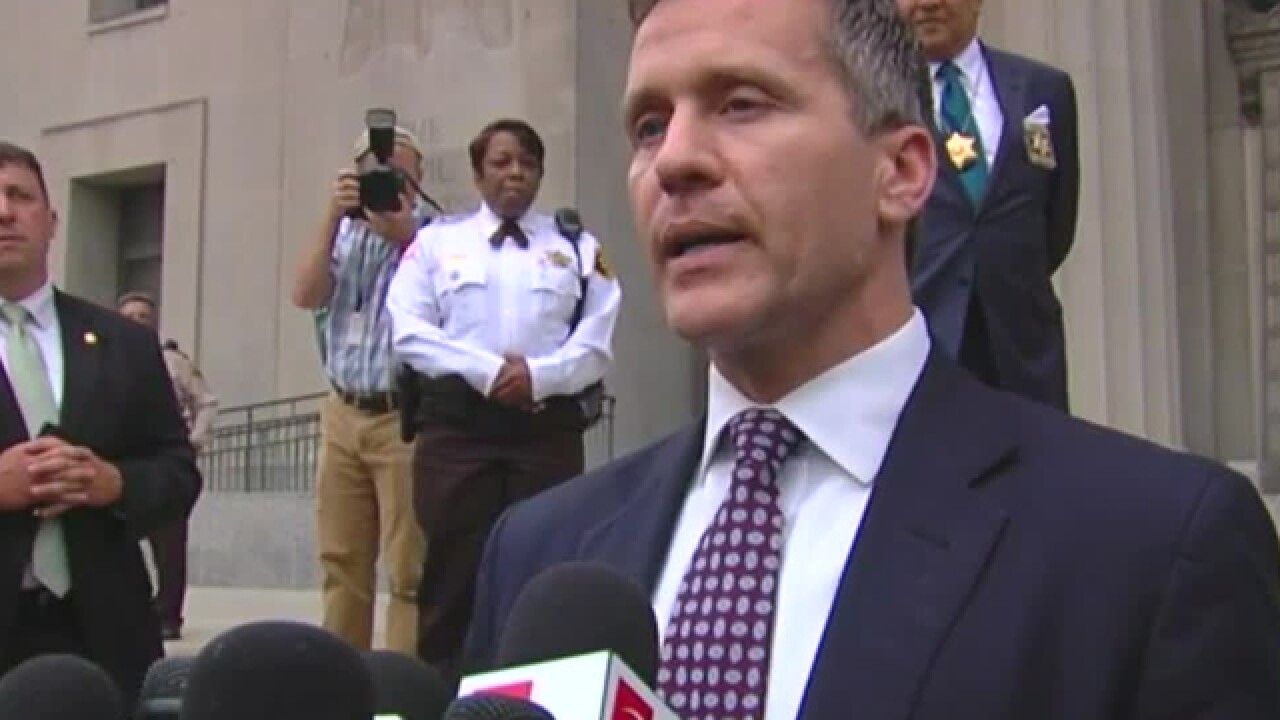 Embattled Missouri Governor Eric Greitens announced on Tuesday he will resign over the scandals that have dominated his tenure.

The Republican governor has been embroiled in scandal for weeks. Last month, a Missouri state House committee  released  a report alleging that Greitens  subjected  a woman to non-consensual sexual activity and violence. Greitens described the report as "tabloid trash gossip" rooted in "lies and falsehoods."

In late April, Greitens was indicted on a felony charge of computer tampering tied to his campaign's alleged use of a charity donor list.

Greitens made the announcement that he will step down during a press conference outside his office.

A request for comment to Greitens' communications director was not immediately returned.