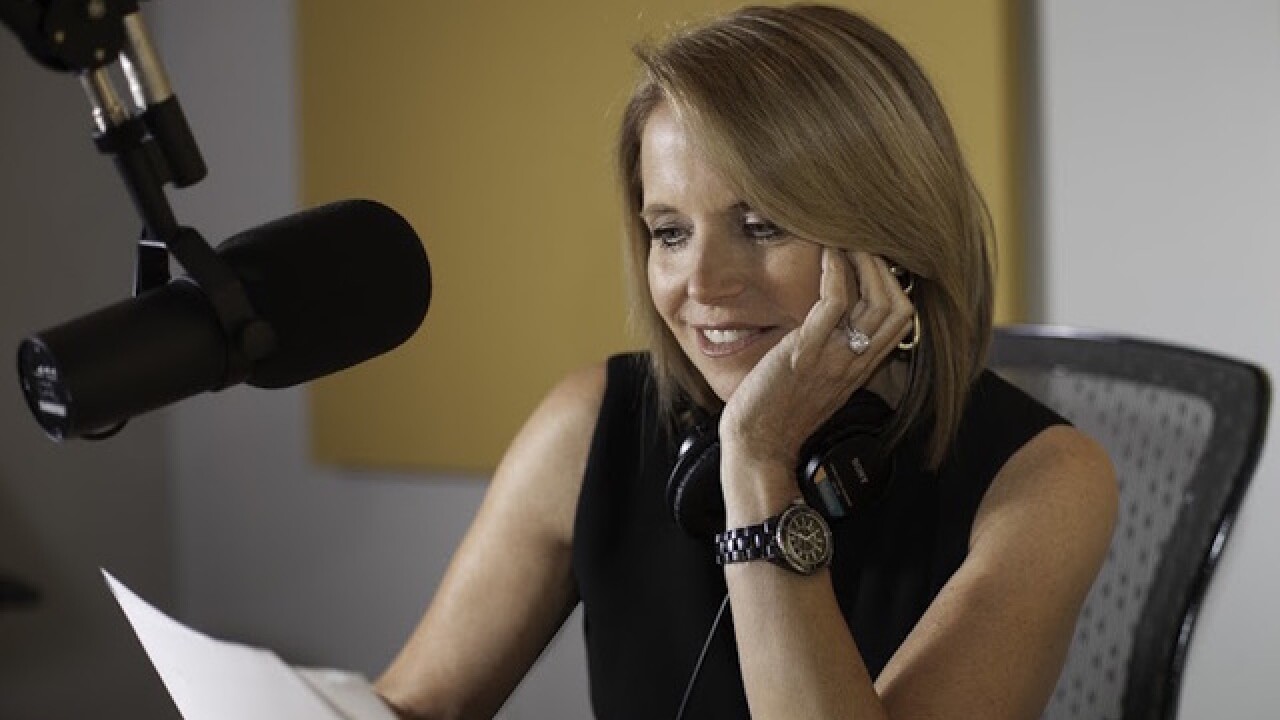 Katie Couric has spent more than 30 years in front of the camera establishing herself as one of journalism’s most insightful interviewers. Starting on Thursday, her work will be available on demand in a brand-new podcast.

“Katie Couric” will pack the biggest names in news, politics and pop culture in a weekly show available on the Earwolf Network.

“I’m really excited to start my own podcast,” Couric said in a news release. “It’s a medium that rewards the in-depth interviews that I’ve loved doing my entire career. We’re going to be talking to a wide range of guests — both bold-faced names and people with bold things to say. We’re also going to bring in the voices of our listeners. Especially in this hyper-partisan environment, we want to talk to everyone and listen to everyone.”

Earwolf is part of Midroll Media, a wholly owned subsidiary of The E.W. Scripps Company.

Couric famously shattered the glass ceiling by becoming the first woman to solo anchor a national evening newscast when she hosted the CBS Evening News. Prior to her work at CBS, Couric spent 15 years as a co-anchor of the Today Show on NBC.

Couric joined Yahoo! in 2014 as the website’s Global News Anchor. In recent years, she’s produced two documentaries: Fed Up (a look at obesity in America) and Under the Gun (a look at the history of gun violence in America).

Couric is also a philanthropist as co-founder of Stand Up To Cancer and the National Colorectal Cancer Research Alliance.

“Katie is superbly equipped to make the most of the opportunity podcasting offers for freedom of expression and depth of subject matter,” Chris Bannon, chief content officer for Midroll, said in a news release. “Listeners will be well-served by this veteran journalist, who brings so much skill, commitment and experience to her work. We have had a lot of fun in the studio already, and I am eager to share these conversations with her fans."

The show will be co-hosted by Brian Goldsmith, a political consultant at Yahoo! News.

“Katie Couric” will publish weekly on Thursdays and will be available to stream on iTunes, Stitcher, Soundcloud and other podcatchers.