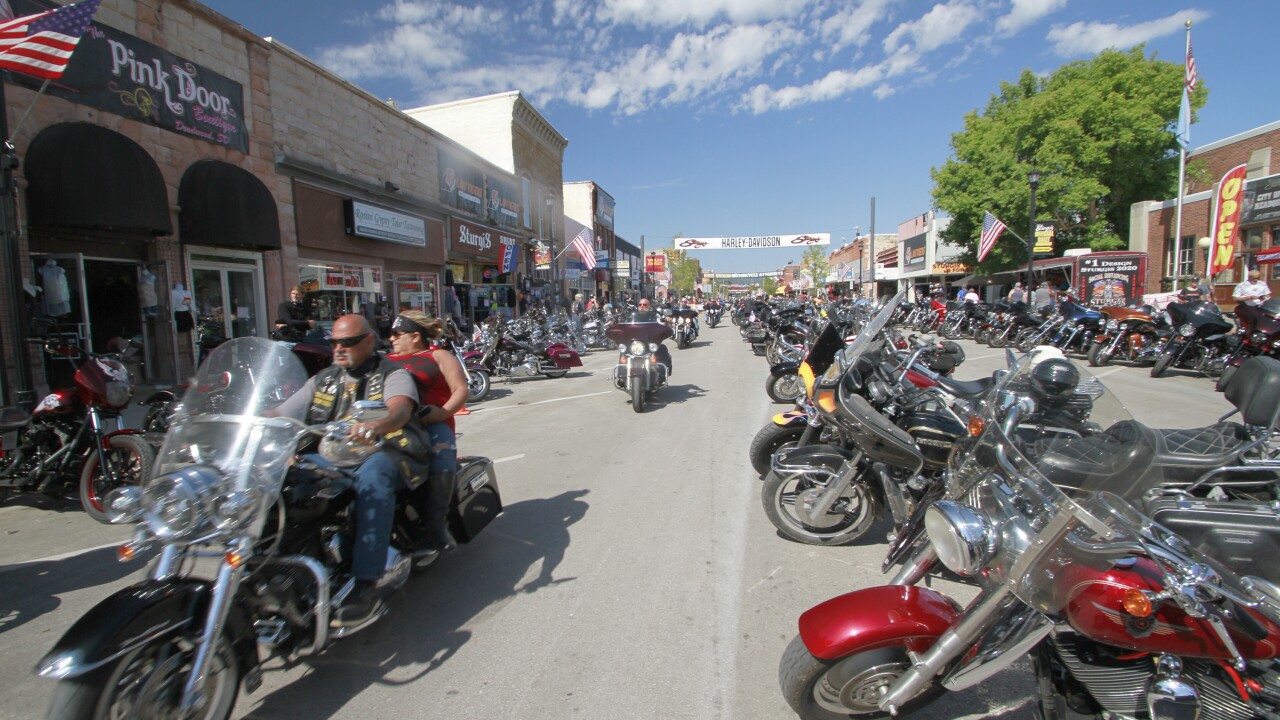 The Motorcycle Rally in Sturgis, South Dakota, was expected to bring thousands to the small South Dakota town despite the spread of the coronavirus.

The Sturgis Police department reported a total of 92 non-traffic arrests, 60 traffic arrests and 24 parking citations through Monday morning. The rally is three days into its nine-day run.

While 92 non-traffic arrests were up by 22 from this time last year, traffic-related arrests were down by 19 from a year ago.

The department released a breakdown of the arrests from the rally. Many of the arrests stemmed from driving while intoxicated (19) and drug possession or paraphernalia (47).

The city said it's spending $195,000 of CARES Act money to have mandatory coronavirus tests on all city employees as well as optional tests for city residents following the rally.