Dow continues to fall as investors worry about the economy 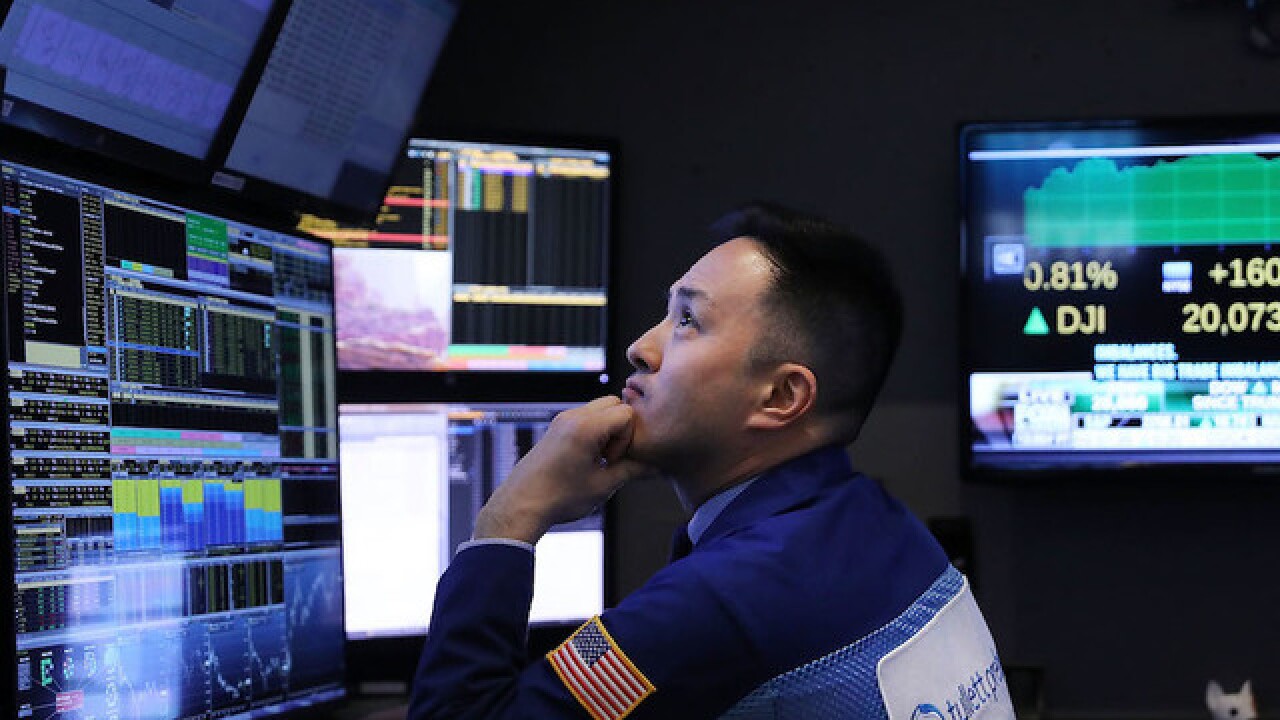 The US stock market sank deeper into the red following sluggish economic reports on Monday and bad news from a couple of blue-chip giants.

The Dow closed down 507 points for the day.

And the Russell 2000 index of small-cap stocks tumbled into a bear market, marking a 20% decline from the record highs notched in late August.

A weaker reading from the New York Federal Reserve about manufacturing in the Empire State and a drop in confidence from the nation's homebuilders weighed on the markets.

"Investors are zeroing in on this idea of slower growth for 2019," said Michael Arone, chief investment strategist at State Street Global Advisors. "More people are worried about a recession in late 2019 or 2020."

The political noise in Washington isn't helping either. President Trump, in a tweet Monday morning, repeated his criticism of the Federal Reserve for its recent rate hikes. The Fed meets Wednesday and is widely expected to raise rates again.

But  Trump tweeted  that "it is incredible that with a very strong dollar and virtually no inflation, the outside world blowing up around us, Paris is burning and China way down, the Fed is even considering yet another interest rate hike. Take the Victory!"

The Fed is supposed to be politically independent. Any evidence that it might be swayed by attacks from Trump could unnerve the markets.

"If the Fed doesn't raise rates it will look like it's succumbing to the bullying of Trump's tweets," Arone said.

But Nancy Perez, managing director at Boston Private, said the Fed is likely to slow down its pace of rate hikes in 2019 simply because the economy is slowing, not because of pressure from Trump.

Perez added that the recent market turmoil is justified because investors are readjusting to this fact.

"We have been getting a bump in profit margins due to lower taxes but the earnings growth itself is not sustainable," Perez said. "Projections will come down and volatility will continue."

J&J, UnitedHealth and Goldman Sachs were the day's big movers

Investors had more to worry about than the economy and politics though.

The Dow's losses were led by a continued drop in healthcare and consumer products giant Johnson & Johnson.

Dow component UnitedHealth ( UNH ) fell nearly 2% after a federal judge in Texas ruled late Friday that the individual mandate of the Affordable Care Act, aka Obamacare, was unconstitutional.

This is unlikely to affect health coverage for Americans for quite some time, but it does lead to further uncertainty about the ultimate fate of the landmark law.

Shares of rival insurer Cigna ( CI ) -- which is in the process of merging with pharmacy benefits manager Express Scripts ( ESRX ) -- and drugstore giant CVS ( CVS ), which recently acquired insurer Aetna -- were lower Monday as well.

And Dow component Goldman Sachs ( GS ) was weighing on the broader market too. The Wall Street investment banking giant is in the middle of a scandal in Malaysia.

The Malaysian government  filed criminal charges against Goldman Sachs  Monday due to its involvement with investment fund 1MDB.

Malaysia has accused Goldman Sachs of misleading investors about bond sales for the fund that were underwritten by Goldman Sachs. The Fed is said to be looking into Goldman Sachs' ties to 1MDB as well.

Shares of Goldman Sachs fell 3% Monday for the ninth day in a row. They are now down nearly 35% this year, making the stock the Dow's worst performer of 2018.