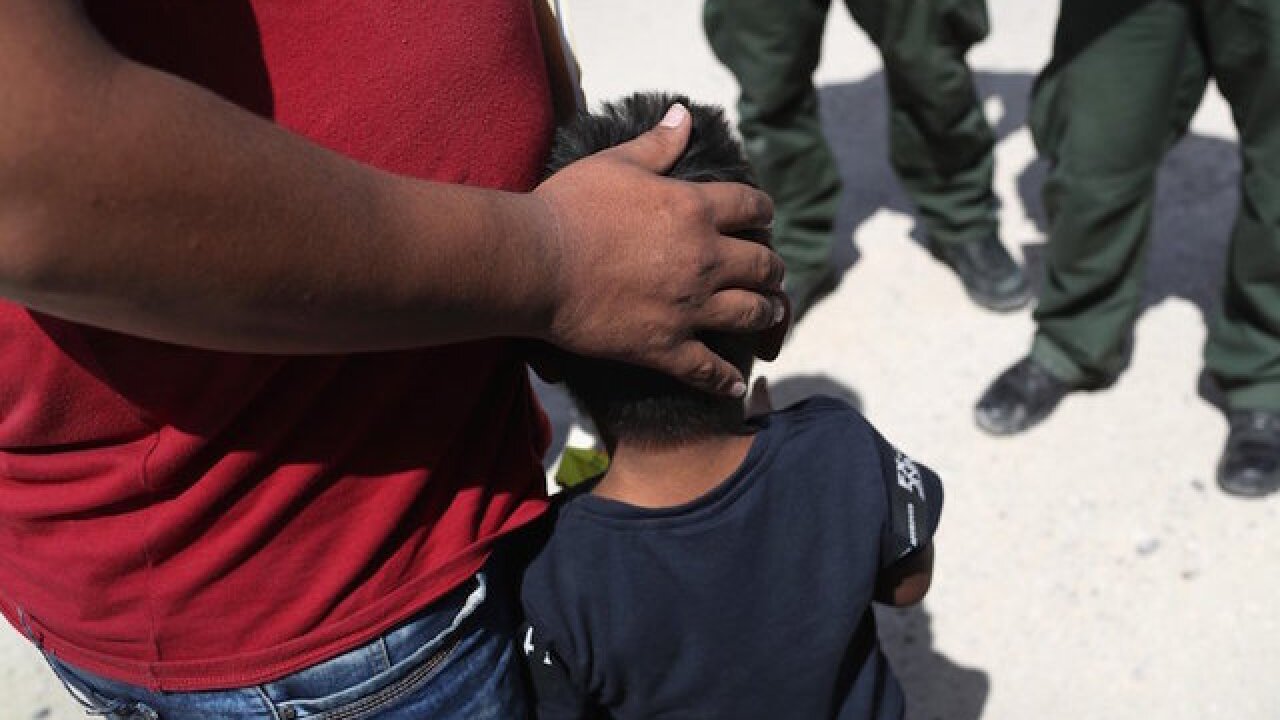 © 2018 Cable News Network, Inc.
John Moore/Getty Images
<p>DNA testing is being conducted as part of the process to reunite children who were separated from their parents at the border, a federal official with knowledge of the reunifications told CNN.</p>

DNA testing is being conducted as part of the process to reunite children who were separated from their parents at the border, a federal official with knowledge of the reunifications told CNN.

"The safety and security is paramount and that it is not uncommon for children to be trafficked or smuggled by those claiming to be parents. To our knowledge this is a cheek swab and is being done to expedite parental verification and ensuring reunification with verified parents due to child welfare concerns," the official said.

The source could not discuss how long the practice has been taking place, if the testing requires consent and if the DNA is stored in a database.

Jennifer K. Falcon, communications director for RAICES, a nonprofit in Texas that offers free and low-cost legal services to immigrants and refugees, called the move deplorable because collecting such sensitive data would allow the government to conduct surveillance on the children "for the rest of their lives."

"This is a further demonstration of administration's incompetence and admission of guilt, this further drives home the point we've been saying. They never registered parents and children properly."

Falcon also said it's not possible the migrant children -- some as young as two months old -- are giving their consent to DNA testing.

The organization said they'd never heard of DNA testing being done to reunite families before and they don't support the move.

Attorneys representing migrant families told CNN some of their clients have been approached by individuals who identified themselves as health officials or were wearing military-style clothing.

"I was told [by my clients] that 'men in blue military uniforms' were performing and ordering the blood and saliva tests," said Sophia Gregg, an immigration lawyer at Legal Aid Justice.

Gregg said she's learned that those individuals work with the Office of Refugee Resettlement.

Some are also conducting lengthy interviews with parents about their children, asking questions such as where their children were born and whether they have distinguishing marks, another attorney told CNN.

The Trump administration has been facing continued scrutiny and questions over what will happen to the undocumented families who were separated as a result of the administration's widely criticized "zero-tolerance" immigration policy. CNN has previously reported that it's not clear how many migrant families have been reunited since a judge ordered the US government to halt most family separations at the border.