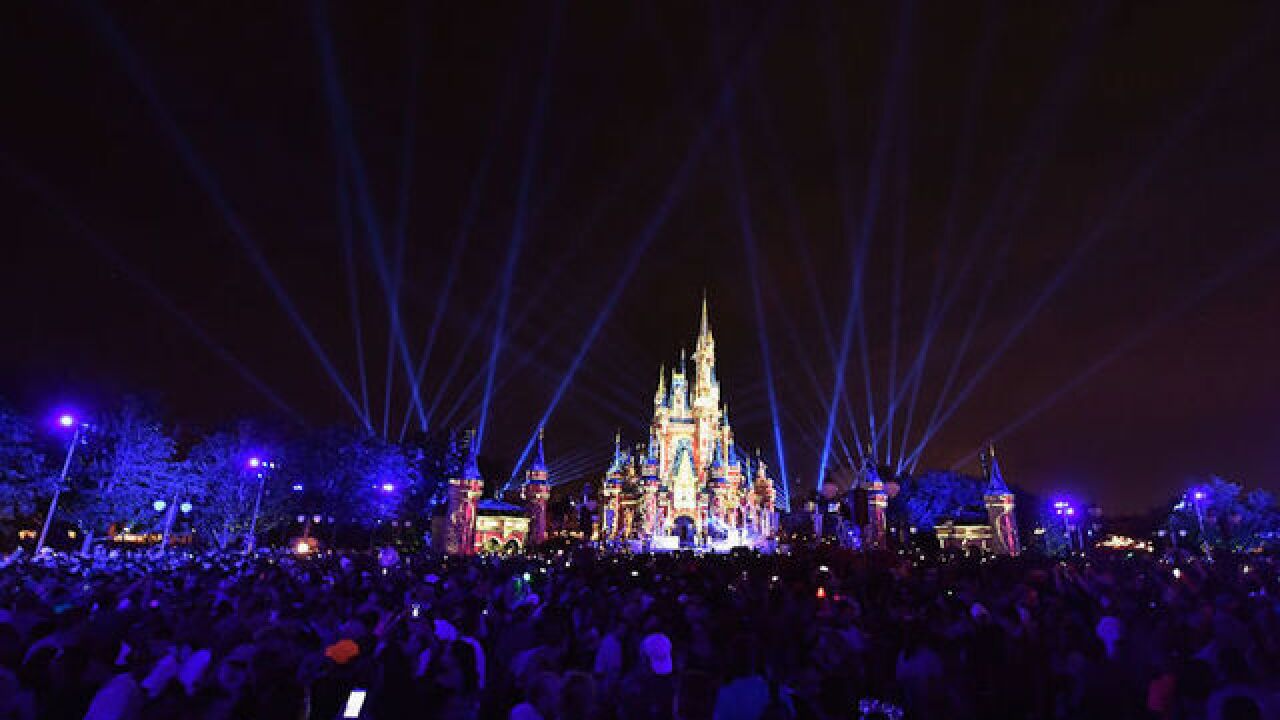 Image copyright 2017 Getty Images. All rights reserved. This material may not be published, broadcast, rewritten, or redistributed.
Gustavo Caballero
<p>General views of the Magic Kingdom on May 23, 2017 in Orlando, Florida. </p>

Disney is embracing the idea of a $15 per hour minimum wage in its latest contract negotiations with unions — but workers aren't won over yet.

Service Trades Council Union representatives in Florida head to the bargaining table this week to discuss the latest offer from Disney, which would include wage hikes for about 34,000 workers at Walt Disney World in Orlando. It would lift their minimum wage from $10 per hour to $15 per hour by fall of 2021.

Disney says that marks the largest increase to starting wages it's ever offered.

But while workers in Orlando are anxious to nab the wage hikes, there's still some hesitation.

"The devil is in the details," said Eric Clinton, president of Unite Here Local 362, an affiliate of the Service Trades Council Union.

There are terms in Disney's latest proposal that are a no-go for the union, Clinton said. They include rules that would affect how the employees are paid for working overtime and holidays, and change how their schedules are made.

Disney is set to meet with union representatives to negotiate on June 8.

The company declined to comment on the issues union representatives have raised with its latest proposal.

Despite his qualms, Clinton, the union executive, said he's cautiously optimistic they will reach a deal this month. Any agreed upon terms will have to be voted on by union members.

Disney's offer would also give workers $1,000 bonuses, which had already been announced but that the company has been withholding until a new contract is inked.

Deal or no deal, the union plans to push forward with its fight to force Disney to hand over the bonuses.

The union filed an unfair labor practice complaint against the company for withholding them, but the National Labor Relations Board sided with Disney. The Service Trades Council Union pledged to appeal the decision.

Contract negotiations between Disney and some Disneyland workers in California are also ongoing, and the union isn't happy with what Disney has put on the table.

Former presidential candidate Senator Bernie Sanders met with Disneyland workers on Saturday in support of their push for higher wages. Local news reports say Sanders, an independent, railed against companies that fail to pay workers a "living wage" and gave his support to union leaders fighting to raise the minimum wage in Anaheim, California, to $15 by January 2019.

Disney is offering raises to about 9,500 unionized workers in Anaheim, which would give them a $15 minimum wage by 2020, according to a company press release from Friday.

David Huerta, the president of a local union, told CNNMoney that in Orange County California — where the cost of living is significantly higher than Orlando, Florida — that isn't enough.

"Rents have gone up, cost of living has gone up. Wages have got to keep pace with it," Huerta said.

Disney issued a statement responding to Sanders's criticisms. "While Mr. Sanders continues to criticize Disney to keep himself in the headlines, we continue to support our cast members through investments in wages and education," the statement says.

The legally mandated minimum wage for California is set to hit $15 per hour, but not until 2022. It's currently $11 per hour.

The push for a $15 per hour minimum wage has gained significant momentum around the country in recent years. Fast food and low-wage workers in particular have rallied around the Fight for $15 movement.