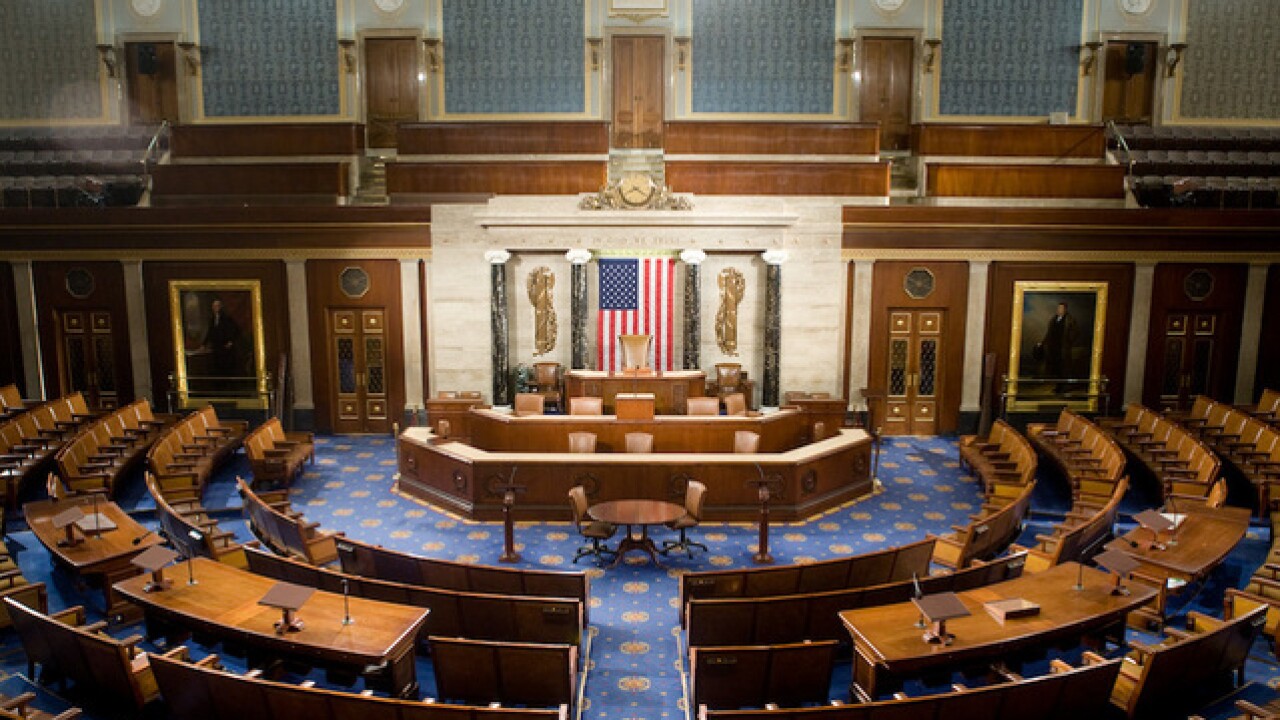 Image copyright 2018 Getty Images. All rights reserved. This material may not be published, broadcast, rewritten, or redistributed.
Brendan Hoffman
<p> The U.S. House of Representatives chamber is seen December 8, 2008 in Washington, DC. Members of the media were allowed access to film and photograph the room for the first time in six years.</p>

While Tuesday's election wasn't quite the "Blue Wave" that Democrats had hoped for, the Democratic Party is projected to have a majority of seats in the US House once the new Congress is seated in January.

All 435 seats in the House of Representatives were up for election on Tuesday, and that fact has spurred high voter turnout in an election that could see a lot of change on Congress.

Polls began to close at 6 p.m. on the East Coast. Follow this story for live updates throughout the evening regarding the biggest House of Representative races.

Democrats needed to pick up 23 seats on Tuesday to take the House of Representatives away from the Republicans.

The GOP has held the House of Representatives since 2011.

The first big turnover of the night was Democrat Jennifer Wexton projected to defeat Republican incumbent Barbara Comstock, becoming the first Democrat elected to the Virginia district in nearly four decades. Republicans have held the 10th district of Virginia since 1980.

Ushering in a crop of new Democrats into the House, Alexandria Ocasio-Cortez, 29, will become the youngest woman in history to be elected to Congress. She upset New York Democratic Rep. Joe Crowley in the primary election earlier this year.

Michigan Democrat Rashida Tlaib and Ilhan Omar, the Minnesota Democratic-Farmer-Labor Party's nominee, were elected on Tuesday as the first Muslim women in the House.