Abortion, pot and crime: Results from state ballot initiatives across the U.S. you should know about 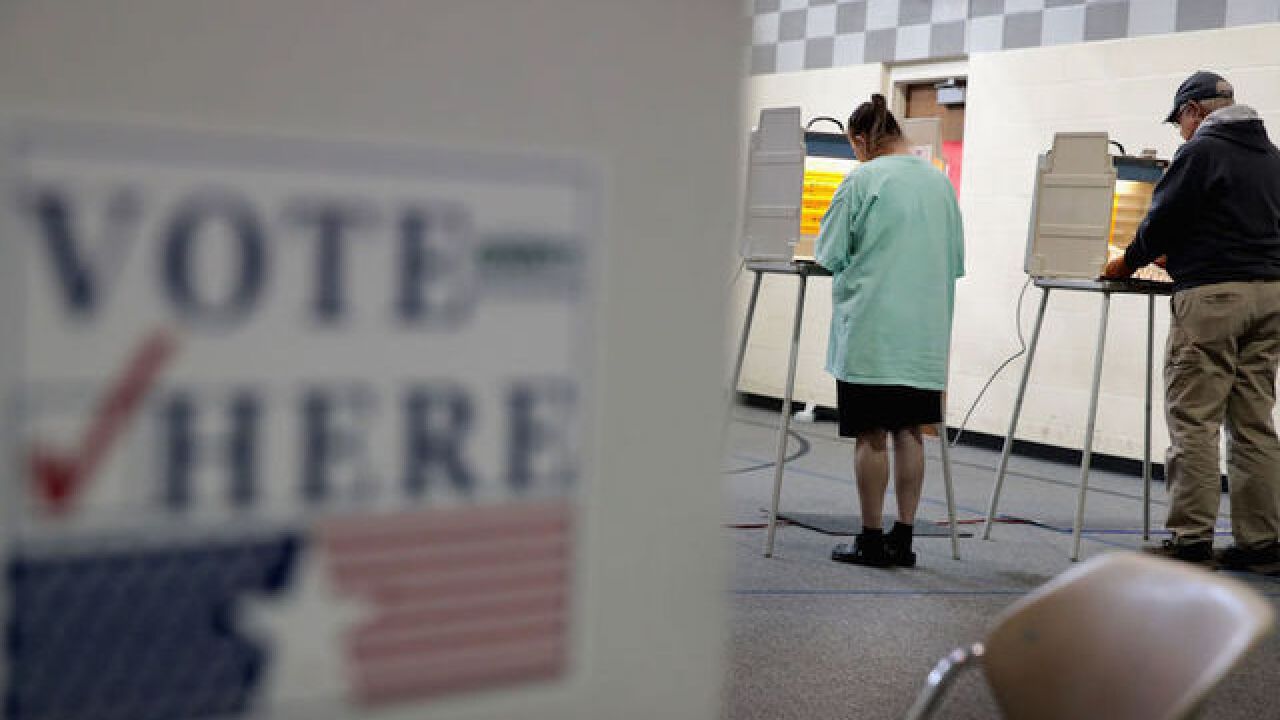 Image copyright 2018 Getty Images. All rights reserved. This material may not be published, broadcast, rewritten, or redistributed.
Scott Olson
<p>Voters cast ballots at a polling place on November 6, 2018 in Kirkwood, Missouri. </p>

The midterm election was not just an opportunity to change the face of Congress and statehouses nationwide. Voters in 37 states also considered ballot measures on social and political issues such as health care, marijuana and election policies.

Some were initiated by citizens, others by lawmakers. The questions included whether to restrict abortion access, expand Medicaid, or change voting requirements.

Here are some of the ballot measures we're keeping an eye on nationwide. We'll continue updating the results as they come in.

In Alabama and West Virginia, voters approved changing their state constitutions to say that they do not protect the right to an abortion or require funding of abortions.

Alabama's Amendment 2 will also change the state constitution to say that it supports the rights of unborn children, giving them constitutional protections.

West Virginia's Amendment 1 also prevents state taxpayer money from being used to pay for abortions for those on Medicaid.

Supporters of Marsy's Law say it gives victims more say in what happens in their cases. Opponents, including the American Civil Liberties Union, said victims already have these types of rights through state laws and warned that enshrining victims' rights in state constitutions creates a false equivalency between them and the rights of the accused. They warn that Marsy's Law could undermine the rights of the accused and divert resources from those in need.

Washington state's initiative 940 would change the legal standard for use of deadly force in officer-involved shootings. It would effectively lower the bar for prosecuting officers by establishing a good faith standard for opening fire.

The measure would also require law enforcement officers to receive ongoing training in violence de-escalation and how to interact with people with mental health issues. And it would establish a duty for officers to render first aid.

Florida voters passed Amendment 4, which restores voting rights for felons after they complete their sentences, including parole or probation, except for those convicted of murder or a felony sexual offense. The law is expected to give the right to vote to 1.5 million people.

Ohio voters in May approved a statewide measure to establish a new redistricting system. Four more states -- Colorado, Michigan, Missouri and Utah -- weighed similar measures for their state legislatures, their congressional districts, or both.

Voters in Arkansas and North Carolina approved amendments requiring voters to present a photo ID to vote in person.

Maryland voters chose to authorize the general assembly to pass legislation that lets qualified people register to vote on Election Day. Ballots in Michigan and Nevada asked whether to allow automatic voter registration for those who interact with certain government agencies.

Voters in Michigan approved a measure that allows people 21 and older to use marijuana and changes current violations from crimes to civil infractions.

Missouri had three competing measures. All of them proposed to legalize marijuana for medical purposes, but with different proposed sales tax amounts and revenue uses:

- 2% tax, with revenue to be spent on veterans' services, drug treatment, education and law enforcement

- 15% tax, with revenue to be spent on a biomedical research institute

- 4% tax, with revenue to be spent on health care services for veterans

Voters in Utah are deciding whether to legalize medical marijuana, and Michigan and North Dakota voters weighed citizen initiatives to legalize recreational marijuana.

Voters in Idaho, Utah and Nebraska considered whether to require their state governments to accept the Obamacare Medicaid expansion. In Montana, voters had the chance to force the state to continue accepting the expansion.

Nebraska, Utah and Idaho voters said yes to expanding Medicaid coverage under the Affordable Care Act, including individuals under age 65 whose income is 138% or below the federal poverty line who aren't eligible for other state insurance coverage.

In Nevada, Question 2 would amend the Sales and Use Tax Act of 1955 to remove taxes on feminine hygiene products, also known as the pink tax.

Florida voters passed Amendment 13, which creates a prohibition on racing or betting on greyhounds or other dogs by 2020.

More than 70% of Alabama voters approved an amendment to the state constitution authorizing the display of the Ten Commandments on state and public property, including schools, and to prohibit spending public funds to defend the constitutionality of the amendment.

California's Proposition 6 would repeal fuel and vehicle taxes passed by the legislature in 2017 for road repairs and public transportation.