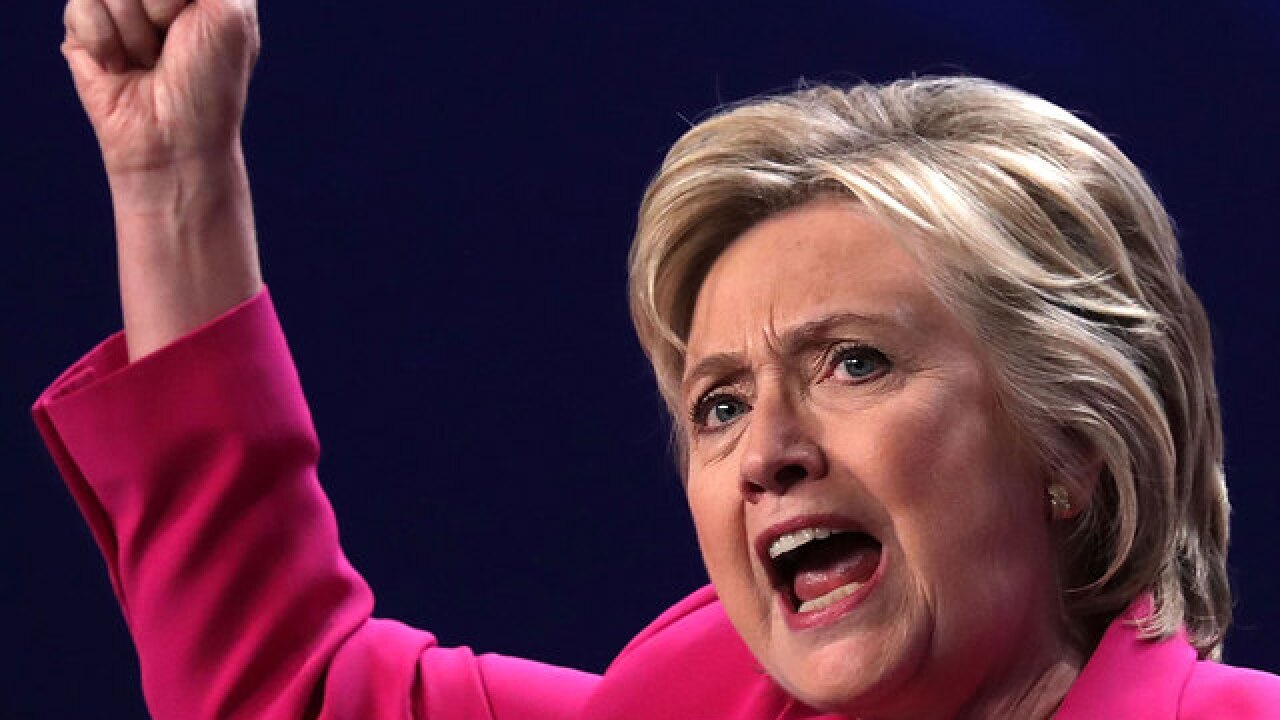 ATLANTIC CITY, N.J. (AP) — Hillary Clinton on Wednesday ripped Donald Trump as a "shameful" businessman with a history of exploiting workers, holding up the presumptive Republican nominee's turbulent history in struggling Atlantic City as a warning for American voters.

"What he did here in Atlantic City is exactly what he'll do if he wins in November," said Clinton, standing on the seaside town's famed boardwalk outside a shuttered hotel formerly owned by Trump.

Clinton's remarks were part of a growing effort by her campaign to tear down Trump's business reputation, which Democrats believe is overhyped and based more on his ability to attract publicity than actual private sector skills. In the coming weeks, Clinton's campaign is expected to highlight "victims" of Trump's business ventures, including contractors who went unpaid — replicating a strategy Democrats employed successfully against 2012 GOP nominee Mitt Romney.

Clinton focused narrowly on Trump in her address, making no mention of the FBI's recommendation Tuesday that she not face charges for her controversial email practices as secretary of state. In clearing Clinton of breaking the law, FBI Director James Comey was blistering in his criticism of the Democratic nominee, saying she was "extremely careless" in handling classified information on a private email and personal internet server.

Even with Comey's tough rhetoric, Clinton aides were relieved to have the investigation formally closed so they can fully turn their attention to the fall face-off with Trump. Campaign aides say that while Trump's controversial comments about minorities and women weaken his prospects of winning the White House, he is still viewed favorably as businessman by many Americans.

For Clinton, Atlantic City provides a picture-perfect backdrop to try to undermine that reputation.

Once a casino-lined coastal jewel, Atlantic City has struggled in recent years, losing more than half of its gambling revenue during the last nine years. The casino struggles have led to job losses and credit downgrades.

Trump defended his record in the gambling town, saying he "created thousands of jobs and made a lot of money in Atlantic City, which was what, as a businessman, I am supposed to do for my company and my family." Earlier Wednesday, he blamed Atlantic City's troubles on politicians' "big mistakes."

But in even in the years when other Atlantic City casinos were growing, casinos carrying the Trump name weren't. When Trump's publicly traded company, Trump Hotels & Casino Resorts Inc., went bust in 2004, Atlantic City's casino revenues were on their way to an all-time high. In fact, two of his casinos' three bankruptcies occurred in years when overall Atlantic City gambling revenue was rising.

"Isn't he supposed to be some kind of amazing businessman?" Clinton said. "So it's fair to ask, since he is applying for a job, what in the world happened here?"

"If your governor would start doing his job instead of following Donald Trump around holding his coat, maybe we could really get New Jersey's economy moving again," Clinton said.

After a months-long fight over the city's future that included threats of a state takeover, Christie signed legislation in May that kept Atlantic City solvent and staved off immediate bankruptcy. The city now has until the end of October to formulate a plan for balancing its budget in order to avoid being taken over by the state.

Christie, meanwhile, has blamed the city's issues on Democrats as well as larger structural forces, including increased competition from new gambling centers and the city's failure to rebrand itself and expand its attractions.

In Washington, Clinton was getting support from Democrats on Capitol Hill. House Democrats met privately with Vermont Sen. Bernie Sanders, who challenged Clinton vigorously in the presidential primary and is yet to endorse her.

Lawmakers voiced frustration with Sanders' slow-moving support for Clinton, shouting "timeline, timeline" at the presidential candidate during a closed-door meeting. Sanders never clarified when he would endorse Clinton, though at one point he said, "our goal is not to win elections," then paused. During that pause, Sanders was booed, according to a Democrat who attended the session and spoke on condition of anonymity to freely discuss the meeting.