Debate takeaways: Cruz, Rubio mix it up, as do Bush, Trump 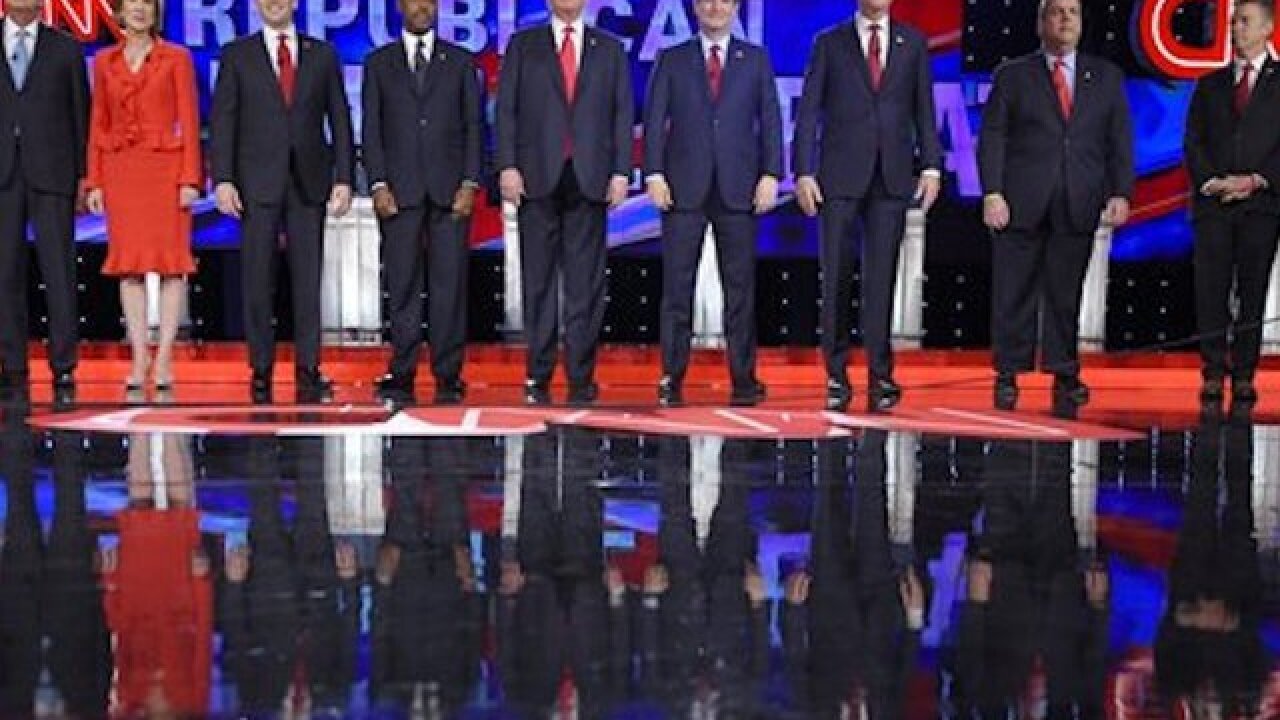 But the gathering of White House hopefuls in Las Vegas shaped up as a pair of mini-match-ups: One debate unfolded between the 44-year-old senators, Ted Cruz of Texas and Marco Rubio of Florida. And in a surprise rumble, former Florida Gov. Jeb Bush went hard after billionaire real estate mogul and GOP front-runner Donald Trump.

And Trump, by the way, promised anew he'd stick with the GOP. He says he'll pass on running as a third-party or independent candidate.

Here's a look at those moments and some of the other key takeaways from the last GOP presidential debate of the year.

The back-and-forth between Cruz and Rubio erupted at several points throughout the evening.

First, the duo tangled over the federal government's bulk collection of phone data via a program that began after the 9/11 attacks and was recently ended by Congress. Cruz defended his vote against the program, saying it gave law enforcement too much unchecked power.

When Rubio responded by calling the program a necessary tool to protect the country, Kentucky Sen. Rand Paul jumped in to retort that he is "completely wrong."

Cruz and Rubio also sparred over how best to combat the Islamic State. Cruz reiterated his position that the U.S. needs to use "overwhelming air power to utterly and completely destroy ISIS." Rubio dismissed that plan by saying that doing so "is not to lead at all."

Rubio said terrorists cannot be defeated only by air strikes, arguing a ground force primarily made up of Sunni Arabs is also needed to beat back the Islamic militants.

The two also tussled over immigration, with each accusing the other of changing his tune on the contentious topic. "I understand that Marco wants to raise confusion," Cruz charged.

As the two-hour-plus debate opened, Bush said Trump's proposal to temporarily ban Muslims from entering the U.S. is "not serious" and would make the country less safe. Then came a punch: "Donald is great at one-liners, but he's a chaos candidate and he'd be a chaos president."

The audience "oohed" at the jab, and a visibly agitated Trump responded that Bush was only attacking him "because I'm leading and his campaign has been a total disaster and nobody cares."

The two candidates later ended up in a tense exchange that wandered far from the foreign policy questions at issue. "If you think this is tough and you're not being treated fairly, imagine dealing with Putin," Bush said, referring to Russian leader Vladimir Putin.

Trump's reaction was to remind Bush of the wide gulf between them in preference polls. "You started off here," Trump said, gesturing to his place at the center of the stage where the leaders in the polls stand. "You're moving further and further. Pretty soon you're going to be off the end."

Bush leveled one more insult at Trump later in the debate, saying the political novice bones up on foreign policy by watching television.

"Just two months ago he said that Hillary Clinton would be a great negotiator with Iran," Bush said. "And he gets his foreign policy experience from the shows. That is not a serious kind of candidate. We need someone that thinks this through. That can lead our country to safety and security. "

OTHERS PASS ON POKING TRUMP

Despite enticements from the CNN moderators, both Rubio and Cruz pointedly declined to go after Trump — even on his proposed Muslim ban. Both said they understood where he was coming from, but that the policy simply wouldn't work.

"Everyone understands why Donald has suggested what he has," Cruz said. He promoted his own legislation as more appropriate and narrowly focused. His bill would suspend for three years welcoming refugees from countries where the Islamic State has a large footprint.

Asked about recent statements they've made about each other, Trump and Cruz both played nice. Trump said Cruz has a "wonderful temperament," reaching over to give him a little pat on the back. And Cruz said it's up to voters to decide if Trump is capable to serve.

TRUMP PLEDGES LOVE TO THE GOP

Trump's debate performance was like that of his first four — not particularly splashy. However, near the end of the debate, Trump delivered a series of assurances that he's a Republican. "I'm totally committed to the Republican Party," he said. "I'm honored to be the front-runner."

That's a drastic change from the first debate, when Trump alone raised his hand to show that he wasn't willing to swear off running as an independent. Even in recent days, Trump has warned that he might do so if he feels the Republican Party isn't showing him enough respect.

A third-party or independent run from Trump would be a nightmare for the GOP, providing a huge boost to the Democratic nominee in the general election.

CHRISTIE REACHES FOR THE SPOTLIGHT

After his relegation to the undercard debate last time out, New Jersey Gov. Chris Christie sought to make the most of his return trip to the main event stage.

Christie frequently addressed the cameras directly — a different strategy than most of the others. He also repeatedly referenced his time as a federal prosecutor, saying he was the only one who'd dealt with issues related to terrorism.

He said New Jersey was constantly under threat of attack in the years after 9/11 and he had to make decisions about "whether to use actionable intelligence."

Christie mocked the senators running against him, and the Senate in general, for "endless debate about how many angels can dance on the head of a pin."