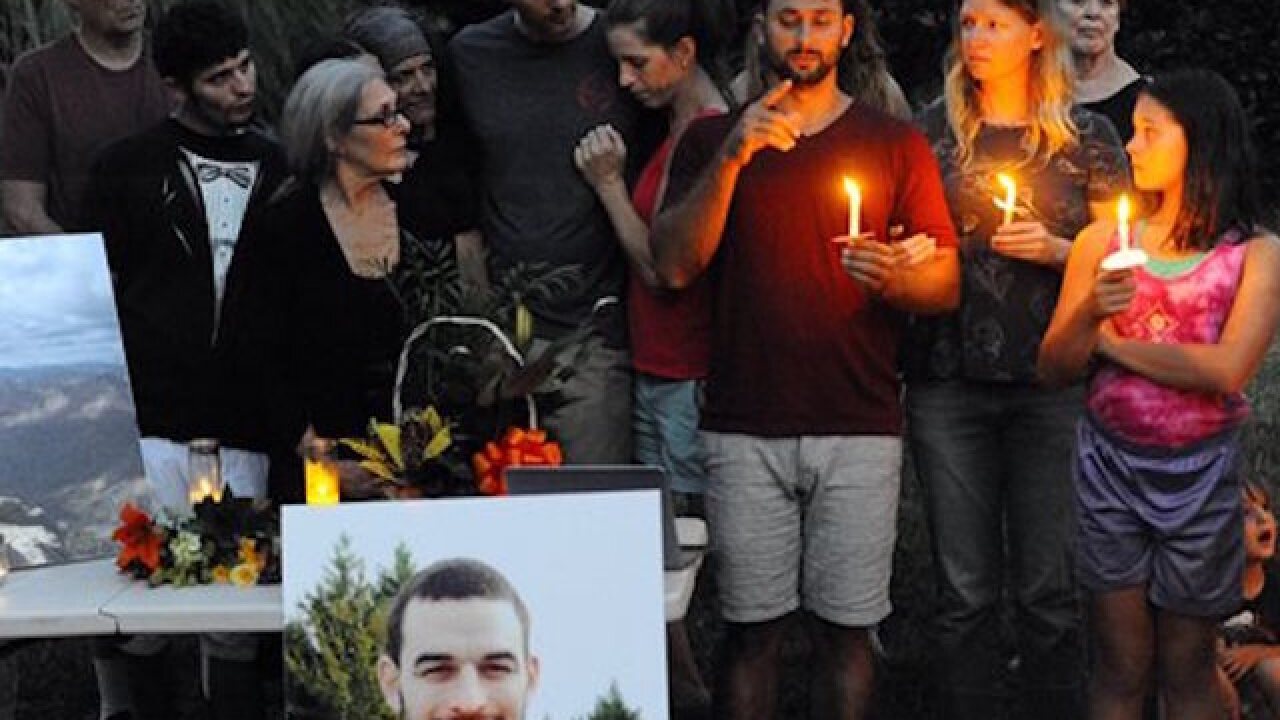 CHARLOTTE, N.C. (AP) — The North Carolina Highway Patrol is urging people not to jump to conclusions as state agents investigate how a deaf driver with a history of minor offenses ended up dead after leading a trooper on a 10-mile chase.

The family of Daniel Kevin Harris said he was unarmed and suggested the sequence of events last week was a tragic misunderstanding — the type the state's training manual warns troopers to avoid when dealing with the hearing impaired.

The investigation into the shooting is ongoing, Secretary Frank Perry of the state Department of Public Safety said in a news release.

"Let us all refrain from making assumptions or drawing conclusions prior to the internal and independent reviews" by the patrol, the State Bureau of Investigation and the district attorney, said Perry, whose agency oversees the Highway Patrol.

Authorities haven't said why Trooper Jermaine Saunders fired, and a review of public records shows a few traffic charges against Harris from other states, including damaging his employer's vehicle with his own car after he was fired last year, according to a Denver police report.

Last Thursday's incident started when Harris did not pull over as Saunders turned on his blue lights on Interstate 485 near Charlotte about 6:15 p.m. and ended after Harris drove down several miles of surface streets to his home. The trooper was trying to pull him over for speeding.

North Carolina's Basic Law Enforcement Training manual has a section that deals with interacting with deaf drivers. "Keep your eyes on the person's hands," it reads. "Deaf people have been stopped by an officer and then shot and killed because the deaf person made a quick move for a pen and pad in his or her coat pocket or glove compartment. These unfortunate incidents can be prevented by mutual awareness which overcomes the lack of communication."

Harris' family said they want to make sure the incident is investigated thoroughly and also want the state to make changes so officers will immediately know they are dealing with a hearing-impaired driver.

Authorities have released little information about the investigation, including any possible body camera or dashboard camera footage or whether a gun was found near Harris. Saunders has been placed on administrative leave. A spokeswoman for the SBI didn't respond Tuesday to questions, including whether authorities have interviewed Saunders yet.

Harris' family is raising money for his funeral and will put any extra money toward educating police officers on interacting with hard-of-hearing people and calling for a computerized system to alert officers they are dealing with a deaf driver, according to the family's posting on YouCaring.com.

"You don't see deafness the way that you see the difference in race. We need to change the system," Harris' brother Sam said to reporters using sign language and an interpreter after a Monday night vigil.

Sam Harris is deaf, and so are his brother's parents and other family members. They signed with each other as an Associated Press reporter knocked on their door Tuesday.

Sam Harris didn't want to talk Tuesday but wrote a note leaving an email address for an interpreter, who said no interviews could be conducted that day.

A review by The Associated Press shows Harris had been charged with traffic offenses and other misdemeanors in three states.

In 2015, Denver police were called to Shafer Commercial Seating after Harris was fired. Officials at the chair and tabletop manufacturer said Harris "got very mad and stormed out" after being fired, hitting an employer's vehicle with his own car causing light damage, according to a police report.

A warrant was issued, but never served, but it wasn't clear why. No one answered the phone at Shafer Commercial Seating after hours Tuesday.

Also in Denver, Harris had traffic stops in 2015 and 2008. The five misdemeanor charges filed in 2008 included obstructing a peace officer; all those charges were dropped. It's unclear what happened with the 2015 charge.

And in December of that same year, he pleaded guilty to interfering with or resisting police in Watertown, Connecticut.

The National Association of the Deaf works with law enforcement agencies to improve existing training manuals but doesn't have one of its own, CEO Howard Rosenblum said in an email.

The NAD supports intensive training for law enforcement officers on dealing with people who are deaf or hard-of-hearing and says some officers should be trained to communicate in American Sign Language.