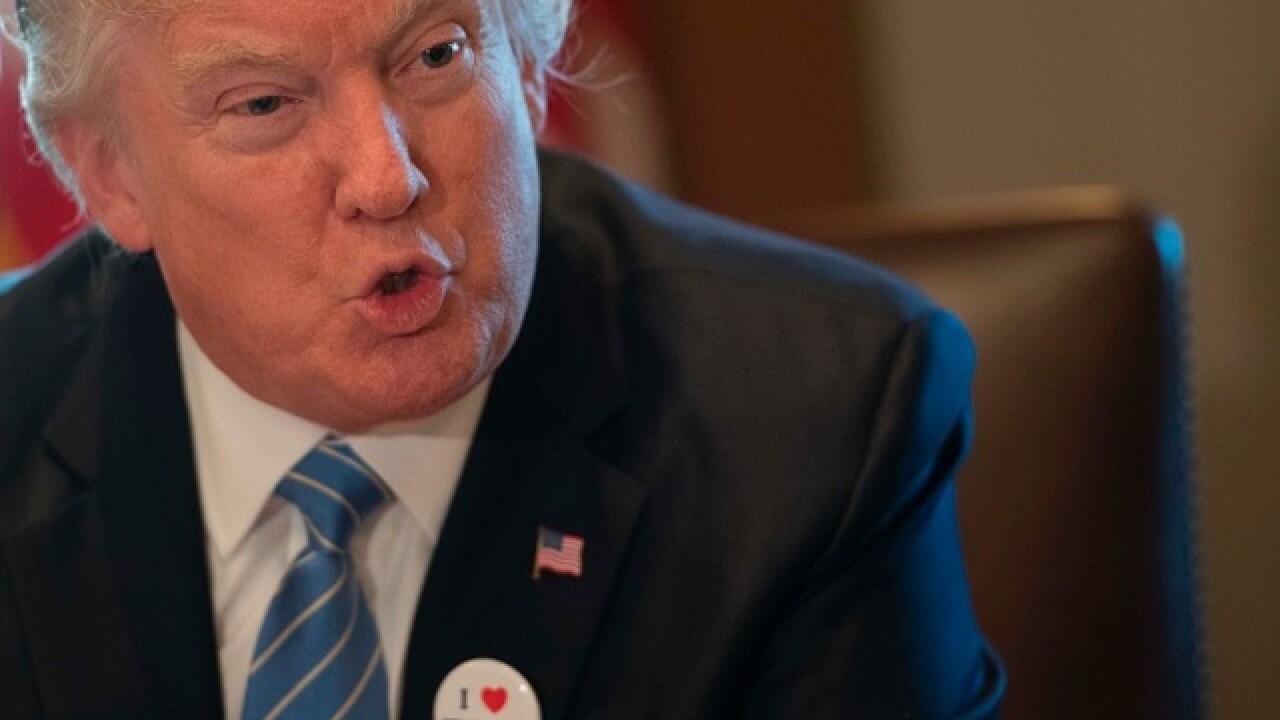 (CNN) -- The daughters of a Queens foot doctor say their late father diagnosed President Donald Trump with bone spurs to help him avoid the Vietnam War draft as a "favor" to his father Fred Trump, according to a new report Wednesday.

Dr. Larry Braunstein, a podiatrist who died in 2007, often told the story of providing Donald Trump with the diagnosis of bone spurs in his heels so he could be exempt from military service, his two daughters -- Dr. Elysa Braunstein and Sharon Kessel -- told the New York Times.

"It was family lore," Elysa Braunstein told the Times, adding that the story was "something we would always discuss" among family and friends.

The Times did not find documentation to help corroborate the family's account, who described themselves as Democrats who dislike Trump, and Elysa Braunstein was unsure whether her father ever examined Donald Trump.

The White House did not return the Times' request for an interview with the President nor respond to questions about his service record.

Dr. Braunstein rented his office in Jamaica, Queens, from Fred Trump in the 1960s, the Times reported, citing records. His two daughters told the Times that their father provided the diagnosis of bone spurs as a courtesy to the elder Trump.

"I know it was a favor," Elysa Braunstein told the newspaper, who added that the "small favor" got her father "access" to Fred Trump.

"If there was anything wrong in the building, my dad would call and (Fred) Trump would take care of it immediately," she told The Times.

Elysa Braunstein also told the newspaper that her father implied that Trump did not have a foot ailment.

In 1968, after receiving four deferments due to education, Donald Trump was diagnosed with bone spurs in his heels at the age of 22, seven years before the Vietnam War ended.

In a 2016 interview with The Times, Trump claimed that a doctor "gave me a letter -- a very strong letter -- on the heels" to provided to draft officials. In the interview, Trump couldn't recall the name of the doctor.