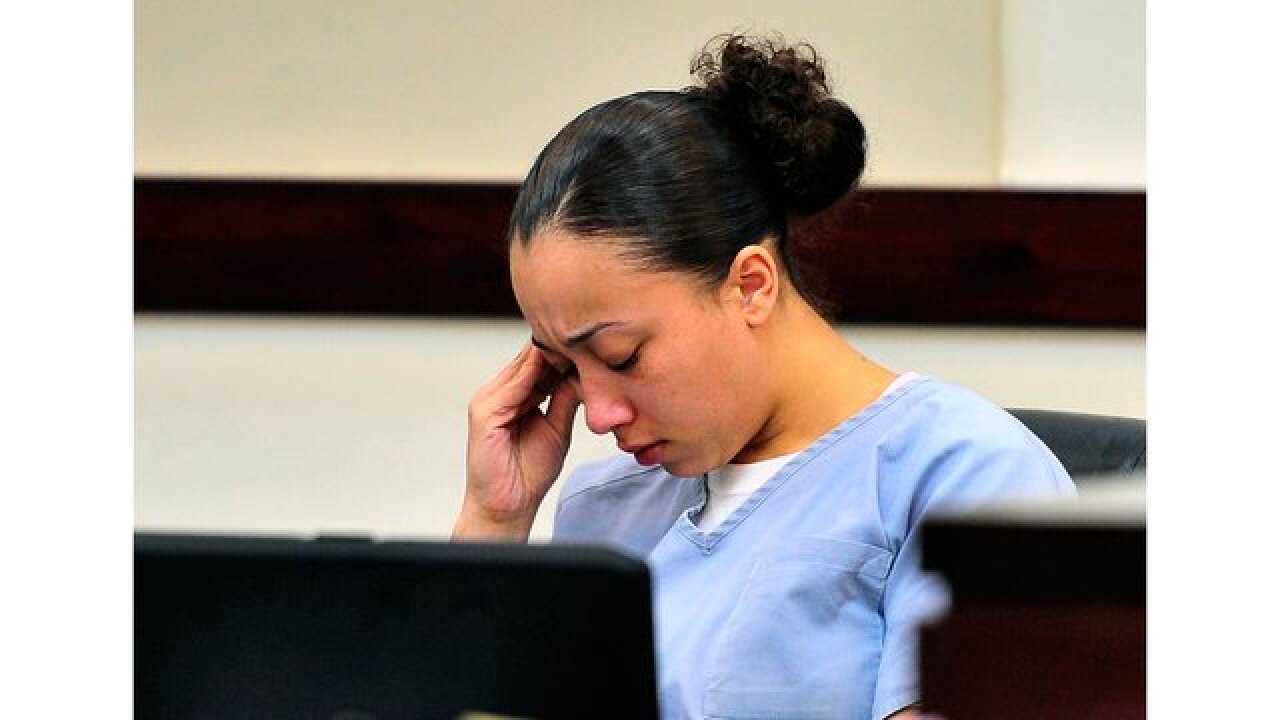 © 2018 Cable News Network, Inc.
Jae S. Lee/AP
<p>A woman who was 16 when she killed a Nashville man who solicited her for sex must serve at least 51 years in prison before she's eligible for release, according to the Tennessee Supreme Court.</p>

(CNN) -- A woman who was 16 when she killed a Nashville man who solicited her for sex must serve at least 51 years in prison before she's eligible for release, according to the Tennessee Supreme Court.

On Thursday the court said defendants like Cyntoia Brown, who are convicted of first-degree murder committed after July 1, 1995, and sentenced to life imprisonment, can't become eligible for release from prison before serving more than five decades.

The court's five justices were unanimous in their decision against Brown, who was convicted of killing a 43-year-old man in 2004 when he took her to his house for sex. Brown has said she killed him after she feared he would kill her.

Thursday's ruling came in response to a lawsuit in which Brown argues her sentence is unconstitutional, citing a 2012 opinion by the US Supreme Court that said mandatory life sentences without parole for juvenile offenders violate the US Constitution.

The Tennessee Supreme Court explained in a statement that "under state law, a life sentence is a determinate sentence of 60 years. However, the sixty-year sentence can be reduced by up to 15 percent, or 9 years, by earning various sentence credits."

According to the Tennessee code, those credits include recognition for good behavior or participation in educational or vocational training programs

A district court previously denied Brown's motion, per court documents, pointing out she hadn't been sentenced to life in prison without the possibility of parole -- just a life sentence.

The case is pending judgment by the US Sixth Circuit Court of Appeals, which asked the Tennessee Supreme Court to share its opinion.

Parole board split on clemency

More than a decade after sentencing, Brown's case caught the attention of A-list celebrities like Rihanna and Kim Kardashian West who began advocating for mercy. Her story spread on social media using the hashtag #FreeCyntoiaBrown.

Brown says she was forced into prostitution after a difficult childhood. At her trial, she said her victim, Johnny Mitchell Allen, solicited her for sex and drove her to his house.

There, Brown saw a gun cabinet in Allen's room, she said during her trial. She resisted him until he appeared to reach under the bed, at which point she believed he was going to kill her. Brown took a gun out of her purse and shot Allen, killing him.

Brown was tried as an adult.

In a clemency hearing in May, the Tennessee Board of Parole was split on its recommendation to Gov. Bill Haslam. Two of the six member voted to grant clemency, two to deny it, and two to make her eligible for parole after 25 years.

Prosecutors at that hearing said Brown killed Allen to rob him, not to defend herself.

CORRECTION: A previous version of this article misspelled the last name of victim Johnny Mitchell Allen.