Cruz: Vote your conscience; no endorsement of Trump 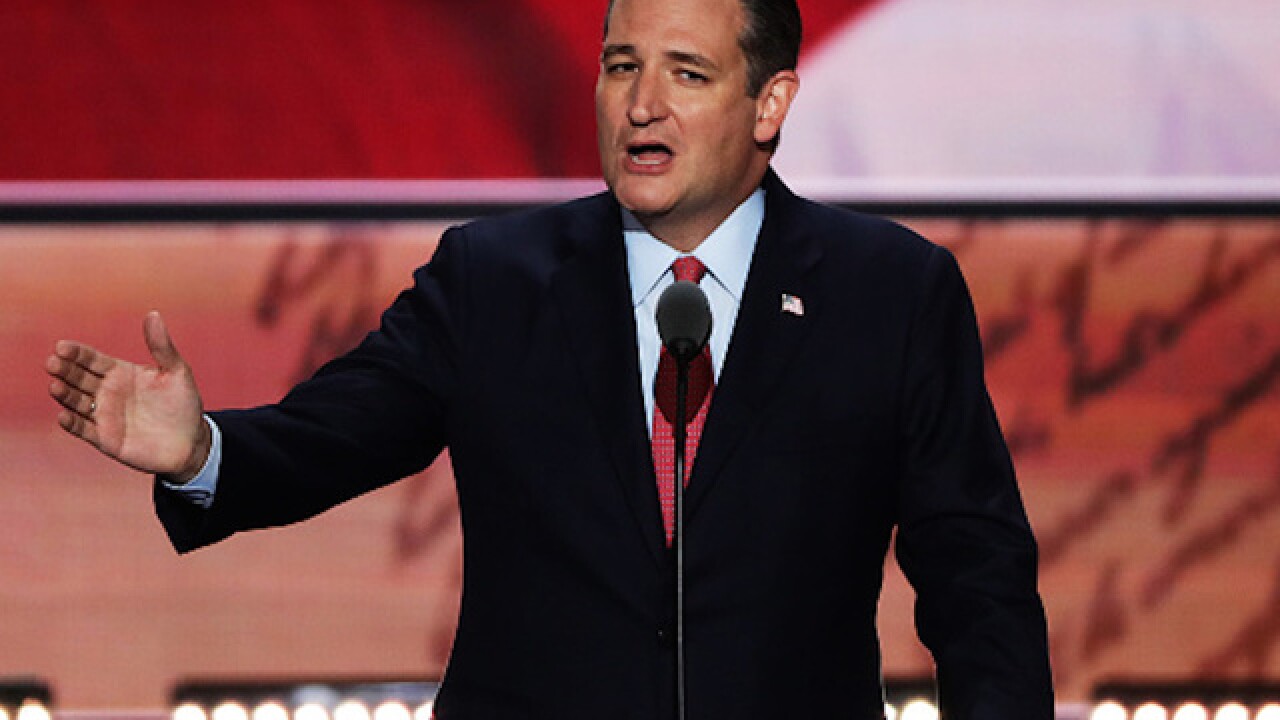 Copyright Getty Images
Alex Wong
<p>CLEVELAND, OH - JULY 20: Sen. Ted Cruz (R-TX) delivers a speech on the third day of the Republican National Convention on July 20, 2016 at the Quicken Loans Arena in Cleveland, Ohio. Republican presidential candidate Donald Trump received the number of votes needed to secure the party's nomination. An estimated 50,000 people are expected in Cleveland, including hundreds of protesters and members of the media. The four-day Republican National Convention kicked off on July 18. (Photo by Alex Wong/Getty Images)</p>

In front of the most energetic crowd so far this week at the Republican National Convention, Sen. Ted Cruz took the stage in Cleveland Wednesday promising Americans there is a better way, but not offering an endorsement of GOP nominee-in-waiting Donald Trump.

Despite getting rousing cheers from the Republican audience, Cruz left to a chorus of boos from Trump supporters after failing to endorse Trump. As Cruz's speech concluded, delegates chanted "endorse Trump" over the former presidential candidate.

Cruz's wife Heidi had to be led out with security protection as she left the convention floor.

Cruz finished second for the party's nomination and dropped out in May.

Cruz stuck with common themes in this year's convention, but he did not go as far as suggesting that Hillary Clinton is a criminal, unlike a number of other convention speakers.

The common themes included strict immigration laws, increasing the size and scope of America's role in the Middle East and gun rights among others.

"We stand here tonight a nation divided. Citizens are furious at an establishment that breaks promises and ignores the will of people," Cruz said. "Hillary Clinton thinks government should play big role in your life. Dictate your future. Look at Brexit."

"We deserve an immigration system that puts America first. And, yes, build a wall," Cruz said as the crowd chanted "build the wall."