Crosswords and puzzles do not prevent mental decline, study says 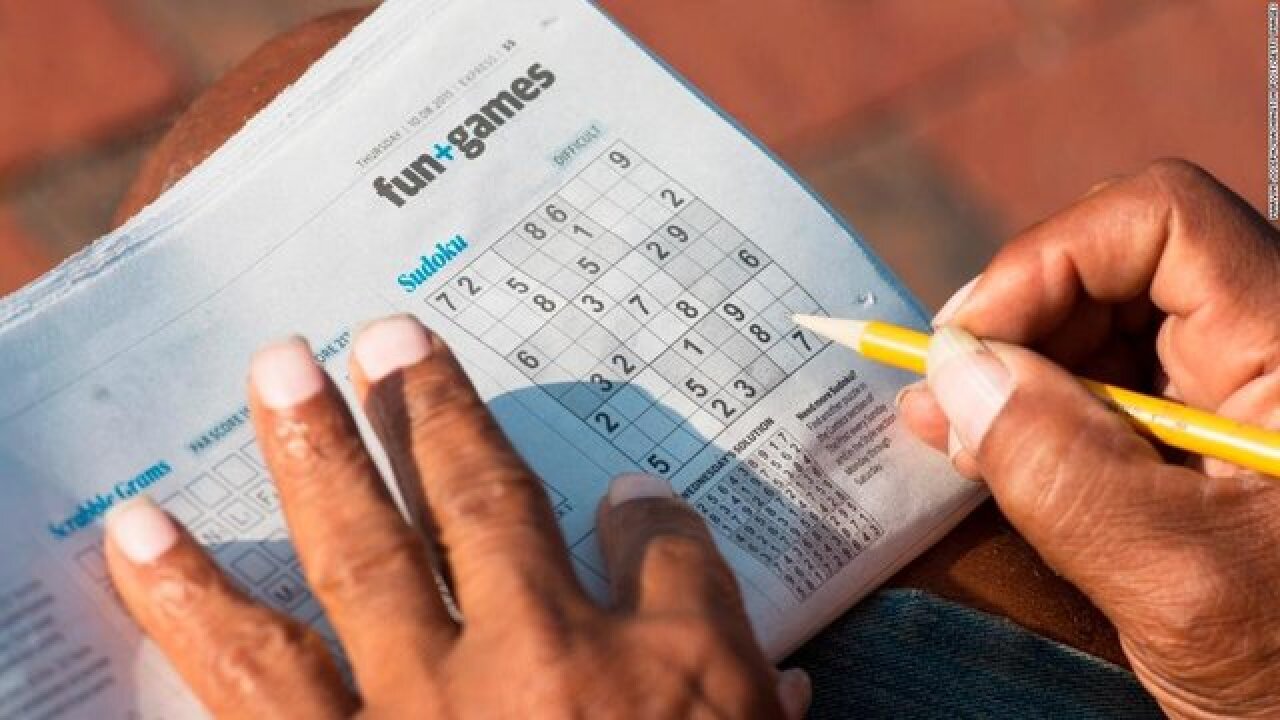 (CNN) -- Tackling a tricky crossword or a challenging Sudoku puzzle will not fend off age-related mental decline, new research has shown.

Scientists have, in recent years, argued that brain-training exercises, such as completing puzzles or learning another language, can reduce the risk of developing dementia. But that may not be the case after all, according to a team of Scottish researchers whose research was published in the BMJ .

The study's authors argue that such pursuits will not necessarily act as a preventative, but they could still provide a "higher cognitive point" from which to decline.

The study considered 498 participants, all born in 1936 and who took a group intelligence test when they were 11 years old. Those records were kept by the Scottish Council for Research in Education. Then, at about 64 years old, they were tested for the current study and followed up with several more times for memory and mental processing over the next 15 years. The research was led by Roger Staff, honorary lecturer at the University of Aberdeen and head of medical physics at Aberdeen Royal Infirmary.

The researchers stressed that their work is an observational study, so it is "impossible for a causal effect to be inferred."

James Pickett, head of research at the UK's Alzheimer's Society, said that other factors should also be taken into consideration. "Of all the diseases in the UK, dementia is now the biggest killer, so exploring potential factors which could reduce the risk of developing this devastating condition is fundamental to beating it," he said. "Although playing 'brain games' such as Sudoku may not prevent dementia, is has been shown that regularly challenging yourself mentally seems to build up the brain's ability to cope with disease."

"We know that what is good for the heart is good for the head, and there are other ways we can reduce our risk of developing dementia," he added, "by taking steps towards a healthy lifestyle, eating a balanced diet, avoiding smoking and heavy drinking, and exercising regularly."

The Alzheimer's Society recently launched a brain game app called GameChanger "which won't reduce the risk of dementia," Pickett said, "but through playing it, it can help build an understanding of cognitive changes and the difference between cognitive decline and dementia.

Eventually, he said, "the GameChanger project could find people who are showing early signs of cognitive decline and get them involved in studies and trials to hopefully stop them developing dementia."