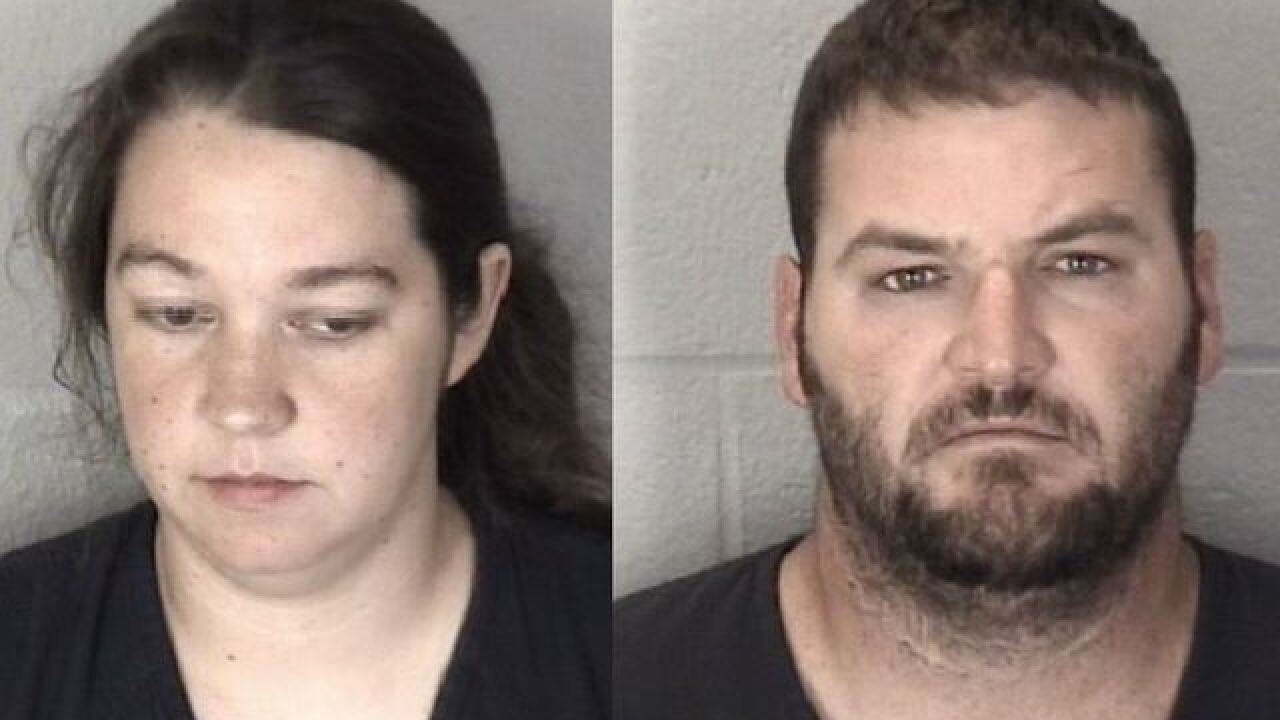 TIPPECANOE COUNTY, Ind. -- A Tippecanoe County, Ind. couple is accused of using extreme methods to punish their children, including tying them up and then locking them in a dark garage.

Shannon Breaux and Ashley Stigers are both facing neglect charges.

According to court documents, Stigers told police that Breaux would place their daughter in a cloth-like restraint system to show her what would happen if she got in trouble when she grew up.

The children, a boy and a girl, are both under the age of 14, according to those documents.

The boy told detectives that Breaux would “torture” him by grabbing a rope and “placing it around his neck, strapping his feet and then buckling his hands behind his back.”

The child said he would try to get out, but Breaux would leave him in the garage in the dark while he was bound as punishment.

The child said Breaux had used the device on him three times one day for running, not speaking to Breaux when he was spoken to and for not doing his chores.

When he was tied up, the child told detectives that the device tightly pulled his feet up behind his back and to his neck so that whenever he tried to move or get out, it would choke him.

The girl told detectives of similar instances and said that Breaux would put her hands behind her back, put the rope around her neck and over her feet and then throw her into the garage with the lights off as punishment.

Both children said their mother would watch when they were being punished.

The prosecuting attorney filed formal charges against Breaux and Stigers on Tuesday for two counts of neglect of a dependent and two counts of criminal confinement each.