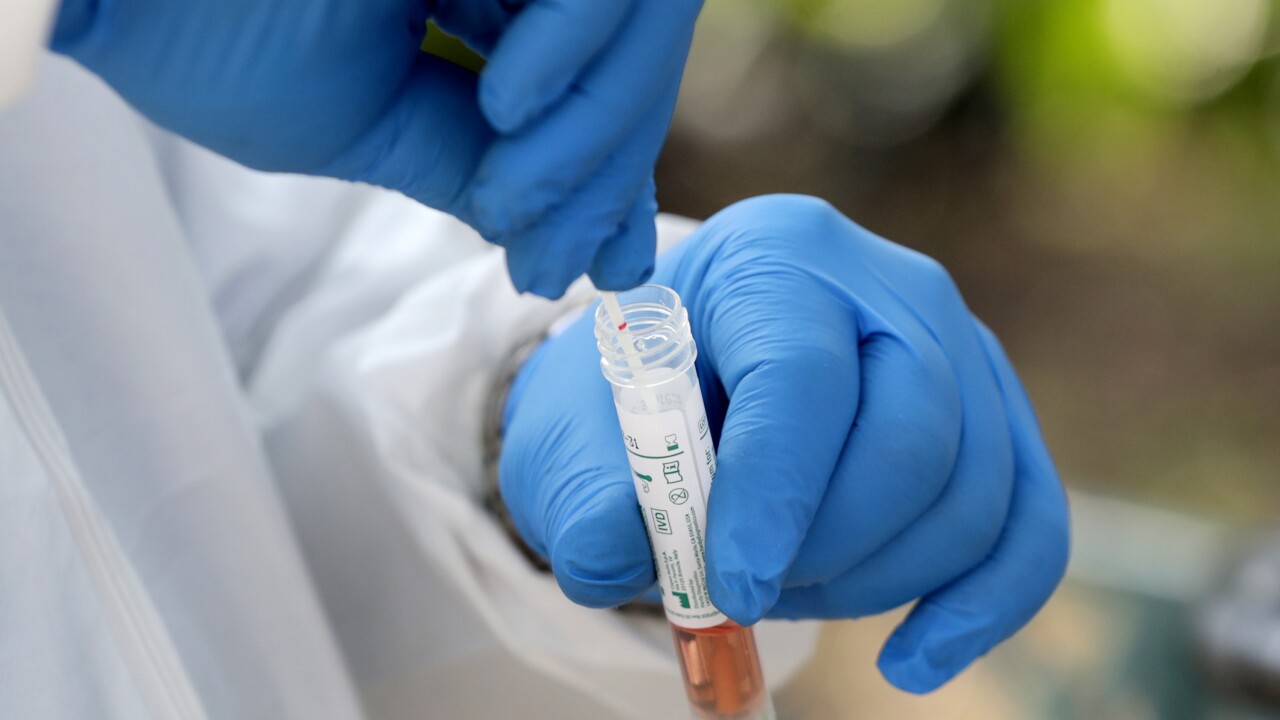 Copyright 2020 The Associated Press. All rights reserved.
Lynne Sladky/AP
FILE - In this April 16, 2020, file photo, a medical worker places a swab in a vial while testing conducting a COVID-19 test.

The Wake Forest Institute for Regenerative Medicine says it has a new use for its bioprinting system. In the past they've 3D printed normal-size organs and tissues in hopes of someday implanting them in patients.

For the coronavirus, the lab is creating organs using human cells that can be as small as a pinhead. They're focusing on the organs most likely to be infected by the disease. like the lungs.

“And so we've been playing with a number of agents to, on both prongs what can make it more infective, what can make it less infective to try to sort this out for the future,” Anthony Atala, director for the institute said.

Atala says he hopes the system will help in testing drugs before they hit the market.Drug companies do extensive testing and clinical trials in people before releasing a new medication.

Atala says sometimes those companies find no serious side effects, but then years later, discover that it's toxic to patients taking it. Atala says testing a drug using the bioprinting system can tell if a drug is toxic in weeks instead of after years on the market.

“Even though we've used the tool extensively for toxicity testing, it's also a tool that can be used for screening,” Atala said. “So we can test agents that are currently being considered for testing against COVID and test the efficacy of the treatment on miniature human organs made up of normal cells”

To be clear, Atala said drug tests on 3D printer organs are not meant to replace clinical trials in humans, be are an added step to better predict what will happen in those trials.