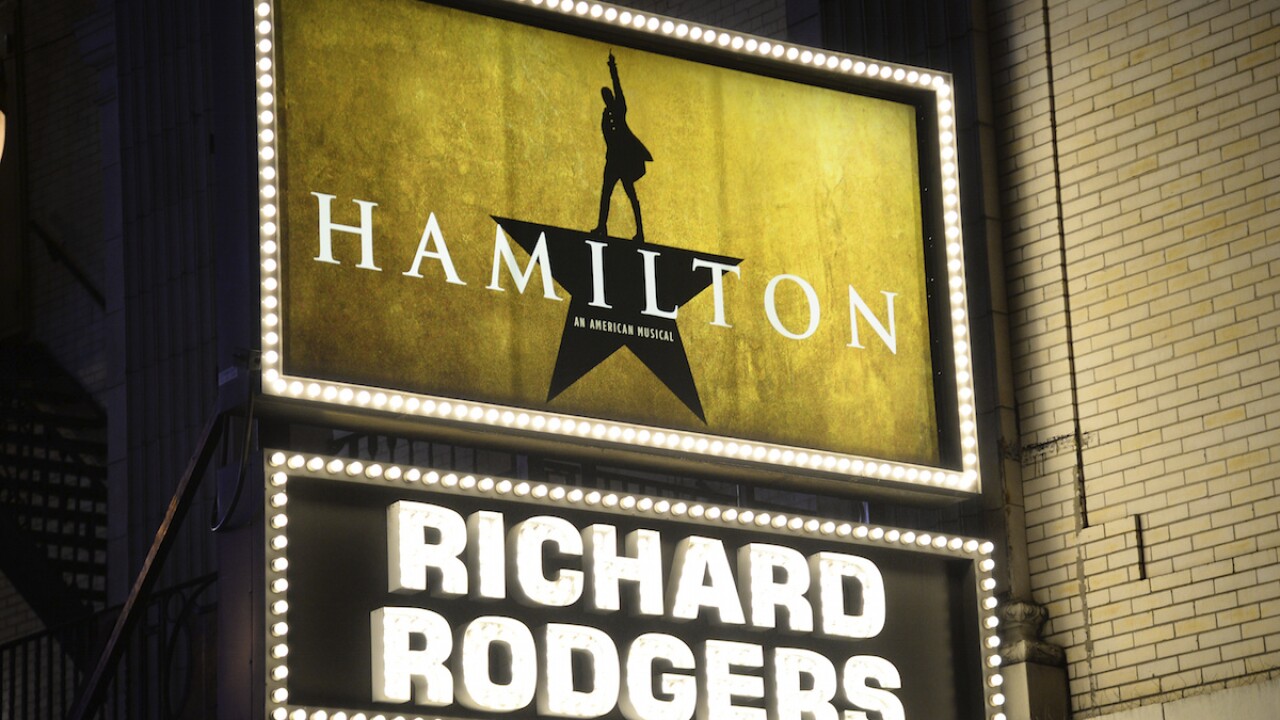 Evan Agostini/Evan Agostini/Invision/AP
FILE - This July 9, 2016 file photo shows The "Hamilton" marquee at the Richard Rogers Theatre in New York. The Walt Disney Company said Tuesday, May 12, 2020, it will offer the live capture of Miranda’s show on Disney TV Plus starting on July 3. It had been slated to be in movie theaters in October, 2021. (Photo by Evan Agostini/Invision/AP, FIle)

NEW YORK (AP) — This July Fourth holiday, you'll be able to see the original Broadway cast of "Hamilton" perform the musical smash from the comfort of your couch.

The Walt Disney Company said Tuesday it will put the live capture of Lin-Manuel Miranda's show on Disney TV Plus starting on July 3.

It had been slated to be in movie theaters in October, 2021.

The film was made at the Richard Rodgers Theatre on Broadway in June of 2016, and stars all of the original Tony Award winners.