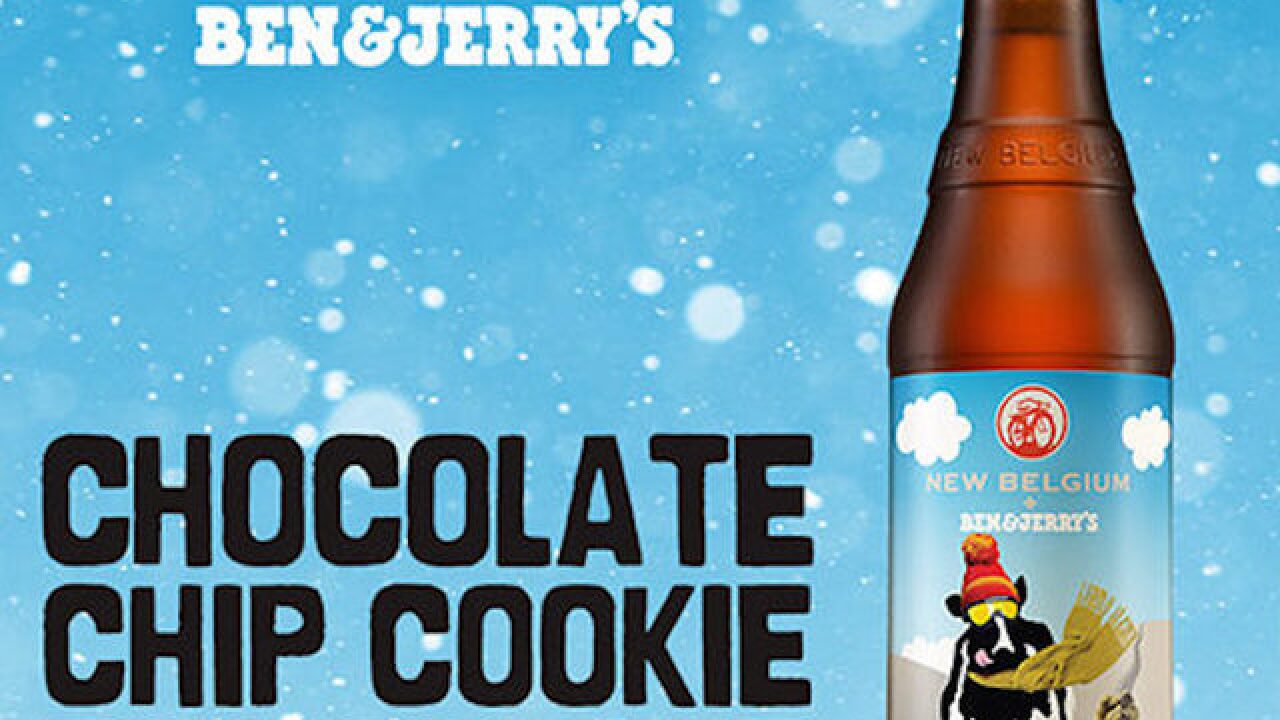 If you love chocolate chip cookie dough and beer, you just may experience a little slice of heaven this fall when the two become one.

Ben & Jerry’s, the masters of delicious ice cream flavors, and New Belgium Brewing have teamed up to release a Chocolate Chip Cookie Dough Ale. The two companies paired up last fall to produce a limited-edition Salted Caramel Brownie Brown Ale, and in both cases collaborated not only to make a delicious new brew but to raise money for a good cause, too.

This article originally appeared on Simplemost.com

As with last year’s batch, $50,000 in proceeds from Cookie Dough Ale sales will go to support Protect Our Winters (POW), a nonprofit dedicated to raising awareness around climate change.

“We are excited to be partnering once again with the good folks at Ben & Jerry’s and POW,” said New Belgium Director of Sustainability, Jenn Vervier, in a statement from the Colorado-based brewer. “The beer in development tastes amazing and we look forward to talking about climate change and climate action. With the upcoming election and a new administration, year two is even more important than the first round.”

So how might this new beer taste, you ask? If it’s anything like the Salted Caramel Brownie Ale, which got a “good” rating from Beer Advocate, you can bet it’ll be pretty delicious.

While you’ll have to wait until the fall to taste it, in the meantime, check out some of these recommended ice cream and beer pairings from Ben & Jerry’s and New Belgium. Accumulation White IPA and Strawberry Cheesecake ice cream? Shapshot Tart Wheat and Cherry Garcia? Yes, please!

Six ways to maximize your trip to TGI Fridays

9 iPhone Updates That Will Forever Change The Way We Text