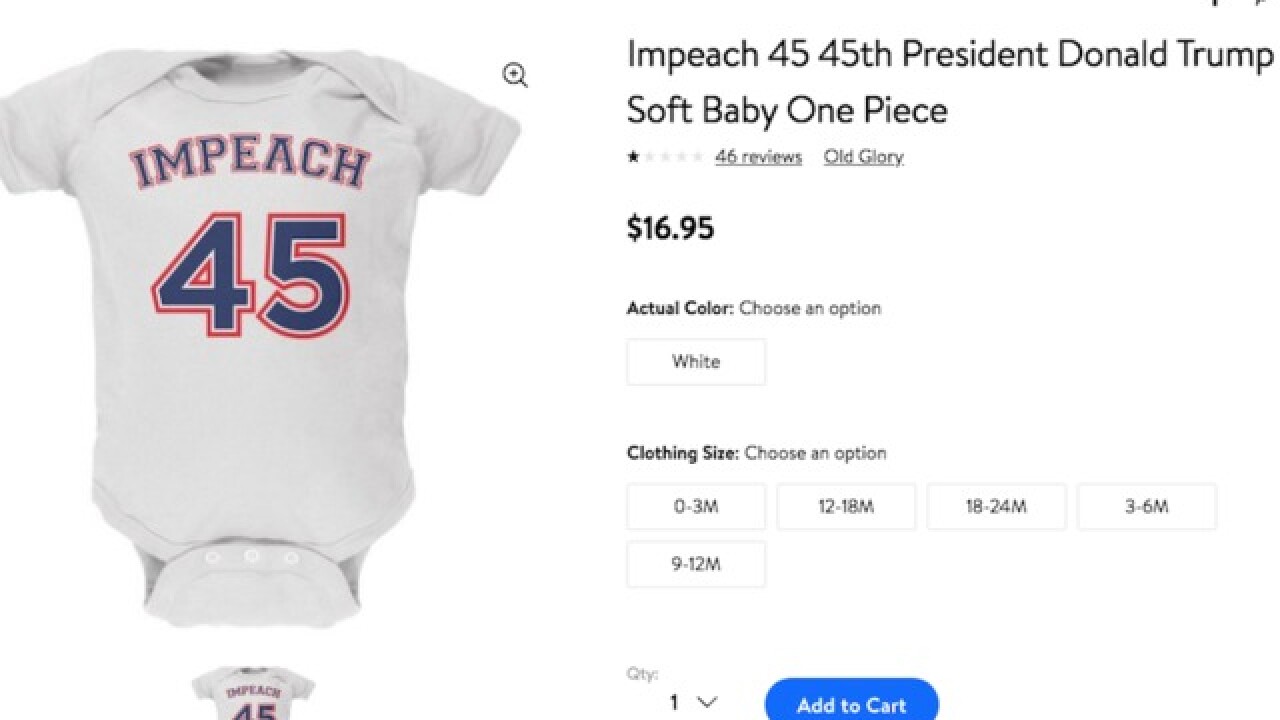 Walmart is facing criticism from conservatives for selling apparel that encourages the impeachment on President Trump.

The criticism appears to have begun with conservative activist and Trump supporter Ryan Fournier, the chairman of Students for Trump. On Monday evening, he tweeted a link of an "Impeach 45" baby onesie being sold on Walmart's website.

".@walmart why are you selling Impeach 45 baby clothes on your website?????" Fournier tweeted. "What kind of message are you trying to send?"

. @walmart why are you selling Impeach 45 baby clothes on your website?????

What kind of message are you trying to send? https://t.co/PwI4nCVAZx

Other Trump supporters called for a boycott of Walmart until the store removed the "impeachment" items.

Not that I needed another reason to Boycott Walmart, but they just gave me one and solidified it for me. #BoycottWalmart #istandwithtrump pic.twitter.com/WJLPCBIs8u

However, the onesie was not made by Walmart — it was made by Old Glory Music & Entertainment , a third-party retailer that makes political-themed merchandise. Old Glory then sells its products in Walmart stores and online.

In fact, both Old Glory and Walmart both offer a number of pro-Trump T-shirts , caps and accessories .

The baby onesie is not the first time that Old Glory merchandise has gotten Walmart into trouble. In December 2016, Walmart agreed to stop selling a controversial " Bulletproof Black Lives Matter " shirt.

In 2017, Walmart agreed to pull a shirt made by another third-party supplier that encouraged the lynching of journalists .