Coloradans can now change their gender identity on their birth certificates 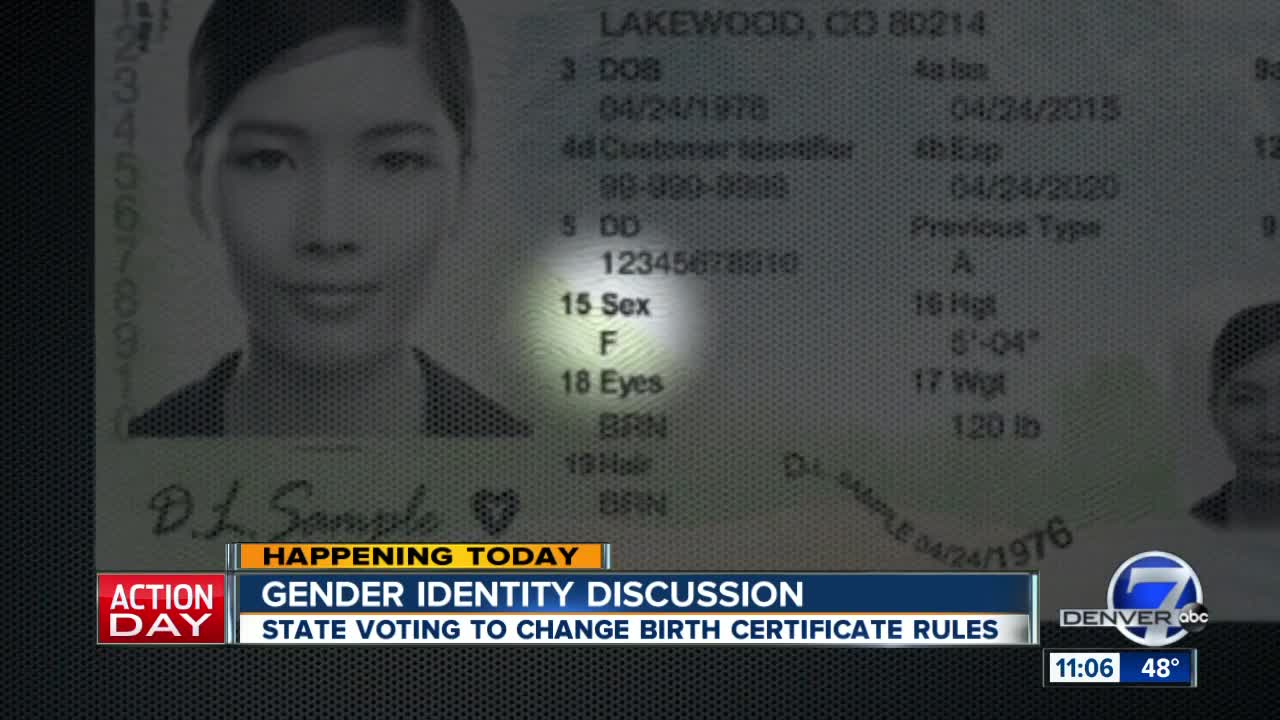 The Colorado Department of Health and the Environment has approved a major change to the way state birth certificates work. 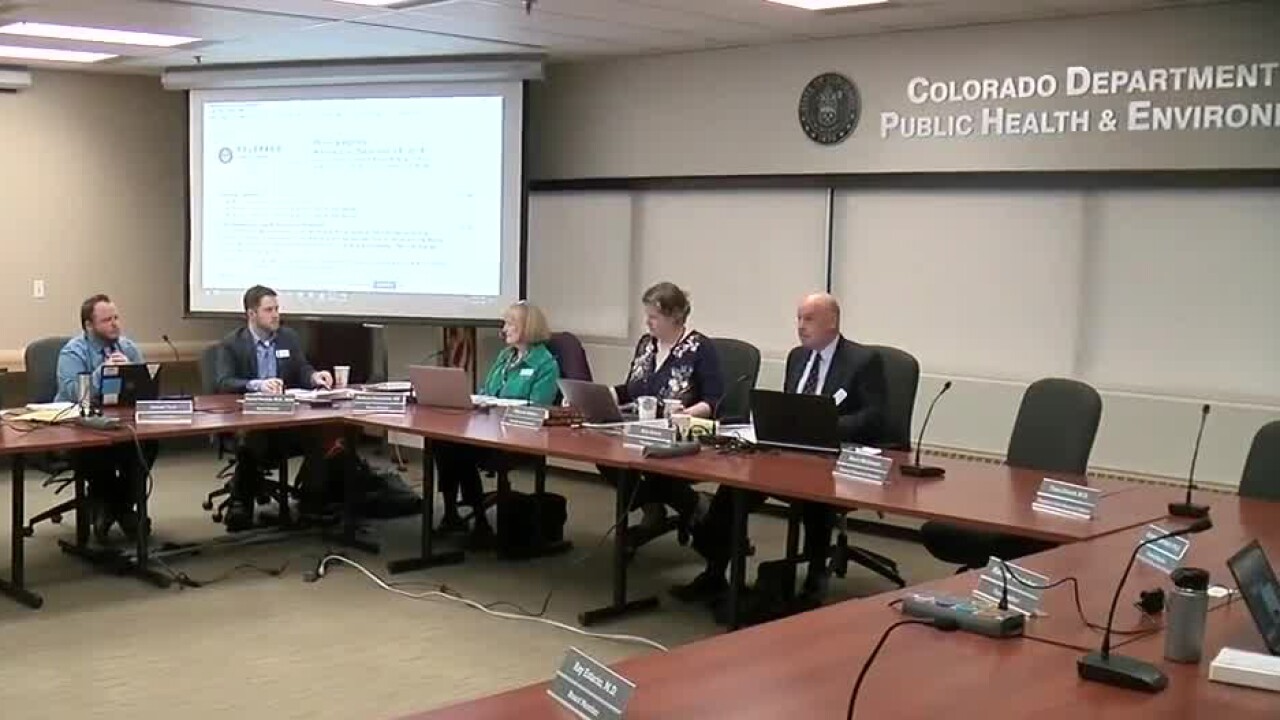 DENVER — The Colorado Department of Health and the Environment has approved a major change to the way state birth certificates work.

During its monthly meeting on Wednesday, the board voted to allow more identifying options for birth certificates. There will now be four options: male, female, X and intersex.

The move follows a state change on Nov. 30 to driver’s licenses and identification cards that added the third option of "X" for a person’s sex.

The board of health also approved simplifying the process to change the gender identity on a birth certificate. Under current requirements, a person must undergo gender reassignment surgery and prove it to a judge in order to qualify for the change to their birth certificate.

Under the newly approved rules, those wishing to change their identities would simply need to fill out a form — no surgery required. Minors will also need a note from either a doctor or a mental health professional supporting the transition. Those who want to change their gender identity can only do so once without a court order.

Advocates for the new rules said the gender reassignment surgeries are expensive and those who want to change their gender identity may not even want the surgery.

"Transgender individuals often face significant discrimination in the employment housing and healthcare and having a birth certificate that accurately describes exactly who they are is huge in reducing the discrimination," said Emma Shinn, a transgender former marine. She was in attendance Wednesday morning.

This decision comes in the wake of a civil lawsuit brought by a 13-year-old against the state after he was not allowed to change his gender identity on his birth certificate.

This is one of several changes the LGBTQ community is fighting for. Two others could play out in the Colorado state legislature during the next session:

First, advocates said they want state ID cards to change the identifying wording from “sex” to “gender” in order to better correlate with how people feel about their identity, rather than how they were born.

Second, advocates want a change to Colorado law when it comes to a transgender person switching their name to better reflect their gender. Right now, Colorado law requires a transgender person to seek a court order and print their old and newly chosen names in the newspaper three times within 21 days before officially making the switch. Advocates said that requires these individuals to out themselves to their entire community unnecessarily.

#Breaking : Colorado Board of Health votes to approve gender changes on birth certificates to allow four options: male, female, X and intersex. They also made it much easier for people to change their gender on their birth certificate without a judge or operation. @DenverChannel pic.twitter.com/dqkbx3SWjP