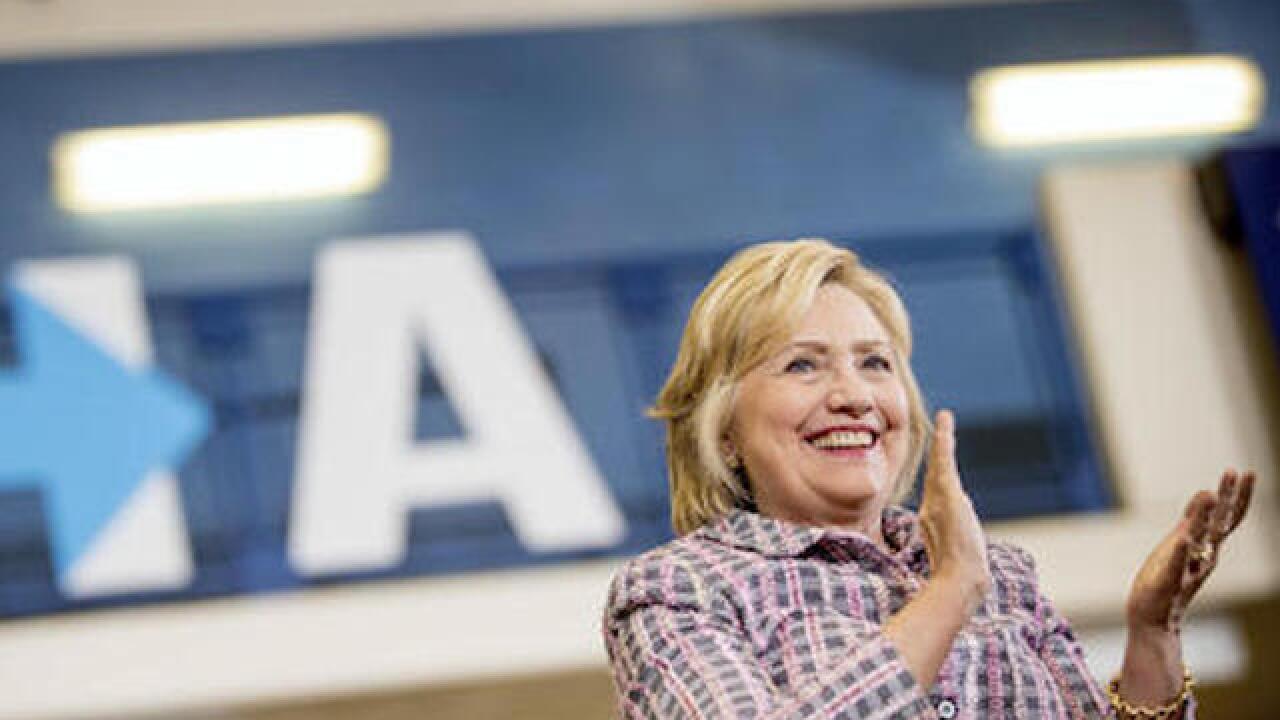 WASHINGTON (AP) — Hillary Clinton raised $63 million in July for her presidential campaign, her best month yet and a summertime haul that puts her ahead of President Barack Obama's fundraising at the same point in his re-election race.

The Democratic nominee also may have outraised her Republican opponent once again. In addition to her campaign money, she brought in another $26 million last month for the Democratic National Committee and state parties, bringing her total monthly fundraising to about $90 million.

Donald Trump said Monday that he'd raised $35.8 million for his campaign in small donations, but he has not disclosed his full July total. Like Clinton, Trump has a fundraising partnership with party allies through which he can collect checks of hundreds of thousands of dollars from individual donors.

Both campaigns must provide their latest fundraising details to federal regulators by August 20.

The Clinton campaign said it began August with $58 million in the bank. And that's not because she is penny-pinching. Clinton has maintained a 700-plus-person campaign payroll and spent $35 million on television commercials between the last week of June and last week, according to Kantar Media's campaign advertising tracker.

July was her first full month as the party's clear nominee, and that showed in her finances. She saw a 75 percent increase over her previous best fundraising month, which was June, when her campaign collected $36 million. Looking back at the previous presidential race, Obama's campaign took in about $49 million in July 2012, finance records show.

Clinton has worked to build out her online fundraising operation and saw her top total in that area just last week as she officially accepted her party's presidential nomination at its convention in Philadelphia. The campaign said she raised more than $8.7 million in the 24 hours around her speech.

Her onetime Democratic opponent, Bernie Sanders, raised more than $6 million in the 24 hours after winning the New Hampshire primary, after declaring in a nationally televised victory speech that he was "going to hold a fundraiser right here, right now, across America."

Trump also has trained his attention on online fundraising, netting more than $3 million in the 24-hours after making his first email solicitation for campaign cash in June.