Clinton pushes back against GOP on veterans' health issues 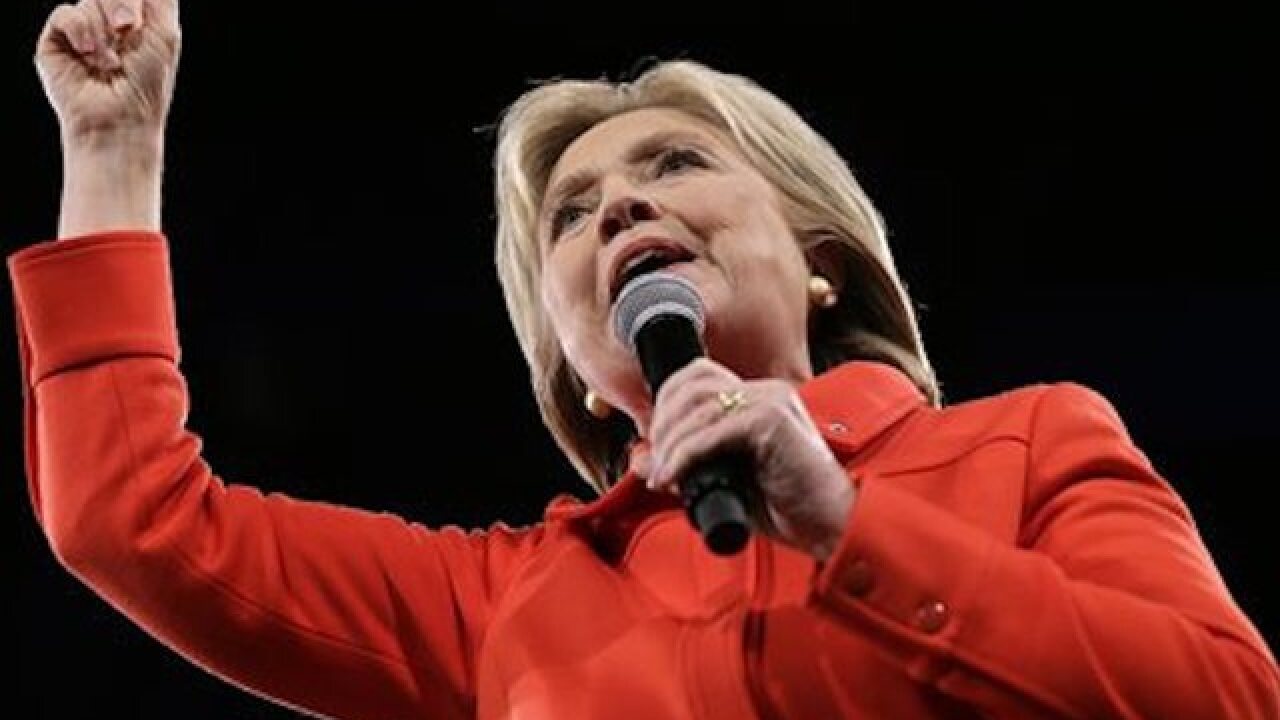 DERRY, N.H. (AP) — Hillary Rodham Clinton outlined steps to improve the Department of Veterans Affairs on Tuesday, casting herself as a protector against proposals to privatize the sprawling health care system for those who have served in the military.

In a pre-Veterans Day event, the Democratic presidential candidate said she would seek to improve veterans' health care, modernize veterans' benefits system and address an unwieldy bureaucracy that was exposed in a scandal involving chronic delays for those seeking medical care or to have their claims processed.

"These problems are serious, systemic and unacceptable. They need to be fixed," Clinton said at a Veterans of Foreign Wars hall. She added: "Privatization is a betrayal, plain and simple and I am not going to let it happen."

Clinton's town hall meeting included questions about how she might tackle the threat posed by Islamic State militants if she becomes commander in chief. Clinton said in response to a question that she does not currently support a declaration of war against the Islamic State given the diffuse nature of the group and the potential costs. "If you have a declaration of war you better have a budget that backs it up," she said.

Her plan for veterans would seek fundamental changes to veterans' health care to ensure access to high quality health care in a timely fashion and address the backlog in claims. She said within the first 30 days of taking office she would convene the defense secretary and VA secretary for regular meetings and there would be "zero tolerance" for abuses and delays within the system.

Her campaign has pointed to plans circulated by the conservative Concerned Veterans for America that would seek to privatize the Veterans Health Administration. But Republicans say she has overstated efforts to privatize veterans' health care.

Responding to her proposals, GOP officials said Clinton was offering hypocrisy, noting that her plan would allow the government to contract with the private sector for certain services such as special inpatient or surgical procedures and access to mental health and substance abuse treatment when the VA couldn't provide timely access to care.

"Her proposal today makes clear she is only attacking Republicans for political gain. The men and women who serve in our Armed Forces deserve better than the political gamesmanship in which Clinton is engaging," said Jeff Bechdel, a spokesman for America Rising PAC.

Clinton was forced to backtrack last month after she said in an interview with MSNBC that the veterans' health care scandal was not "as widespread" as suggested, and accused Republicans of politicizing the agency.

Republicans, led by Arizona Sen. John McCain, responded that Clinton had "a total lack of appreciation for the crisis facing veterans' health care" and urged her to apologize. Phoenix was the epicenter of the wait-time scandal that led to the resignation of former VA Secretary Eric Shinseki and a new law overhauling the agency and authorizing billions in new spending.