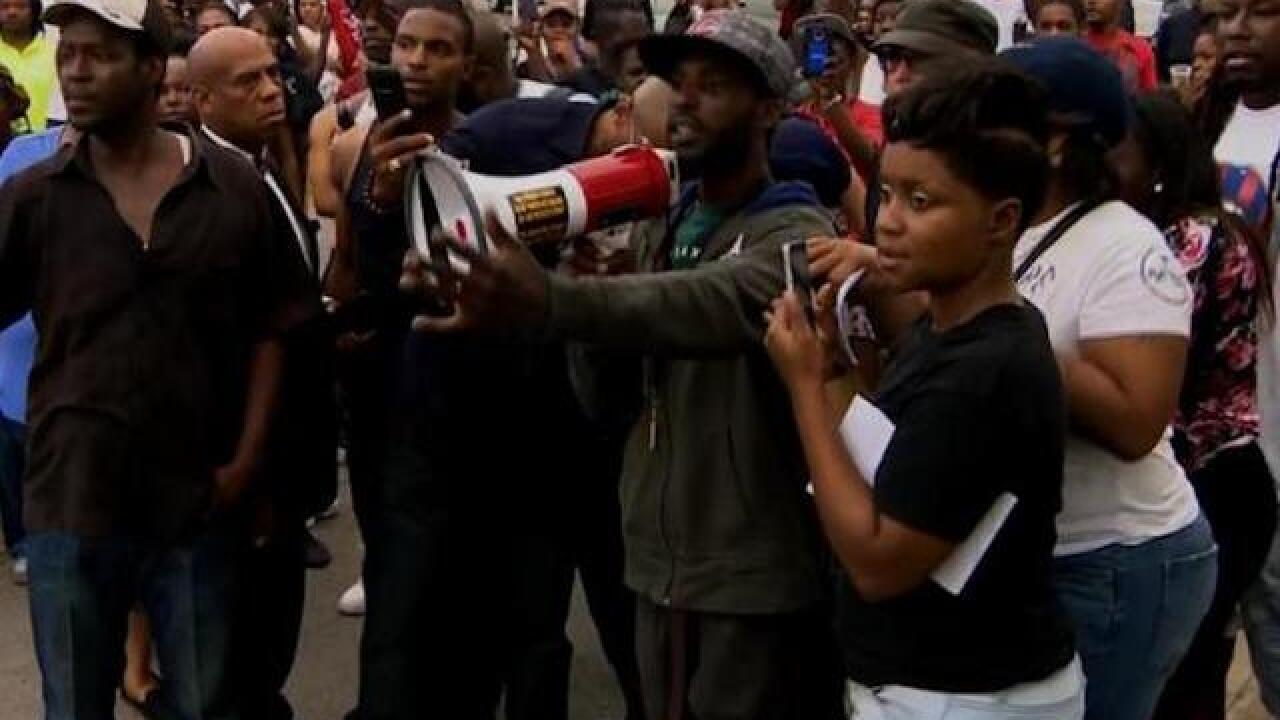 © 2018 Cable News Network, Inc.
CNN
<p>An officer in Chicago knocks the phone out of a journalist's hand during protests after one man was fatally<br /> shot by police.</p>

Protesters chanted and threw rocks at Chicago police Saturday night after an officer shot and killed a man in the city's South Side hours earlier, authorities said.

At least four people were arrested and several officers were injured, police said.

The incident started as several police officers were patrolling the city's South Side on foot. They spotted a man "who they thought might be armed" and approached him, Chicago Police Chief of Patrol Fred Waller told reporters.

The man became combative and pushed officers' arms away before reaching for a weapon on his waist band, Waller said.

At some point during the confrontation, the unidentified man was shot, police said. He was taken to a local hospital, where he was pronounced dead.

Police recovered a weapon at the scene but the man did not fire his gun at officers, Waller said.

Residents had asked for more police presence in the area where the shooting took place, Waller added. Hours after the shooting, dozens of people gathered to protest the man's death.

At least four people have been arrested and several officers were injured with rocks and bottles, Chicago police spokesman Anthony Guglielmi tweeted. It's unclear what their charges are.

Protesters were seen approaching and shouting at the police officer cordon.

"Who do you protect? Who do you serve?" they shouted at officers as the protest continued into the night.

In a statement, the city's Civilian Office of Police Accountability said it's committed to a thorough, objective and unbiased investigation of the shooting. It asked for the public's patience and cooperation.

The officers involved will be placed on routine administrative duties for 30 days, authorities said.

Chicago residents have taken to the streets to protest police-involved shootings before. In 2015, protesters blocked Interstate 94 after police released a graphic dash-cam video showing an officer shooting Laquan McDonald, 17.