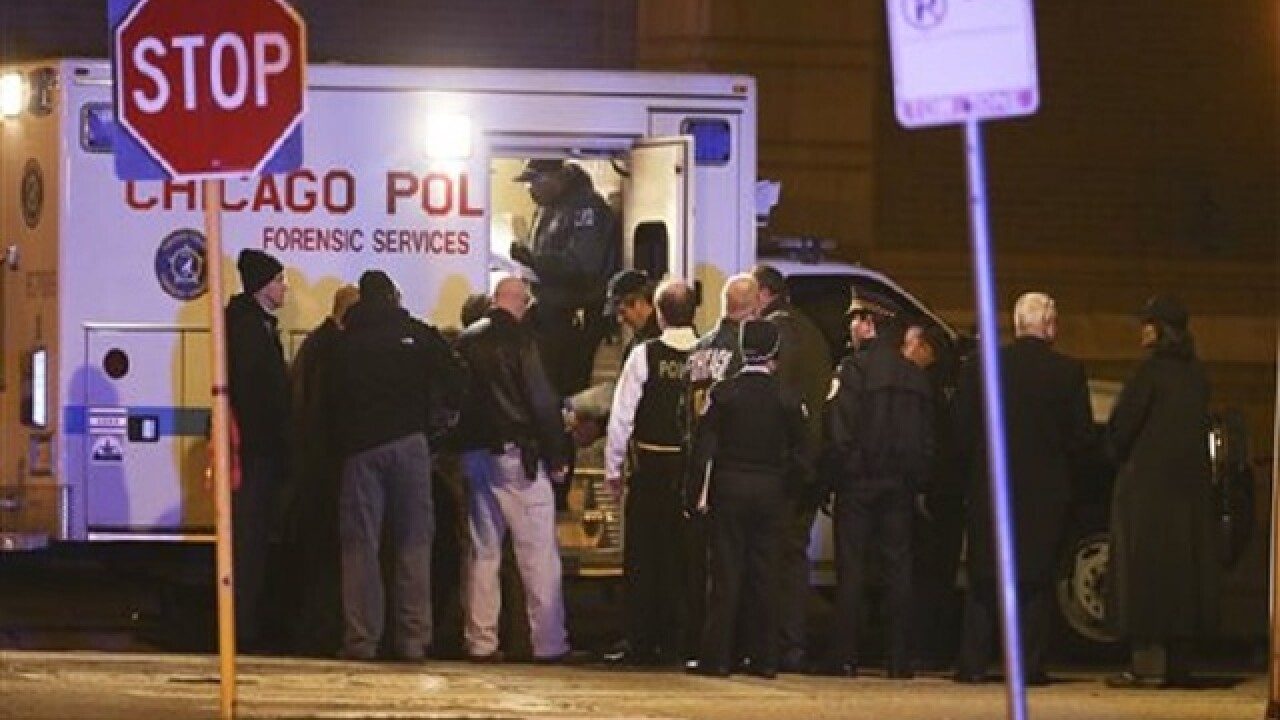 CHICAGO (AP) — A shootout between Chicago police and a suspect in drug activity on the city's West Side late Monday left one man dead and three police officers wounded.
The officers were rushed to Stroger Hospital for treatment of injuries that are not life-threatening, according to police spokesman Anthony Guglielmi.
The shooting occurred as several police officers were investigating reported drug activity in a residential area of the Homan Square neighborhood, Guglielmi said. The officers observed two men acting suspiciously and decided to investigate further, announcing their presence, he said.
The two men fled, with police giving chase. One of the men ran into a gangway between two buildings and opened fire in the direction of the officers, hitting three of them multiple times, Guglielmi said.
He said one of the officers returned fire, fatally injuring the suspect, who hasn't been identified. It wasn't immediately known if the second suspect was in custody.
Interim Police Superintendent John Escalante was to visit the officers at the hospital and hold a press conference later.
The shooting comes a day after authorities say an undercover narcotics officer in Maryland was mortally wounded by one of his colleagues as he responded to an attack on his police station by a gunman.
"Every day the dedicated men and women of the Chicago Police Department put themselves in danger so the rest of us can be safe," Chicago Mayor Rahm Emanuel said in a statement. "Tonight we were reminded of the dangers that our police face, and the bravery that they routinely display as three of our officers were shot in line of duty."
Associated Press 2016