CDC still has not cleared all romaine lettuce safe to eat 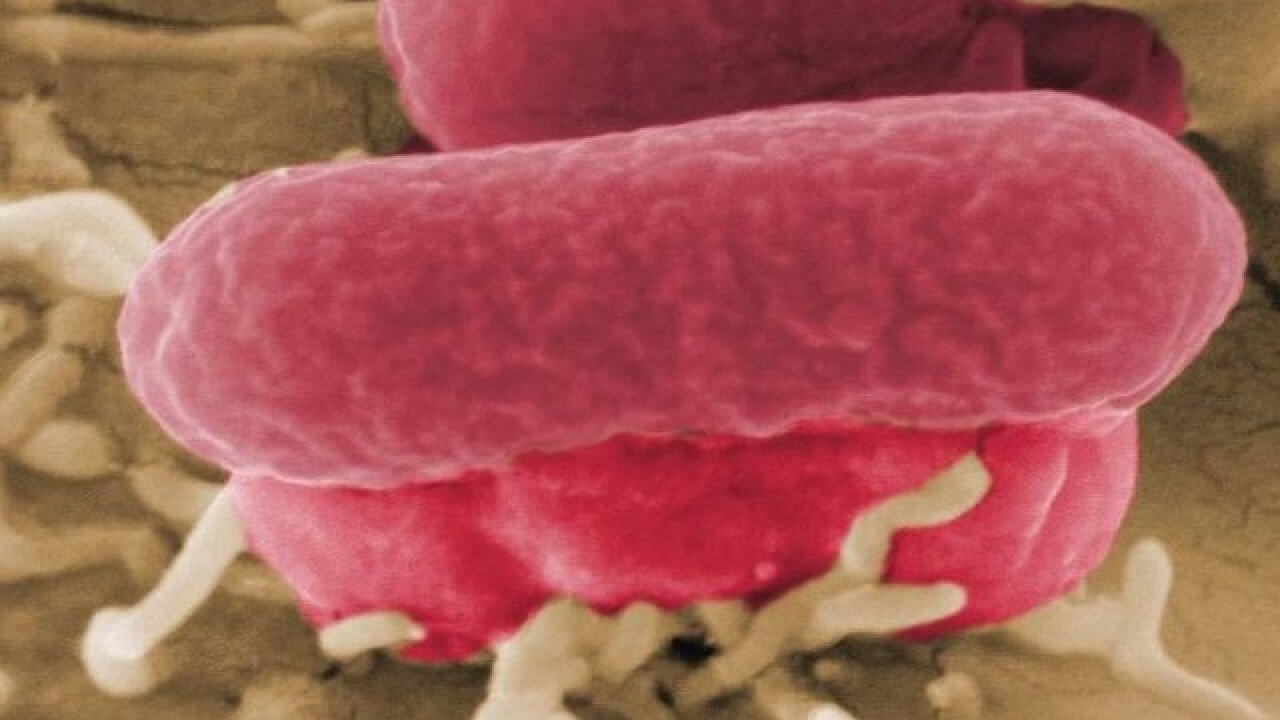 Copyright 2018 Scripps Media, Inc. All rights reserved. This material may not be published, broadcast, rewritten, or redistributed.
Getty Images
<p>The strain of E. coli causing the current outbreak in romaine lettuce has been found in a reservoir on a farm in Santa Barbara County, California, the US Food and Drug Administration and Centers for Disease Control and Prevention announced Thursday.</p>

The strain of E. coli causing the current outbreak in romaine lettuce has been found in a reservoir on a farm in Santa Barbara County, California, the US Food and Drug Administration and Centers for Disease Control and Prevention announced Thursday.

The agencies are continuing to investigate other possible sources, and the CDC still advises consumers not to eat romaine lettuce grown in California's Monterey, San Benito and Santa Barbara counties until investigations are complete.

"We cannot say how many cases are linked to this specific farm at this time," Ian Williams, chief of the CDC's outbreak response and prevention branch, said at a press briefing. "We have to do additional work at this farm and other farms that are being identified from our investigation."

Properly labeled romaine grown outside those three counties and harvested after November 23, as well as romaine grown in greenhouses or hydroponically, should all be safe from contamination, the CDC said. The earlier warning against eating romaine from California's San Luis Obispo, Santa Cruz and Ventura counties has been lifted.

The agency stressed that consumers should continue to avoid any romaine lettuce not labeled with the harvest date and location.

The CDC has identified another seven illnesses since its update December 6, bringing the total people infected with E. coli to 59 across 15 states and Washington, D.C. The last reported illness was November 16. There have been 23 hospitalizations and two cases of hemolytic uremic syndrome, a type of kidney failure. No deaths have been reported.

While calling it "premature" to call the outbreak over, Williams said it was a good sign that the most recently identified cases were in the same time period as the main outbreak.

"We're hopeful that it's moving in the right direction," Williams said. "It's still too early to tell."

Water and sediment at the irrigation reservoir on the property of Adam Bros. Family Farms in Santa Maria tested positive for E. coli O157:H7 and was a nearly identical genetic match to the strain found in people who have fallen ill, Williams said.

But the contaminated water at that farm does not fully explain all of the illnesses so far, nor do the agencies know how the reservoir became contaminated with the bacteria.

"We don't believe this is the only location involved in the outbreak," said Dr. Stephen Ostroff, senior adviser to FDA Commissioner Dr. Scott Gottlieb. So far, the investigation has identified 11 distributors, nine growers and eight farms as potential sources.

Many of the affected individuals ate more than one meal of romaine, across a number of different restaurants, said the CDC, further complicating the trace-back investigation.

CNN has reached out to Adam Bros. Family Farms for comment.

E. coli are a diverse family of bacteria that can be found in the environment, in foods and in the intestines of people and animals. Most strains are harmless.

Symptoms of an E. coli infection, which usually begin about three or four days after consuming the bacteria, can include watery or bloody diarrhea, fever, abdominal cramps, nausea and vomiting, according to the CDC.

Most people infected by the bacteria get better within five to seven days, though the particular strain of E. coli in the California outbreak tends to cause more severe illness.