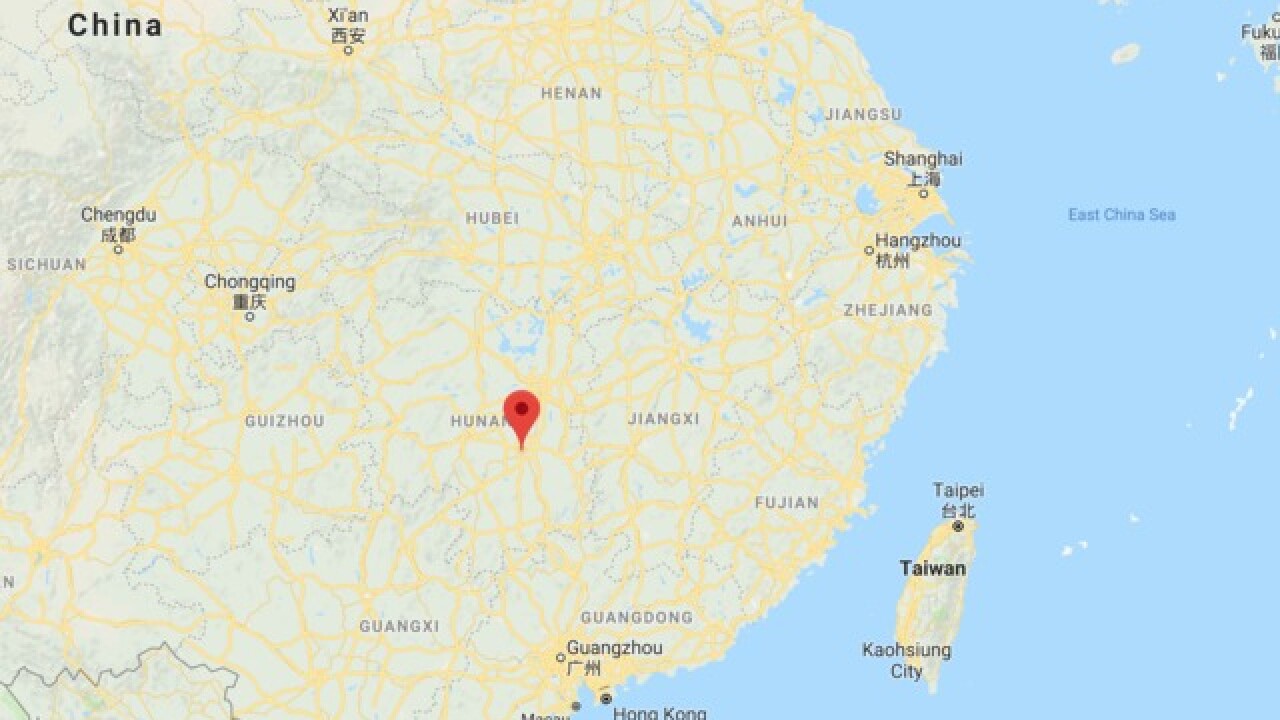 At least nine people were killed after a driver of a SUV intentionally crashed into crowds at a busy public square in central China late Wednesday evening, local government officials said.

Videos and photos circulated on social media purportedly show large crowds of up to several hundred people running frantically from the square in different directions, amid bodies laying scattered on the ground.

The incident, which occurred in the city of Hengyang, in Hunan Province, left at least 46 people wounded, three of them severely, officials confirmed.

"There was a vicious incident that a person drove deliberately into crowds at Mijiang Square," the the local government said in a press statement.

The motive for the crash, which occurred about 7:35 p.m. (7:35 a.m. ET), has yet to be determined. The driver, identified only by a surname, Yang, was taken into custody at the scene of the incident.

Hengyang is located about 330 miles (530 kilometers) north of Guangzhou.

Similar acts of violence been reported throughout China in recent years, many of which were carried out due to personal grievances.

But the Chinese government has long worried about the potential for extremists or separatist groups to carry out similar attacks. To that end, Beijing has carried out mass security operations and cracked down on dissent in Tibet and the far western province of Xinjang, home to large minority groups.

Rights advocates have accused China of carrying out a campaign of systemic mass detention of tens of thousands of ethnic Uyghurs and other Muslims minorities in political re-education camps without being charged or tried.

The Chinese government has forcefully denied the allegations.