How Democrats coordinated a tense start to Kavanaugh hearing 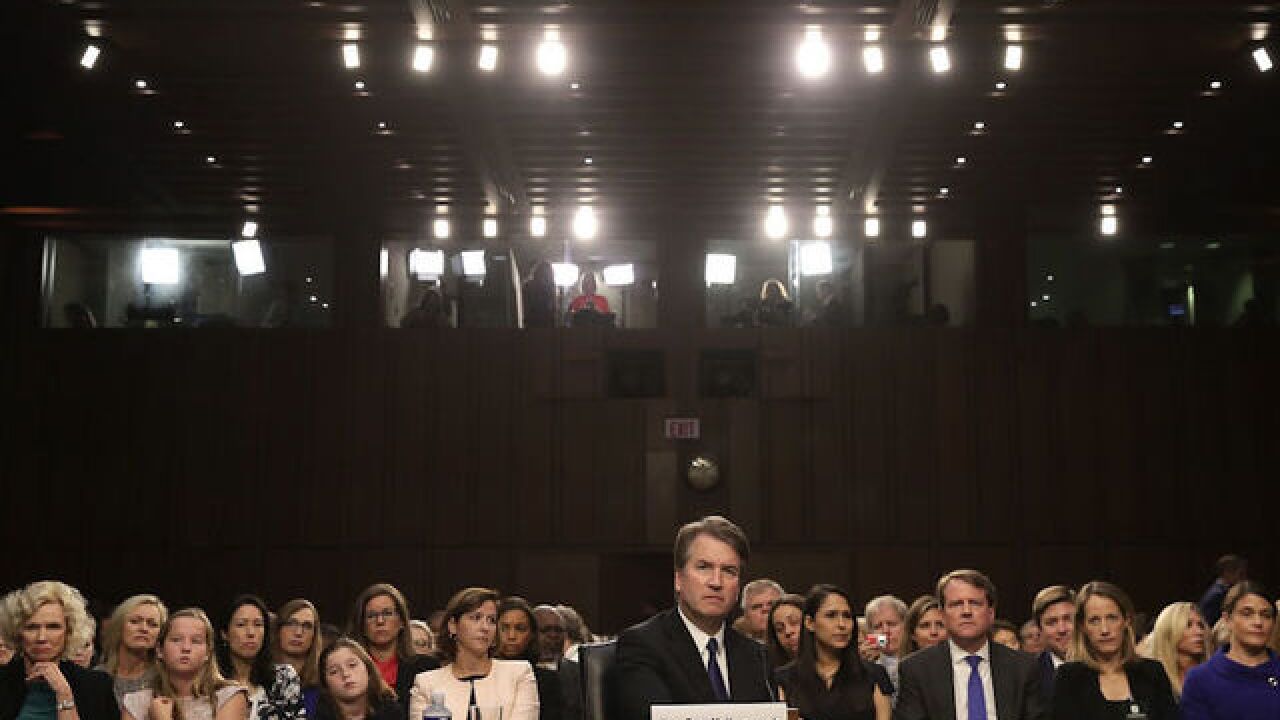 Democratic senators opened Judge Brett Kavanaugh's confirmation hearing with an aggressive approach Tuesday, pushing to postpone the hearing and repeatedly interrupting the Senate Judiciary Committee chairman as they accused Republicans of rushing ahead with a nomination while they wanted more documents about President Donald Trump's Supreme Court nominee.

The tense mood came after a weekend of coordination among Democrats, according to a person familiar. Throughout the holiday weekend, there were ongoing discussions, including a call led by Senate Minority Leader Chuck Schumer, a New York Democrat, to lay out a plan ahead of Tuesday's hearing. Senate Judiciary Committee Democrats agreed to protest the document issues at the beginning of the hearing with the goal of slowing down the process. When 42,000 documents were sent to the Capitol Hill on the night before the hearing, they had renewed ammunition.

Democrats' theatrical actions at the start of the hearing came as there is little the party can actually do to stop Kavanaugh's nomination from moving forward. After Republicans changed the rules last year, Kavanaugh can be approved without a single Democratic vote. But despite the political realities, the fact remains that the Democratic base wants more from the minority.

"What is the rush, what are we trying to hide by not having the documents out front?" New Jersey Democratic Sen. Cory Booker asked at the hearing.

"These things are going to be said throughout this hearing. We are going to be in session Tuesday, Wednesday, Thursday, Friday, Saturday, Sunday 'til we get done this week, so however long people want to take. We're going to not necessarily accommodate all obstruction, but if people got something to say, this chairman is gonna let them say it," Grassley said. "It gets pretty boring to hear the same thing all the time."

As the hearing was underway, both Booker and Sen. Kamala Harris of California -- often cited as potential 2020 presidential contenders -- sent emails to supporters asking them to sign up with their names and contact information to stand against Kavanaugh, often seen as a way for senators to build contact lists.

The hearing also saw a number of protesters. People were escorted out of the hearing with some sharing personal reasons for their protest, like one woman who was in a wheelchair and expressed concern over her pre-existing condition. Others yelled that Kavanaugh will enable "President Trump's ability to pardon themselves" and that he was a "threat to women's rights."