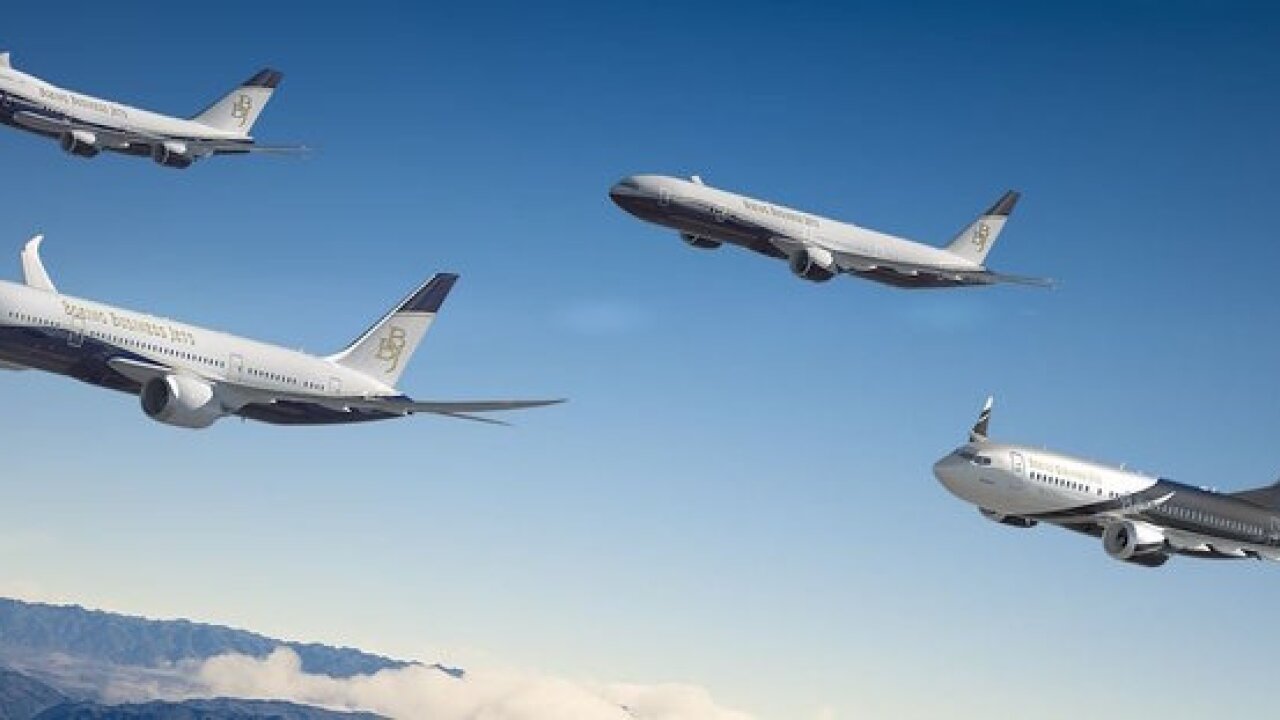 Copyright 2018 Scripps Media, Inc. All rights reserved. This material may not be published, broadcast, rewritten, or redistributed.
Boeing
<p>Boeing has unveiled its newest line of business jets, which the company says will allow VIP travelers to fly non-stop between "any two cities on earth."</p>

Boeing has unveiled its newest line of business jets, which the company says will allow VIP travelers to fly nonstop between "any two cities on Earth."

Depending on which routes the jets are used on, the new models mean Boeing could wrestle the crown for farthest nonstop travel away from Airbus.

Earlier this year, Singapore Airlines  resumed its 17-hour flights  between London and Singapore on Airbus A350-900 ULR (Ultra-Long Range) jets.

But the distance traveled on the record-breaking flights is a mere 9,000 nautical miles (16,700 kilometers), putting it below the range Boeing's new jets are capable of.

The planes "can fly more than halfway around the world without stopping, farther than any business jet ever built," the company said in a statement.

"Our most exclusive customers want to travel with the best space and comfort and fly directly to their destination. The new BBJ 777X will be able to do this like no other airplane before it, redefining ultra-long range VIP travel," Greg Laxton, head of Boeing Business Jets, added at the Middle East Business Aviation Association Show (MEBAA).

The jets could be used to connect New York City with Perth in Western Australia, a journey which currently requires a connection and takes more than a day to make.

The company has released renderings of the plane's interior, although it has not sold any of the planes yet.

Other business jets produced by Boeing include the BBJ MAX and high-performance versions of its 787 Dreamliner.