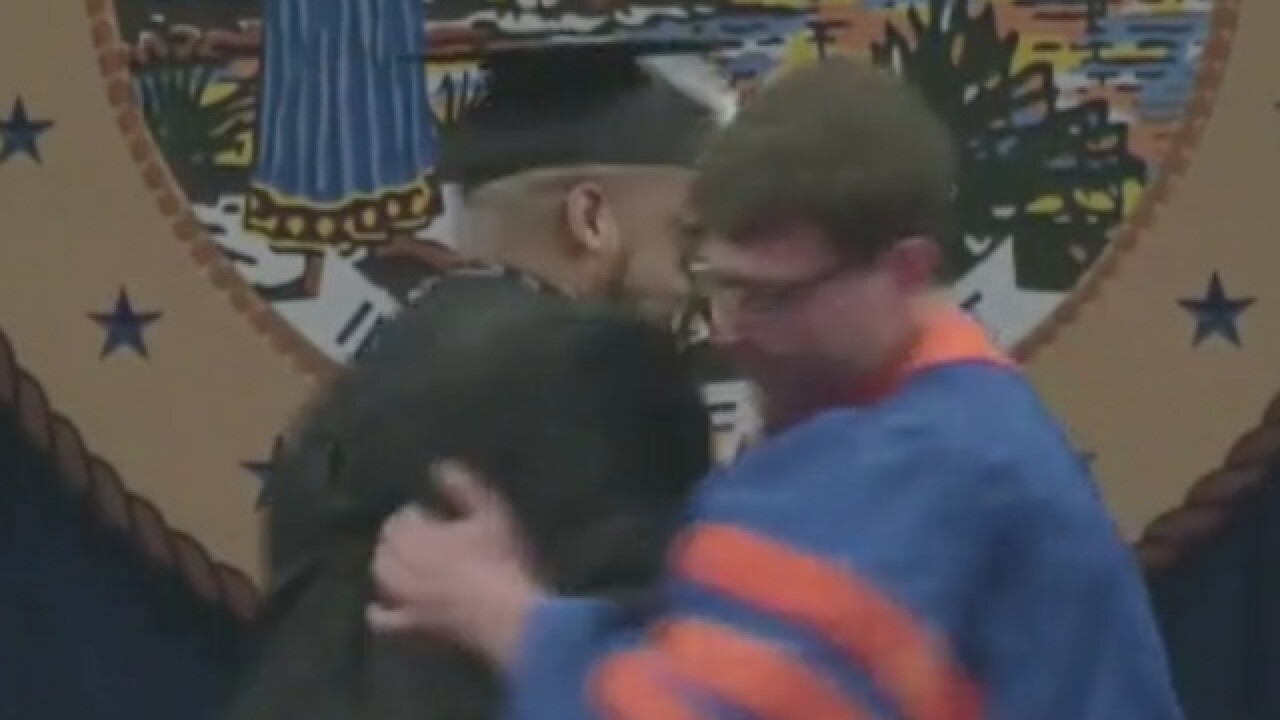 The University of Florida issued a statement of apology on Sunday, one day after several black students were removed from the stage by a white faculty member during the university's commencement.

Video of the incident showed the graduates celebrating their walk down the graduation aisle by dancing, when the usher grabbed the students.

"During one of this weekend’s commencement ceremonies, we were inappropriately aggressive in rushing students across the stage. I personally apologize, and am reaching out to the students involved," Fuchs said. "The practice has been halted for all future ceremonies, and we will work to make sure all graduating students know we are proud of their achievements and celebrate with them their graduation."

UF grad Oliver Telusma, one of the students yanked from the stage, called the incident "embarassing."

"I had just started ... and he picked me up and turned me around, which I thought was kind of embarrassing and degrading to be handled in that manner,” he told the Gainesville Sun. “It was just really uncalled for, especially for anyone not martially trained to do that.”